3 Tools for Staying Sober and Partying This New Year's Eve

Written by Stephanie Watson on December 28, 2016

When I look back on New Year’s Eve of 2015, I have some pretty large gaps in my memory… and not just because that was nearly 350 days ago. I drank a lot that night, and I also suspect that I’ve mentally blocked out certain memories due to how embarrassing my behavior was.

I didn’t forget everything, though. I do remember some of the good stuff: hugging strangers when the ball dropped, feeling like I had all the energy in the world when my favorite song came on the loudspeakers, adding countless new friends on social media, and having a boatload of fun.

But I’ve forgotten a lot. No matter how much fun I had last New Year’s Eve, it was amazing how many names I’d managed to forget, all due to alcohol. Last year, I had to reintroduce myself to someone I’d met three times already, just because both of us were utterly bombed when we met the first couple of times. And it’s not just names—entire portions of the night were gone. My boyfriend asked me if I could remember how we got home, and I couldn’t answer him. Did we walk? Did we get a lift from a sober friend? How on earth did we get back?

Unfortunately, it’s not just a matter of what I forget, it’s also a matter of what I remember too vividly… and most of the embarrassing things I remember while drunk involve vomiting and becoming almost incapacitated. In fact, last year I got so drunk that not only did I spend an hour or so vomiting into a bucket with my boyfriend on one side of me and a friend on the other, but I got thrown out of a cab trying to get home. Which is to say, I was too drunk to be driven home by someone who probably took home more drunk people than sober people that night. To add insult to injury, the driver implied that we shouldn’t call their service again. Do I really want to be known as the girl who got blacklisted from her city’s main taxi service?

It’s not that I’m a particularly heavy drinker, or that I’m chemically dependent on alcohol, but I am an extreme lightweight, and I have a nasty habit of substituting alcohol for social confidence. As someone with social anxiety and an introverted personality, I find it very difficult to be the life of the party without reducing my inhibitions with vodka, gin, and a dash of lemon.

Sober, I think I stick out like a sore thumb; I feel like a creeper when trying to make new friends, as though it’s arrogant to join in on a conversation with fellow partygoers. I know deep down that it’s not arrogant, I’m not a creeper, and that I can and am allowed to put myself out there. But my anxiety lies to me, and the lies feel real… until someone hands me my third rum shot of the night.

Even though this chemical defense mechanism works, I’ve come to wish it didn’t. It’s not fair that it takes drinking past my tolerance level to feel confident. So I’m done. I’m tired of feeling exhausted, confused, embarrassed, and nauseated every New Year’s Day, and this year, I’ve promised myself that I will have a fun New Years Eve, sober.

This is how I’m going to do it.

I actually already had a dry-run—excuse the pun—of my no-booze promise when I went to a Christmas dinner party at the start of December. This is how I know I can have a sober NYE, but I admit it’ll be harder. This won’t be a dinner party with a bunch of people I barely know; it’ll take place with old friends I used to get utterly wasted with, in an apartment, on what must be the most drunken night of the entire year across the planet. To stay sober and socialize, I’ll need three magic tools for the evening…

During my dry-run at the dinner party, I bumped into some peer pressure. I was offered a drink four times, and people were surprised when I said no, and once someone mocked me for it. This was tough, not so much because it made me want to drink, but because it made me want to defend and explain myself. I realize now that this is partially why my anti-drinking plans have failed in the past—it was easier to give in than take the mockery. So on NYE this year, my wine or beer of choice will be a 0% bottle. If I carry this around with me all night, then hopefully it will let people know that I don’t need anything else.

2. A Boatload of Patience

It’s a polite thing to offer someone a drink, whether they’re your best friend who just wants to see you have fun, or a stranger looking to break the ice. But there’s a line where asking someone if they’d like a drink ceases being polite and becomes a form of peer pressure, and that line is after the person you’ve offered a drink to has already said no. If someone asks again nicely, I’ll hold my ground in a civil manner, but for those who get insistent and bullish, I’ll probably have to wave my virgin cola in their face and imply it’s really a rum and Coke. Is that lying? Maybe. But I think it’s justified—if someone is going to judge me for staying sober, then I don’t see why I’d need to go out of my way to treat them with any more respect than they’re showing me.

3. As Much Self-Confidence as I Can Muster

How to Celebrate New Year's Eve Without (Too Much) Booze

Not taking the drink is the easy part—for me, anyway. Distracting myself with non-alcoholic beer and talking to my understanding boyfriend while the music blasts will help a lot, but being social while sober is a whole other story. How do I talk to my boyfriend’s friends when I barely know them? How do I avoid standing in the corner all night?

For that, I guess only time will tell, but my plan is just to take it slow and let my friends introduce me to their friends, instead of waiting for the “perfect” moment to talk to someone new. I’ll watch other people at the party get wasted, and will try to remember that they won’t care (or notice) if I’m awkward. I’ll delve deep into conversations with people I’m already comfortable with, and not care that I’m sticking to my comfort zone instead of branching out. I’ll just go with the flow, wait for people to come to me, and stop putting so much pressure on myself to be social. 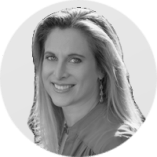 Written by Stephanie Watson on December 28, 2016