Tired of Being Tired All The Time? Your Exhaustion, Explained 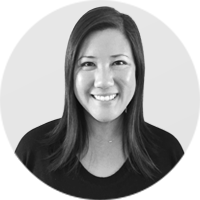 Have you noticed when people ask how you’re doing, your default answer is “OMFG I’m exhausted”? You aren’t alone.

According to the Centers for Disease Control and Prevention, about 15 percent of women and 10 percent of men reported feeling very tired or exhausted within the last 3 months.

While extreme tiredness can be the result of an underlying medical condition, it’s also often related to little things in our daily activities. Here are 10 causes of fatigue that are pretty easy to remedy.

Everything is just *so much*

Stress is just a part of life, and not something you could ever eliminate altogether. But chronic stress can contribute to all kinds of physical and emotional upset, including sleep problems.

Too much stress makes your body vulnerable to illness, headaches, muscle tension, and anxiety. Who wouldn’t be exhausted?

One study found that people with insomnia who are also stressed by relationship problems tend to have worse insomnia and be more alert before sleep, possibly due to rumination — aka worry.

A study on university students revealed a connection between perceived stress levels and sleep quality during exams.

Relax with one of these activities:

Too much stress can interfere with sleep quality and contribute to fatigue. Try to lower your stress level with exercise and mindfulness activities for better sleep.

Energy drinks provide a one-two punch of sugar and caffeine, which makes them a popular choice for people who need to stay awake and alert. But overusing highly caffeinated beverages can leave you feeling more tired.

In a driving simulation study, fatigued participants did get a boost from an energy drink, but that surge came at the price of rebound fatigue after it wore off.

And in a review of 41 studies from 1990 to 2011, evidence showed that people who drank energy drinks experienced more daytime sleepiness the next day.

Think about it this way: Slamming Red Bulls to play video games will only lead to less sleep — and worse sleep.

Here are some other ways to get an energy boost:

Energy drinks may give you a temporary boost, but you’ll pay later, when the extra caffeine and sugar wear off.

Ugh, you’re already tired — how are you supposed to exercise? Nevertheless, many studies have shown that being active can reduce fatigue.

In 2006, University of Georgia researchers analyzed several studies and concluded that regular exercise is associated with more energy and less fatigue.

Researchers in the Netherlands put highly fatigued university students on a 6-week exercise program. The students had improvement in overall fatigue and need for recovery, and 12 weeks after the study, 80 percent of them were still exercising and reaping benefits in fatigue and sleep quality.

Another study in 2013 found that one exercise session of low-to-moderate intensity lasting more than 20 minutes made people feel more energetic.

Easy ways to get moving:

It may seem counterintuitive, but exercise will give you more energy. Regular exercise can have long-term benefits for energy and sleep quality.

Besides feeling tired, how can you tell if you’re getting poor-quality sleep?

According to the National Sleep Foundation, you’re not sleeping well if it takes more than 30 minutes to fall asleep, if you wake up more than once per night, or if you stay up for more than 20 minutes after waking in the middle of the night.

How to get better sleep, even if you can’t get more:

Making a few modifications to your daytime habits can mean sleeping better at night. The big suggestion is to avoid stimulants too close to bedtime.

The sweet shop is not your friend

You’re dragging through the morning and grab a doughnut as a pick-me-up. It works! You feel zoomy for a few minutes… and then you’re nodding off again.

These carbs — the ones in doughnuts, other sweets, and sugar-sweetened drinks — pump glucose straight into your bloodstream for quick energy. But that spike leads to an inevitable drop in blood sugar and energy.

For example, Tufts University researchers studied the impact of different snacks on kids playing soccer and found they played more intensely but were more fatigued after a high sugar snack.

For sustained energy, choose carbs paired with protein and fiber.

Some carbs that won’t spike blood sugar as much:

Sugary foods give you energy that won’t last. Try snacks that balance carbs with fiber and protein for a long-term solution to fatigue.

What does your gut say?

A study of patients with food sensitivities and irritable bowel syndrome found they were more likely to feel symptoms of fatigue, and they identified with the following statements:

Sound familiar? If your digestive system feels wonky and you think certain foods might be to blame, it’s possible they’re contributing to your chronic tiredness too.

If you have these symptoms after eating particular foods, ask your doctor about food intolerances:

Poor digestion can cause fatigue. Seeking diagnosis and treatment for a food intolerance might improve your overall well-being and energy levels.

Listen to your internal clock

Yeah, life is crazy, but human adults need at least 7 hours of sleep per night. There’s no hack to escape that recommendation.

If you don’t regularly get enough sleep, you have a higher risk of diabetes, hypertension, heart disease, stroke, depression, impaired immune function, increased pain, impaired performance, increased errors, and getting into accidents.

How to stay in (circadian) rhythm? Try these:

Not getting enough sleep doesn’t just make you tired — it can make you sick. Honor your body’s inner clock by following your circadian rhythm for sleep.

Calories are units of energy in food. if you don’t consume enough energy, you’ll (obviously) be low on energy. It really is that simple.

A diet deficient in calories is also likely deficient in micronutrients that keep all your systems working properly, converting food into energy, supporting your immune system, and keeping you perky in general.

Your body needs a minimum number of calories just to support its basic functions. If you do anything besides breathe and stay alive, you’ll need more calories than that.

If you feel the need to restrict calories despite feeling tired all the time, consider talking to a mental healthcare professional or registered dietitian about your relationship with food.

A number of studies have attempted to measure the relationship between protein consumption and fatigue.

For example, a group of male weightlifters experienced less stress and fatigue on a high protein, low fat diet than on a moderate protein, moderate fat diet.

A study of marathon runners showed improvements in physical fatigue, mental energy, and soreness 3 days after the event when they added protein to their mid- or post-run snack.

Water is vital to every part of your body, so it stands to reason that dehydration would leave you sluggish.

According to some studies, athletes with inadequate hydration during sports don’t perform as well and report more fatigue and perceived exertion.

If it seems like hydration matters only for athletes performing intense sports, remember that your body works basically the same way theirs do. You can boost your performance by drinking more water too.

Watch for these symptoms of dehydration:

Watch out for symptoms of dehydration and drink more fluids to combat fatigue, even if you’re not doing extreme sports.

Sometimes it’s not as simple as tweaking your routine

Chronic tiredness makes everything harder, but there are ways to cope. Try a few of these tweaks to your diet, activities, or routine to fight fatigue and feel more rested soon.