24 Science-Backed Ways to Boost Your Energy 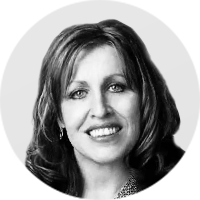 Put down that energy shot! There’s no need to chug questionable canned concoctions or buckets of coffee to get through the day without a 3 p.m. slump.

We found 24 quick and easy ways to up your energy level — no unpronounceable chemicals required.

We can say from experience that six back-to-back cups of coffee is a recipe for an energy crash. But one cup is usually just right.

A 2012 study found that a single cup of coffee was enough to keep sleepy drivers on a long haul more alert at the wheel.

Sure, chocolate’s got caffeine, but that’s not the only reason it offers a quick pick-me-up. Research has shown that the flavanols found in cocoa may boost cognitive performance and improve mood.

And yes, there are a lot more of those beneficial flavanols in dark chocolate than in milk chocolate. Flavanols give chocolate its bitter taste.

To avoid nodding off during an endless meeting, pop a piece of gum. Research has shown that chewing gum can increase alertness and improve mood.

Whether you’re at the gym or just dealing with the daily grind, it can be hard to remember to drink enough water. But even mild dehydration can make you sleepy, so try chugging a glass or two when fatigue strikes.

Your body needs fuel (aka food) to function, and without it your energy and mood can take a nosedive. A study published in 2000 found that eating regularly could boost energy and improve memory and motivation.

But keep in mind that not getting enough sleep may cause you to snack more often and even eat more junky food. Check in with your stomach to prevent mindless munching.

Environmental cues play a huge role in your body’s energy grooves (aka circadian rhythms), and sunlight can help alleviate seasonal affective disorder. There’s no need to invest in a light therapy box if you have a sunny window nearby.

Sunlight is probably best, and circadian rhythms can have a big impact on how alert we feel, but one research review found that feeling more awake at any time of day can be as easy as flipping on some lights.

8. Bring in the green

Although not entirely backed by science, in a stuffy office, a houseplant may help make your air a little cleaner.

Indoor air pollutants can have both long- and short-term health effects, including energy-draining allergies and headaches. Add a plant, though, and it might absorb some of those nasty emissions for you.

Sniffing certain scents (hello, aromatherapy) is rumored to have all kinds of mood benefits, but lemon oil is one of the essential oils with a proven effect. Lemon is a stimulating scent, and at least one study, from back in 2008, showed it improved participants’ moods.

Research has shown that the color red is associated with winning and self-confidence. Try looking at some red or violet hues (or wearing them!) to feel more awake.

Head into the great outdoors — if no woods are nearby, a green park will do. According to a 2010 study, just 20 minutes outdoors is enough to make you feel more alive.

How’s that for an energy boost?

Just a few desk stretches may be enough, but studies have suggested a little yoga can make people feel more energized and confident.

If you want to get your whole office in on the “ommm,” let your boss know that yoga has been shown to improve resilience, positivity, and job satisfaction.

It may not sound so easy when those eyelids are drooping, but making your brain work a little quicker may help your body follow suit. In a 2006 study, thinking faster (i.e., reading at a quicker pace, brainstorming in a group, or learning a new concept) made one group of people feel more energized.

Nope, it’s not just the key to resisting the urge to scream at that driver who cut you off. A 2006 study found that yoga breathing from your diaphragm gets your blood pumping, which may also boost your energy all day long.

Plan to do the most engaging or interesting task of your day during the sleepiest time of day (typically around 3 p.m.). A 1994 study found that being interested in a task makes it significantly easier to stay alert.

Research has shown that people who have strong social ties are happier and healthier and get more sleep. In a 2006 study, chatting it up made people feel more awake than quiet office work.

Slouching can cause fatigue. Research has shown that sitting up straight — that’s shoulders back, eyes forward, and lower back slightly arched — can make you feel more energized and maybe even give you a confidence boost.

When you get that midafternoon urge to doze, hit the gym instead of the sack.

A 2011 study found that working out during the workday can actually increase productivity enough to counteract that time away from your desk.

Avoid the temptation to pull a Rip Van Winkle — take a midday power nap instead. A nap has been theorized to revitalize you enough to keep concentrating or working and seldom interferes with night sleep.

Laughter is a proven stress-buster, but studies suggest it has a bunch of other health benefits, including boosting energy levels.

(Feel free to use this as permission to go on YouTube for the next half an hour.)

Embrace the polar bear swim! A 2007 study suggested that even a 3-minute cold shower could be enough to counteract some of the effects of chronic fatigue.

Don’t just turn on the tunes to chill out. Research has shown that getting down with some uplifting music can improve alertness, attention, and memory.

Planning a road trip? One study found that medium-tempo music was best for increasing alertness and reducing fatigue on a long-distance drive.

Singing requires breath control. Belt out a full song and you’ll get plenty of extra oxygen pumping — not to mention the adrenaline of taking it to the (karaoke) stage. Plus, one 2008 study found that singing boosted energy levels among college students.

Skip the sad desk lunch. According to a 2016 study, taking a real mental break from your work at lunchtime can improve your energy level over time.

Whether it’s a quick walk or lunch outside the office, take some time to wake up away from the glowing screen. Those emails can wait a few minutes. Really.