Ulcerative Colitis: The Good, the Bad, and the Ugly Colon 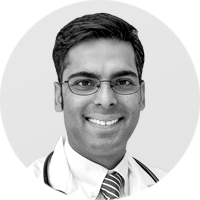 Ulcerative colitis (UC) is a chronic, lifelong condition that affects the large intestine (aka the colon) and the inner lining of the rectum.

It’s a form of irritable bowel disease (IBD) in which your immune system attacks your intestines, causing inflammation, sores, and ulcers in your lower digestive tract.

If you’re dealing with UC, know that you’re not alone and many treatment options are available.

The signs and symptoms of UC vary depending on how severe the inflammation is and where in your intestine it occurs.

The causes of UC are still a bit of a mystery. Diet and stress can aggravate the condition, although they do not cause it. Heredity is sometimes a factor, but most people with UC don’t have a family history.

An immune system glitch could be the culprit, since UC often first appears when the immune system tries to fight off bacteria or a virus and ends up attacking the digestive tract instead.

The good news is…

UC itself isn’t life-threatening. While there’s no cure for UC, treatment can greatly reduce symptoms. Months and even years of remission are possible. Most people with the condition can expect a full life span.

In rare cases and without proper treatment, UC can lead to serious complications, which could spell trouble.

Can UC be fatal?

According to a 2003 Danish study, some complications of UC can impact life expectancy, but the outcomes vary based on age and the severity of UC at the time of diagnosis.

Study participants over age 50 with severe UC had an increased mortality rate within the first 2 years after diagnosis. This was generally due to complications after surgery or comorbidities (having multiple chronic conditions at the same time).

However, a 2016 study found that, due to improvements in treatment, people with UC can expect to live as long as those without it.

Steroid medications alone have reduced the mortality rate for people with acute severe colitis (a serious complication that affects around 25 percent of people with the condition) from 30 to 60 percent to 1 to 2.9 percent. (That’s huge!)

UC is a progressive condition that can’t get better on its own. Without treatment, the symptoms will usually get worse, leading to increased inflammation throughout the colon.

Each flare-up risks further damage to your body, and the more damage there is, the harder it is to treat.

Untreated UC may cause:

UC can also cause physical and mental health complications like:

The importance of treatment and sticking to it

The only cure for UC is the surgical removal of your colon. But proper diet and medication can help relieve symptoms and slow the condition’s progress.

Medications prescribed for UC can reduce inflammation in the intestine and, if successful, can lead to long periods of remission.

The earlier you start treatment, the more effective it will be — so don’t put it off!

Once you’ve found a treatment plan that helps, stick with it. A 2014 review of studies found that people in UC remission who stuck to their treatment plan reduced their flare-ups by 40 percent! Those who didn’t had a five-times-greater risk of relapse.

Not surprisingly, the more severe your UC is, the more important it is to seek treatment as quickly as possible to prevent complications.

Long-term inflammation in your large intestine can cause colonic dysplasia, colorectal cancer, and a slew of other conditions you don’t want.

Though UC is usually not life-threatening, some of its complications can be dangerous.

Toxic megacolon is the most severe complication of UC. It involves swelling of your large intestine, which causes gas to become trapped in your colon. This can eventually cause your colon to burst, spreading dangerous bacteria throughout your body.

Toxic megacolon affects up to 10 percent of people with UC, with mortality rates ranging from 19 to 45 percent. Mortality rates are highest if the colon ruptures and it isn’t treated immediately.

Some of the symptoms of toxic megacolon are:

Without immediate medical attention, toxic megacolon can be deadly. Complications include:

Signs of shock include:

Treatments for toxic megacolon include:

If you’re being treated for toxic megacolon, make sure to tell your doctor about any medications you’re taking.

Certain medications can worsen the condition, including:

Perforation of the colon

Persistent ulcers and intestinal inflammation can weaken your colon’s lining, eventually leading to holes or tears.

When this happens, bacteria and whatever else is floating around in your large intestine can leak into your stomach, causing your peritoneum — a fancy word for “stomach lining” — to become extremely inflamed (this is called peritonitis).

Peritonitis can cause your stomach to fill with fluid, which can lead to sepsis, or blood poisoning. Sepsis is fatal in about 30 percent of cases, so it’s really important to monitor your symptoms and seek medical attention if you notice any signs.

To prevent peritonitis and sepsis, it’s crucial to know the symptoms of colon perforation. They include:

A tear in your colon is always considered a medical emergency and requires surgery. After surgery, your doctor will most likely give you oral and/or intravenous antibiotics to treat and prevent infection.

You can also expect you doctor to send you for:

In some cases, a surgeon must perform a colostomy or ileostomy, which allows the contents of your intestines to empty into a bag through a hole in your abdomen called a stoma.

Some colostomies can be reversed with a second surgery once your intestines heal. But for some people the colostomy is permanent.

As always, be proactive when it comes to your health. Colorectal cancer is highly treatable if diagnosed early but can be fatal if it goes untreated and spreads.

The Crohn’s and Colitis Foundation recommends taking these preventive measures to reduce your risk of colorectal cancer:

People with colorectal cancer might have some of these symptoms:

People with IBD (irritable bowel disease) have a higher risk than other people of developing thrombosis, or blood clots.

When a blood clot blocks a vein (usually in your leg or arm), you get something called deep vein thrombosis (DVT). In worst-case scenarios, part of that clot can travel to your lungs, causing a potentially fatal complication called a pulmonary embolism.

According to a 2015 review of studies, people with IBD are three times more likely to develop thrombosis than those without IBD.

Though doctors aren’t sure why IBD increases the risk of thrombosis, it’s possible that chronic inflammation can trigger a chemical reaction that causes your blood to thicken, increasing the chance that it will clot.

Research has shown that the following factors increase the risk of blood clots in people with IBD:

Symptoms of DVT include:

Symptoms of pulmonary embolism include:

If you have any of these symptoms, seek medical attention immediately.

Bile ducts carry the digestive liquid bile from your liver to your small intestine, but PSC causes inflammation and scarring in your bile ducts, making them hard and narrow. This can gradually cause serious damage to your liver.

PSC generally happens only if the bowel disease is severe. It’s chronic and starts out slow but can increase your risk of potentially fatal complications.

As PSC progresses, you may experience symptoms of intensive liver disease, including:

If you have any of these symptoms, seek immediate medical attention.

Now that we’ve made it through the less-than-comforting encyclopedia of intestinal complications, let’s take a deep breath and shift our focus to all the treatments that can help you avoid them.

Many treatment options are available to relieve UC symptoms and help you maintain remission.

The best treatment for you will depend on how advanced your UC is and its location in your intestine.

The Mayo Clinic lists several clinical trials currently taking place to investigate methods for managing UC. Trials range from new medications to innovative treatments like the use of hyperbaric oxygen.

Adjusting some lifestyle and food choices may also help you manage your UC symptoms. Research suggests that eating a low-fat diet with plenty of vegetables can help reduce the risk of worsening UC.

Other lifestyle hacks that may help your symptoms include:

Ulcerative colitis is a lifelong, chronic condition that can vary in intensity over time.

There’s no cure (other than surgically removing your intestine), but many treatments and lifestyle changes can help you relieve symptoms and maintain remission.

UC itself is not life-threatening, but it can lead to complications that are. If left untreated, it can have devastating effects on your body that become progressively difficult to address.

That’s why it’s so important to see a doctor, know what to look for, and be proactive with your treatment.