Finding the G-spot shouldn’t be like solving a Nancy Drew case. But if the G-spot seems like a mystery, that’s probably because it can be difficult to find (much like that pesky hidden staircase). But every body is different, and there’s no shame in not being sure how to access the G-spot.

We’ve got the sleuthing covered with a complete G-spot guide to answer every question you might have about this elusive pleasure center. (Just not the literally burning questions — that’s a different article.)

Consider this your personal treasure map to solve the G-spot mystery.

Let’s brush up on some sexual history. The G-spot was originally called the Gräfenberg spot after the German scientist who “discovered” it in the 1950s. Basically, scientists laughed at this dude for claiming he’d found the most powerful area in the female body for orgasms. People forgot about it and moved on (a sad, sad moment in history).

It wasn’t until the ’80s that the G-spot went mainstream. That was when sexuality expert Dr. Beverly Whipple published her findings on the G-spot in her book The G-Spot and Other Recent Discoveries About Human Sexuality.

Whipple discovered that doing a “come hither” finger motion inside the upper inner wall of the vagina caused a physical sensory reaction in women (aka an orgasm).

Because of this reaction, the G-spot is considered an erogenous zone, a part of the body that’s sensitive to sexual stimulation. (These zones go beyond the P and V — think ears, neck, and nipples too.)

2. Where exactly is the G-spot?

If you’re trying to put your finger on a distinct anatomical part that is the G-spot, you’re going to come up short. In a 2017 study, researchers found no distinct location for the G-spot on the inside of the vaginal wall.

Instead, the G-spot is believed to be part of the larger clitoral network. Forget the analogy that the clitoris is the size of a pea and start thinking more in iceberg terms (it’s huuuge).

A 2011 study suggests that what would be considered the G-spot can be found 2 to 3 centimeters from the vaginal opening on the front wall of the vagina (which is part of the clitoris’ domain).

If you’re up for the challenge, going on a self-exploration journey for the G-spot may prove fruitful. Searching for the G-spot with a partner is totally doable, but knowing your own body first can lead to better sexual communication later on (and avoid that awkward “not there!”)

Finding the G-spot solo would go something like this:

Experiment by varying the pressure and motion. All bodies are different, so focus on what feels good to you rather than on doing it “right.”

4. What does it feel like when you find it?

While you’re massaging the area 2 to 3 centimeters from the vaginal opening and making the “come hither” motion, you may feel the good vibes begin to build. As those feelings build, you may increase the speed and pressure of your movements with your fingers or change the setting on your toy.

You will feel a sensation in the upper vaginal wall. This area can be bumpy or spongy, and a hard push may be required to feel it. While there’s no telltale sign to the touch that you’ve found it, you’ll know by the way your body reacts. The G-spot orgasm is often described as a deep full-body experience.

While looking for the G-spot, you may feel like you have to pee. That’s because the G-spot is located near your bladder. With that in mind, you may want to take a trip to the toilet before you depart on your journey.

Orgasm experiences differ from person to person, and many factors contribute to how and how intensely someone will orgasm.

Not every woman can orgasm through G-spot stimulation — in fact, in a 2018 survey of 300 women, only half said they even believed the G-spot exists. But belief may be an important factor, because those women reported better sexual functioning and genital perception than the ones who weren’t so sure about the G-spot.

It’s also completely possible that you’ll never have a G-spot orgasm. A survey of more than 1,000 women found that the probability of female orgasm from intercourse alone is low (bummer!).

Only 18.4 percent of respondents said intercourse alone resulted in an orgasm, while 36.6 percent said they needed clitoral stimulation during intercourse to reach orgasm. No word on the G-spot area.

If you’re looking for the highest probability of orgasm, go with ol’ reliable: the clitoris. While it doesn’t feel the same as a G-spot orgasm, a clitoral orgasm is easier to achieve consistently.

Think of the clit orgasm as the last-minute wedding date you would call if you really didn’t want to show up alone (and still wanted to make your hateful cousin jealous).

6. What if you don’t feel anything?

First of all, don’t panic. If there’s one thing to know about the G-spot, it’s that there’s no one-size-fits-all approach. Finding the G-spot takes some trial and error.

If you’re struggling to feel any stimulation from your G-spot exploration, here are a few tips to help you out:

7. Can a G-spot orgasm make you squirt?

The G-spot orgasm is known for its intensity, but don’t be surprised if you see some lava (*ahem* female ejaculation) after the orgasmic eruption.

Female ejaculation is linked to G-spot orgasms because of the G-spot’s proximity to the Skene’s glands. These glands have been called the “female prostate.” When upward pressure is applied to the area around the glands, they may secrete a fluid similar to semen.

Just as it’s normal if you don’t have G-spot orgasms, it’s totally normal if you don’t squirt. The International Society for Sexual Medicine estimates 10 to 50 percent of women experience female ejaculation, which is quite a range. That’s because it’s really unknown territory at this point.

8. What are the best sex positions to hit the G-spot?

The G-spot may be easier to find during self-exploration, but you can go on the hunt during partnered sexual activity too. In terms of P-in-V sex, positions that put the vajayjay in the driver’s seat work best to reach the G-spot.

Closed Missionary. If traditional Missionary position were vanilla, this variation would be more like rocky road. Lie on your back, but move your legs together before your partner straddles you. This creates a more shallow penetration while increasing the needed friction to hit that magical G.

Doggy-Style. This position provides deeper penetration but could also lead to a G-spot orgasm. Doggy works well because while you’re on all fours, you can adjust the angle to one that feels best to you. Try leaning your elbows on the bed — changing angles is key to using this position in your pursuit of the G-spot orgasm.

Cowgirl. This deep penetration style can help you find the G-spot as well. While your partner is lying on their back, straddle them. When you’re on top, you can control the rhythm. Keep that “come hither” motion in mind and try to move back and forth rather than up and down.

The takeaway: You do you

The G-spot is elusive, but it’s not impossible to find. Although there’s no anatomical evidence of a distinct G-spot, it’s part of the clitoral network and can lead to a deeply stimulating orgasm.

The best way to find the G-spot is some self-exploration trial and error. If you can’t find your G-spot, don’t fret. All bodies are different, and the number of folks who can orgasm from vaginal penetration alone is low when compared to those who require clitoral stimulation.

In the end, do what feels good to you. 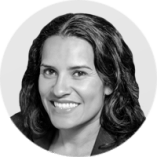