I’ve Got an Itch, er, Down There — Is It Inverse Psoriasis or Jock Itch?

So, you’ve got mad passion in your pants — but not in a sexy way.

Redness, burning, itching, and flaking in places you’d rather not mention can have you shaking your fists at the sky, especially when you don’t know what’s causing the issue.

Inverse psoriasis and jock itch are two likely suspects, but they’re annoyingly similar. Here’s everything you need to know to tell the two apart and get those nether regions back to normal.

Itching and redness in your groin area could be symptoms of a slew of different conditions. But if you suspect inverse psoriasis or jock itch, there are a couple of clues you can look for.

The key differences between the two are as follows:

Inverse psoriasis redness is known to be inflamed but also smooth, shiny, and even moist (sorry — we hate that word too). It may also be redder than jock itch.

Since inverse psoriasis tends to be a smooth (but painful) operator, scaling is a sign you’re more likely dealing with jock itch. Jock itch scaling usually appears around the edge of the affected area.

If a particular case of inverse psoriasis does happen to have some scaling, it’s more likely to be evenly distributed across the area.

Another important difference between the two: Inverse psoriasis is not contagious, but jock itch can be spread rather easily by sexual or skin-to-skin contact and even via surfaces like bedding and clothes.

While jock itch is more common among the fellas, women can develop it too. Avoiding sexy time with someone with jock itch is one way to prevent it, but it can also spread in other ways.

Locker rooms are a common haunt for tinea cruris — the fungus behind jock itch — because it loves sweaty personal items like gym clothes, towels, and jockstraps or cups.

It’s also an annoyingly persistent fungus. It can live on your belongings (like towels and bedding) for more than a year. Yikes.

Inverse psoriasis is a rare type of psoriasis, a persistent inflammation disorder caused by an immune system problem. Psoriasis causes your body to overproduce skin cells that can build up in red or scale-like plaques.

Inverse psoriasis is often tough to diagnose due to its aesthetic (remember how we said inverse psoriasis doesn’t flake?) and because, like jock itch, it usually makes itself comfortable in the skin folds around your body (ouch!).

How common is it, exactly? A 2011 study found that it affects between 3 percent and 7 percent of psoriasis patients. People who have inverse psoriasis usually have another type of psoriasis as well.

Most often, genetics are to blame when it comes to developing psoriasis. The National Psoriasis Foundation reports that around one-third of people with psoriasis have a relative who has it.

Common triggers for psoriasis include stress, skin injury, and some medications.

You may not love this tidbit, but fungus naturally lives on your skin, hair, and nails. On its own, it’s not a problem — in fact, good bacteria exists to keep your skin happy and healthy (aw!).

But when our pal tinea expands rapidly and outnumbers the good bacteria, that’s when you get jock itch. Aside from irritation and redness, jock itch can also peel, crack, itch, and burn. It may even pop up on your thighs and butt. *sigh*

We already mentioned that jock itch can be spread in bed and in the locker room. But it’s important to note that even touching the groin area of someone with jock itch can cause a fungal infection to pop up elsewhere on your body.

For example, since the offending fungus is the same for both conditions, touching jock itch with your hand can lead to ringworm.

Un-fun fact: Athlete’s foot is also an infection caused by tinea. If you have athlete’s foot, be sure to handle it right away so it doesn’t spread!

How to treat inverse psoriasis and jock itch

There are several treatment options for psoriasis. Sometimes over-the-counter (OTC) topicals can ease the symptoms, but your doc may have you consider other options like oral medications, phototherapy (light therapy), or even topical steroids.

An OTC cream usually does the trick. Pay attention to the application directions, as some may need to be applied twice daily. How fast a cream works depends on the strength of medication you choose, but typically symptoms fade within a week.

You can’t sit with us: How to prevent inverse psoriasis and jock itch

There’s nothing you can do about genetics, but you can learn to manage other factors that can trigger psoriasis flare-ups:

Many of these simple tasks are related to your exercise routine. (These can also help with inverse psoriasis since sweating and friction irritate it too.)

When to see your doctor

You know it’s time to head to the doc when your symptoms stick around longer than 10 days. And you should definitely hit up your doctor when things seem to be getting worse or if OTC treatments don’t help.

It’s also important to remember that a healthcare provider is the only person who can give you an official diagnosis. Schedule an appointment, come up with a treatment plan together, and then feel free to celebrate with a (private) no-pants dance. 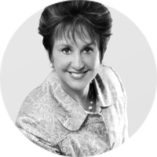