A Boy or a Girl Is in Your Future! But Really, How Can You Tell?

Have a baby on board? Congrats! Let the boy-or-girl guessing game begin. Chances are everyone and their Granny has an old wives’ tale behind their guess. Though well-intentioned, most speculations are total BS. Let’s separate the myths from the facts.

A baby’s sex is set at the point of conception, when biology selects 23 chromosomes from each parent to whip up a baby cocktail.

That’s when it’s decided if a baby will inherit mom’s red hair or dad’s wide nose. It’s also when the embryo receives the specific genetic material that’ll shape the development of the downstairs bits.

Around week 11 of pregnancy (when mom is getting queasy at the sight of foods she once loved), the sex organs start developing in the fetus.

If you’re lucky and baby isn’t in the “Tebow” position in vitro, you’ll be able to sneak a peek at their sex via ultrasound. That’s the only scientifically proven method for learning the baby’s sex early.

Curious as to whether you’re having a girl or a boy? Well, according to some folks, the answer is written all over your face! This myth suggests that pregnancy hormones affect the appearance of skin and hair, thus indicating the sex of the unborn baby.

Some people claim carrying a girl can make your skin brighter, while others claim you’re more likely to experience an uptick in acne due to a daughter “stealing your beauty.”

There’s no research to support this idea.

Morning sickness is a common pregnancy symptom throughout the first trimester (and sometimes beyond). It can range from mild to severe, sometimes even requiring medical treatment (lest we forget Princess Kate).

Some peeps argue that the severity of morning sickness can indicate a baby’s sex: The worse it is, the more likely you’re having a girl.

But unlike the uterus, this theory doesn’t hold much water. Just one small study from 1999 suggested that women with more severe morning sickness were more likely to have a girl.

As you can probably guess, this has been thoroughly debunked.

We’ve all heard that wild cravings often come along with having a bun in the oven.

If you happen to be craving salt and vinegar chips topped with relish, then you may be inundated with comments about how you’ll surely have a boy. Similarly, cravings for sweets are typically associated with carrying a girl.

While cravings are real, the associations with a baby’s sex are not.

As if swelling and stretching to an uncomfortable size weren’t enough, you’ll also have strangers reading your belly curves like tea leaves.

The way you “carry” your pregnancy doesn’t indicate the baby’s sex — it’s actually a reflection of your internal anatomy. This includes the size of your uterus, its position in your abdomen, the amount of muscle you carry in your midsection, and so on.

So you can take Nancy Know-It-All’s enthusiasm that your bump is pointing due north with a grain of salt.

Although a baby’s sex is determined at conception, we usually have to wait a little while before we’re privy to that knowledge. But there are a few other methods that allow you to find out sooner.

Unless you’re all about that surprise reveal in the birthing room, an abdominal ultrasound scan is probably the most common way to discover the sex of a baby.

Usually a scan is performed at 18 to 20 weeks, when the technician can see shapes that indicate whether it’s a girl or a boy.

How the genes fit

Genetic tests, such as amniocentesis or chorionic villi sampling (CVS), are free-cell DNA tests that can determine a baby’s sex as early as 9 or 10 weeks. However, these tests are not typically available for impatient parents pondering nursery decor.

These tests are intended to look for issues that may come up in higher risk pregnancies, so insurance like won’t cover them just for curiosity’s sake.

Don’t count on old wives’ tales to tell you the sex of your baby. The only surefire way to find out is to get one of the scientifically proven procedures mentioned above. While the other methods are fun, they’re folklore rather than fact. 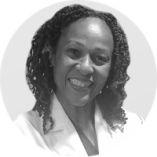