The Best and Worst Foods for a Hangover

Sometimes you wake up realizing mistakes were made. Maybe it was that third cocktail or the high-gravity stout. Whatever the culprit, your head’s pounding and your stomach’s off-kilter.

You could drown your regret in a prairie oyster, but rest assured, you can achieve hangover relief without sliding a raw egg down your throat.

Learn which foods can alleviate post-party symptoms and which should be avoided like that plastic cup half full of last night’s beer.

Eat your way out of morning-after misery

Eggs are a brunch all-star for a reason. They’re chock full of vitamin B12, which can energize you, and hardworking amino acids, like cysteine and taurine.

Like soda, cysteine also helps clear acetaldehyde from your body. That’s the chemical that causes so much agony after your liver’s done its job of processing that booze.

Speaking of your beleaguered liver, it will be grateful for the taurine, which boosts its function and may help protect it.

Fuel up on potassium powerhouses

Bananas, avocados, dates, and leafy greens contain potassium, an important electrolyte that is often depleted after a night of getting sauced. Blend these bad boys into a hangover-fighting smoothie.

Nothing says “wild night out” like a bowl of mom’s famous chicken soup, right? It might not be the most conventional hangover food, but a cup o’ noodles can help replenish sodium and water levels. If you’re not up for solids, sip a bone broth.

Miso soup also makes a great sippable morning-after remedy for vegetarians. Plus, the probiotics can boost gut health, which your gut can probably use.

Nosh on crackers or toast with honey

If you need instant energy, carbs will be your bestie. Crackers and whole-wheat toast are both dry, bland options that will raise blood sugar without roiling your stomach.

Since crackers can be loaded with preservatives, pick a healthier option like Wasa or a 100 percent whole-wheat variety.

Drizzle on the honey for an added boost. Just remember to follow up with some protein when you can to minimize the blood-sugar surge.

Spoon in the cereal

When you’re feeling less than stellar in the morning, raid the pantry for oatmeal or a bowl of cereal.

Oatmeal has plenty of essential nutrients like B vitamins, calcium, magnesium, and iron. And most cereals are fortified with vitamins and minerals that will perk you up. Pour yourself a bowl or snack on dry morsels if your stomach isn’t up for dairy. Alternatively, use a plant-based milk.

Drown your hangover in good-for-you fluids

Turn on the tap

Alcohol is a diuretic. That’s why boozing begets all those extra trips to the loo. When your body’s fluids are depleted, your blood volume drops, including in your head — hello, pounding.

Drinking H20 before plopping down on your pillow can help prevent a nagging noggin, but grabbing the water bottle in the morning will also help. Take slow sips or nibble ice chips if your stomach says no way.

When you drink alcohol, you lose fluids. And when you lose fluids, your body’s electrolytes go with them. Electrolyte depletion can cause those under-the-whiskey-weather symptoms like nausea, dizziness, and exhaustion.

Reach for a Gatorade or similar beverage to restore electrolytes stat. Or pop open a box of coconut water, which has less sugar than many sport drinks.

Pro tip: Drink your electrolytes before bed to ward off the brown-bottle flu.

Bag your symptoms with tea

If you’ve been praying to the porcelain god or your gut is weathering rough seas, reach for some herbal tea. The zing of either ginger or peppermint can soothe the stomach and ease the urge to upchuck.

Your choice hangover cure might depend on what’s in your fridge at the moment. If you’re a parent, that just might be your tot’s juice box.

One study found that diluted apple juice was more effective than an electrolyte maintenance solution in preventing and treating dehydration in ill children.

The same might help you get back to adulting fast. Though unfortunately, the older we get the worse our hangovers get.

Get out of this pickle with some brine

If you’re feeling pickled, why not sip on some pickle juice? Yeah, this hangover remedy is weird, but pickle brine is loaded with sodium, a valuable electrolyte you might be short on after getting nattered.

A shot of the sour concoction may make you feel less puckered and even ease the vise grip on your stomach or head.

Go for a cuppa

If you drink java on a daily basis, stick with your habit. Skipping caffeine if you’re accustomed to it could worsen a headache or bring one on. Plus, there’s no denying the brew gives you an energy boost.

But, while that triple shot of espresso or a random energy drink might sound like the best thing, go easy. Too much caffeine could aggravate a headache since it is a mild diuretic. The acid could also worsen nausea.

Give it a fizzle

Grab a Sprite or a sugar-free seltzer water of your choosing and get to sipping. Soda helps break down acetaldehyde, the headache- and nausea-causing byproduct that’s left over when the liver metabolizes ethanol.

Don’t go for a grease bomb

Contrary to popular belief, heading to the local greasy spoon is not a great idea. A large fatty meal is actually better at preventing a hangover than curing one. After the fact, fried foods can irritate the stomach.

But chowing down on pizza, tacos, or a burger before the liquor starts flowing can help slow the absorption of alcohol into your bloodstream. That could lessen your hangover in the a.m.

Plus, eating a filling meal might help you drink less.

Skip the hair of the dog

There’s that old saying that you should have some “hair of the dog that bit you.” In the case of a hangover, the pooch would be more hooch.

But scientists say this wisdom is bunk. Boozing in the morning is not the solution. An alcoholic beverage — or three — will further dehydrate you and likely lead to worsening hangover symptoms when the buzz wears off.

Lay off the OJ after a night on the town. The acid in sour citrus fruits like orange and grapefruit can irritate an already sensitive stomach. Some folks swear by tomato juice for the extra sodium, but if you’re prone to reflux, steer clear.

Let your gut guide you

Unfortunately, there’s no scientific cure for the booze blues, but certain foods and beverages can at least make you feel a bit better or get you back to some level of functioning.

And every person is different. Your friend might swear by breakfast ramen, whereas the thought of noodles in your gullet after a gluttonous night may make you want to vom.

Use your intuition. Are you craving something salty? How about something crunchy? Your hankerings can help guide you to the thing that will best pacify your hangover beast. 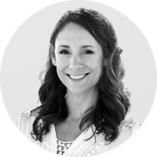