Am I an Oracle? Because My Dreams Are Vivid AF

Ever have one of those dreams that feels so unbelievably real that you just can’t shake it off once you wake up? Like, you can’t stop checking your mouth for the teeth you swear you just pulled out. Or you seriously just landed flight 1549 on the Hudson without any casualties (and that Sully stache looks surprisingly good on you).

So what’s the deal? Is it an acid trip that won’t wear off? Flashes of a past life? Glimpses into the mind of a psychic being that for some reason wants you to be toothless (or the proud owner of a push broom Sully mustache)?

Sleep professionals call these nighttime visions “vivid dreams.” Vivid dreams are just that — dreams that we can recall in vivid detail because they feel… So. Freaking. Real.

They can be good dreams (even sex dreams!) or bad dreams (like falling off a cliff with no ’chute). They can be realistic or pure fantasy. The one thing all vivid dreams have in common is their intensity and lifelike feeling.

Our deepest dreaming happens during our deepest sleep (rapid eye movement, or REM, sleep). And, while there’s no one thing that can explain why our dreams feel like they’re happening IRL, there are a few usual suspects. Stress, anxiety, heavy drinking, sleep disorders, medications, and pregnancy could all be to blame for those vivid dreams.

What are vivid dreams?

Vivid dreams feel more like real life than a dream. They’re the kind of dream where you wake up able to recall every last excruciating detail, sometimes leaving you with an emotional hangover as you try to figure out what in the heck just happened (and why!?).

As with all dreams, vivid dreams happen during your deepest sleep. We sleep in two basic stages: REM and non-REM. The stages repeat several times throughout the night, as our brain waves and activity change.

The REM cycles start about an hour and half after you fall asleep, and they tend to be longer and deeper toward morning. That’s why it feels like you always have vivid dreams right before your alarm goes off!

About 25 percent of your sleep is REM cycles, so if you’re sleeping the recommended 7 to 9 hours per night, you could spend more than 2 hours in a dream state.

During REM your brain waves, breathing, and heart rate are closer to wakefulness than sleep. Thankfully, your brain tells your muscles to chill out, so you don’t start trying to “perform” your dreams. If your alarm goes off during a REM cycle, you may be able to recall your dreams.

Sometimes you can pinpoint what “caused” your vivid dream: A week straight with no sleep before finals. A painful breakup or other stressful event. A new medication. Other times, it feels like a mystery, because vivid dreams kind of are.

These are some of the known causes:

We all dream, but some of us may be better at remembering our dreams than others. If you’re biologically female or under 30 years old, you may be more likely to recall your vivid dreams. One study even found that right-handed people were more likely to remember their dreams, for yet unknown reasons.

One theory on dreams suggests that they reflect your real life. So, if you’re stressed or anxious when you’re awake, you might be in your sleep as well. Anxiety is linked to more frequent disturbing dreams — like daytime anxiety, but when you’re sleeping (yay…).

Substances including ketamine, marijuana, and cocaine can lead to vivid dreams, which can also be common during the recovery and withdrawal process.

While alcohol is a depressant, it prevents you from getting good sleep, as it keeps you from entering the REM stage. Withdrawal from heavy drinking can lead to weird dreams. Talk to your doctor if you feel that your drinking has become problematic.

When was your last period? Nightmares and vivid dreams can be a common early sign of pregnancy. If you already know you’re expecting, hormonal changes or the stress of growing and eventually delivering a tiny human could be to blame for your dreams.

Both mental health conditions and physical illnesses can cause vivid dreams. Schizophrenia, depression, cancer, and heart disease are all linked to intense dreaming.

Potential side effects of vivid dreams

The good news is that, aside from not being real, vivid dreams aren’t harmful. They may only happen once in awhile, so you get a wacky story in exchange for a crappy night’s sleep. (FYI, Mary Shelley got the idea for Frankenstein from a dream, so your terrifyingly vivid dream could become the next classic horror novel.)

Some of the common side effects of vivid dreams include:

How to prevent vivid dreams

In many cases, vivid dreams will go away on their own. Here are some other ways you can reduce your likelihood of having intense dreams. 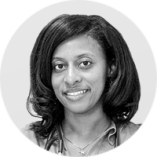