The Vaping Crisis Isn’t That Simple — Here’s the Context 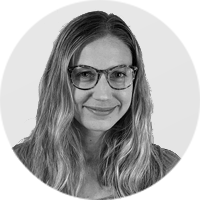 Whenever I see my longtime pal vaping, I like to remind him that I was doing it first. And then I take out my asthma inhaler, pretending it’s an e-cig. Yeah, yeah, it’s a tired joke — I know.

My friend bought his first gadget way back in 2006 when the first e-cigarettes hit the U.S. market. But this year, things got weird. And I don’t mean my dumb joke.

Vaping illness now has a term. It’s called e-cigarette, or vaping product use associated lung injury, which the Centers for Disease Control and Prevention (CDC) calls EVALI, for short. The first death from EVALI occurred in Illinois in late August.

The story broke, and as more deaths occurred, our news feeds bombarded us with scary words like “epidemic” and “crisis.” That’s why I wanted to take a deep dive into the issue. Were my handful of friends who vape going to drop like flies the next time they put an e-cig to their lips? Based on the headlines, it seemed like it. Where was the context?

We first heard about vaping-related illnesses mid-August 2019. The CDC reported they were investigating 94 possible cases, across 14 states, of severe pulmonary illness linked to vaping. And nearly one-third of them were in Wisconsin.

The CDC updates its count of reported cases of EVALI and linked deaths each week. As of the writing of this article, the EVALI rate is 2,290 and the death toll is 47.

Putting the numbers into perspective

Any injury rate or death toll can sound scary-high. But for the sake of comparison, let’s look at some other causes of death and their stats. This can help put the vaping crisis into the bigger picture of health harms.

And the National Safety Council estimates 40,000 motor vehicle deaths in the U.S. for 2018. (Wear your seatbelt, folks. Yes, I’m talking to you, Dad.)

Arguably, these statistics are last year’s data. Looking at them can feel like comparing pineapples to tangelos as we’re not quite finished with 2019.

If you want a real-time stat, there’s this: As of the writing of this article, the U.S. has seen 367 mass shootings in 2019 with nearly 1,500 injuries and more than 400 deaths. A whopping 69 of those deaths occurred in August alone, around the time of the first vaping casualty.

Yeah, these stats are all depressing. But they illustrate that, in the grand scheme of dire things, deaths attributed to vaping are actually low. That’s not to say the situation shouldn’t be taken seriously. After all, one death associated with vaping is one too many.

But we also have to keep in mind that more than a decade went by without deaths attributed to e-cigs. So something else is at play.

The cause of vaping injuries and deaths

Context matters, folks! The health effects of vaping have not been rigorously studied, so we have no idea how dangerous e-cigarettes really are. We need the whole story. And we at least have another piece of the puzzle now. Yep, I’m talking about vitamin E acetate.

In its testing of bronchoalveolar lavage (BAL) fluid from the lungs of 29 people with EVALI across 10 states, the CDC identified vitamin E acetate in all of the samples, calling it a “chemical of concern.”

Vitamin E is found in foods such as nuts and seeds or salmon and it’s often an ingredient in skin care products. Taking the vitamin as a dietary supplement, eating it as a macronutrient in food, or applying it to the skin is safe. But the CDC says previous research has shown that vitamin E acetate may hinder normal lung functioning when inhaled.

All we can do is look at what we know and what we don’t so far. And right now, we know that vitamin E acetate could be our main bad guy, likely because, per the CDC, it’s being used as a thickening agent.

If we’re talking about correlation though, we’d be remiss not to note that the majority of cases of EVALI are also tied to delta-9-tetrahydrocannabinol (THC). For anyone who needs a weed primer, that’s the psychoactive compound in cannabis that causes users a “high.”

The Food and Drug Administration (FDA) has tested 528 vaping product samples that are directly linked to 72 EVALI patients with CDC case numbers. Of the 68 samples analyzed so far, the FDA has found that 79 percent of these individuals have links to THC vaping products, and 76 percent of those cases included vape solutions with vitamin E acetate.

A lot of people vape only to gain the benefits of THC, whether medicinal or just for funsies. But we all know the marijuana laws in the U.S. are still hazy, with weed legal in some states, and illegal in others and also at the federal level.

But let’s get even more specific: The FDA says vaping “products containing THC, particularly those obtained off the street or from other informal sources (e.g. friends, family members, illicit dealers), are linked to most of the cases.”

That’s not to say that your weed savvy cousin is out to get you with some sort of sketchy vape pen. Plus, the word “illicit” feels strong here, especially when weed is legal in some capacity in more than half of U.S. states at this point and racial and classist stigma against marijuana still runs high.

However the issue remains that in states where weed sales or possession are illegal, THC vapers may lack knowledge about their full supply chain. That can be the case even when a trusted person is helping you obtain products. (Btw, weed is still illegal in Wisconsin, where nearly one-third of those initial EVALI cases surfaced.)

And although the FDA is working to better regulate vaping products, for example, by requiring e-cig companies to submit ingredient lists, the situation still leaves many THC vapers vulnerable.

So should you quit vaping?

Often the best decision with inhaling any product that isn’t oxygen (or your asthma inhaler!) is: don’t. Quitting the juice is probably a good idea, especially if you vape THC from an e-cig bought off Insta or something.

Right now, it’s likely safer to get your THC the old-fashioned way, like from some special brownies. Or try other edibles.

But if you vape THC because it’s the fastest way to treat symptoms of anxiety or another issue, or vaping is your most discreet option, aim to get your supplies at a trusted dispensary with tested and regulated cannabis products.

Definitely don’t try to DIY your own vaping juice. Yes, that’s apparently a thing, especially now that e-cig companies are pulling the plug on flavored vape juices ahead of a planned FDA ban on them.

The ban is intended to deter kids from vaping. If you’re a young person, meaning under age 25, vaping is just too dangerous, not only for your lungs but also for your brain.

And what about the nicotine vapers? If you don’t have a nicotine addiction, don’t make it a point to get one through vaping. If you’re currently using e-cigs to quit the real ones, use it as a stepping stone to stop the inhaling habit completely.

The American Heart Association doesn’t consider vaping to be the safer alternative.

I’d be remiss in talking about death tolls if I didn’t point out that heart disease is the number one killer of Americans, with nearly 650,000 dying in 2017. Smoking cigarettes is a controllable key risk factor for heart disease, and we just don’t have the data yet on the long-term effects of vaping. That’s why quitting is ultimately the safest choice.

But it’s easy for me to sit here and tell people to quit, since I never started. If there’s one thing that I understand though, it’s that choices surrounding health can fall into a gray area. The relief or sense of calm you get from vaping might be your biggest concern surrounding the issue. If you’re going to continue to vape for whatever reason, stick to a brand you trust, monitor yourself for any adverse symptoms, and contact your doctor immediately if you experience them.

Jennifer Chesak is a Nashville-based freelance book editor and writing instructor. She earned her Master of Science in journalism from Northwestern’s Medill and is working on her first fiction novel, set in her native state of North Dakota.