Can Hempseed Oil Help My Psoriasis? 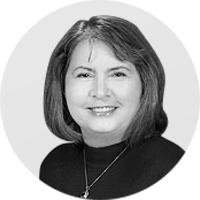 The itching, the cracking, the soreness, the redness — ugh. When your psoriasis gets bad, you’ll try almost anything to ease the discomfort and get some relief. So what about hempseed oil?

Derived from the seeds of the hemp plant, hempseed oil is rich in beneficial fatty acids that could play a role in fighting inflammation, bolstering your immune system, and fortifying your skin’s barrier.

On the other hand, the science on hempseed oil and psoriasis is far from conclusive. Still, the potential benefits plus the low risk for side effects might make it worth trying. Here’s what you should know.

Psoriasis and hempseed oil: What the research says

Hempseed oil isn’t a proven psoriasis treatment. But it does contain properties that research suggests could be helpful for easing psoriasis symptoms.

Hempseed oil is rich in essential fatty acids including omega-3s and omega-6s, which could play a valuable role in easing psoriasis-related inflammation and promoting a healthy immune response.

Most of the research on omega-3s and 6s and psoriasis has looked at supplementing with omega-3s from fish oil, not hempseed oil.

Findings have also shown that applying fish oil directly to the skin can reduce scaling, when used in combination with UVB therapy. And since hempseed oil contains a similar fatty acid profile, it has the potential to deliver similar benefits.

In a review of plants used to treat skin diseases it is stated that that hempseed oil can strengthen the barrier of psoriatic skin, helping it to better resist bacterial, viral, and fungal infections.

The current science isn’t enough to definitively say whether hempseed oil will keep your psoriasis symptoms in check. But the findings, combined with the knowledge that omega-3s overall have been shown to be helpful for skin problems, could be enough to convince you that the oil is worth trying.

How to use hemp oil for those pesky flare ups

If you’re gonna try hempseed oil to soothe your psoriasis, you’ve got two options: Swallow it or slather it directly on your skin. One option isn’t definitively better than the other, so the route you choose might depend on where your symptoms are flaring.

Down the hatch: Ingestion

Hempseed oil is safe to consume, either straight up by itself or added to food. And taking it on the regular just might play a part in helping to keep your symptoms in check.

Since the oral route of hempseed oil to treat psoriasis is meant to have a systemic effect, ingesting it could be a good option if you’re dealing with scaling and redness over large areas of your skin.

As for how much to take? While there’s no official dosing recommendations, this previously mentioned study that compared hempseed oil to olive oil for managing atopic dermatitis found that subjects saw improvements after taking 2 tablespoons of hempseed oil daily for 20 weeks.

Drinking the oil by the spoonful is certainly one option — so if you can tolerate it, go for it. But you could also add the oil to smoothies, use it in salad dressing, or drizzle it over things like grain bowls, roasted veggies, or cooked proteins.

Should you actually cook with it? Probably not. Hempseed oil’s smoke point is 330°F (165.5°C), which is too low for things like sautéing, stir-frying, or baking.

When an oil reaches its smoke point, some of its nutrient compounds can start to break down and produce harmful free radicals. So you’ll reap the biggest benefits by using hempseed oil without any heat.

You can also apply hempseed oil directly to your skin, like a lotion. This can be a good option if you’re dealing with a smaller flare-up on just one part of your body, like your scalp.

Research hasn’t proven that applying hempseed oil to your scalp or other parts of your skin will definitely clear your psoriasis. But there’s some reason to think it might be helpful.

Regular moisturizing in general is a key part of psoriasis management, and oils lock in more hydration than lotions or creams. And since omega-3-rich oils seem to be particularly good at fighting inflammation, using hempseed oil as a moisturizer could be helpful.

To apply hempseed oil to your skin, use it just like you would any other moisturizer: Massage into your skin several times throughout the day, including after you take a shower or bath.

If you’ve got stubborn plaque on your scalp, you could use hempseed oil to safely and gently remove some of it. Soak your scalp in warm (not hot) water, apply the oil, then comb your scalp using light, circular motions to break up the plaque.

What are the best hempseed oils to use for your psoriasis? Here are some options worth trying:

Does hempseed oil have any side effects and risks?

Hempseed oil is considered relatively safe, both to consume or put on your skin. But it can have an anti-clotting effect, so if you take blood thinners or have any kind of blood clotting issue, you should get the green light from your doctor before using hempseed oil.

Another thing to keep in mind: Eating or drinking a lot of hempseed oil might mess with your stomach and up the risk for cramping, bloating, nausea, or diarrhea.

Fats in general can take a long time to digest, and long chain triglyceride fats like hempseed oil are particularly potent at triggering queasiness.

As for whether hempseed oil will make you high? Worry not. Even though hemp is derived from the marijuana plant, it doesn’t contain the psychoactive compound THC.

Finally, don’t use hempseed oil on your child unless you get the OK from their pediatrician. While the oil is safe in small doses, there is a case report of a child being poisoned from taking hempseed oil long-term.