Omega-3s: So Hot Right Now — but How Much Is Too Much? 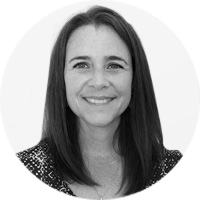 Omega-3s are touted as the answer to basically every health problem ever. So should you be making a point to load up every day? And more importantly, is it possible to have too much?

And they’re considered essential: Your body can’t produce omega-3s, so you have to get them through food or supplements.

But you might not need as much as you think.

Here’s how much it takes to meet your daily requirements:

Getting a little bit more than that probably isn’t a big deal. But taking in sky-high amounts of omega-3s doesn’t seem to serve up any extra benefits. In fact, it could pose some health risks.

Here’s a look at what the science says omega-3s can do for you, how much is too much, and why you probably don’t want to overdo it.

The benefits of omega-3s

We’ve all heard that omega-3s are good stuff. But which of the benefits are actually backed by research?

They can protect your heart

One of the most potent powers of omega-3s is their ability to thwart the production of inflammatory substances that can wreak havoc on your blood vessels.

That could help lower your triglycerides (by as much as 30 percent!) and your blood pressure and increase your good cholesterol. And together, those things could help reduce your risk for heart attack and stroke.

They could boost brain health

Omega-3s are a must for healthy brain cells — they help preserve the cells’ outer membrane and ensure that cells communicate effectively.

And getting enough could be important for staying sharp later in life. Some research has found that fish oil supplements can boost brain function in adults with mild cognitive impairments or age-related cognitive decline.

They could ease depression symptoms

These healthy fats seem to have a positive effect on mood. An analysis of 13 studies concluded that people with depression who took fish oil showed improvements in their symptoms similar to what they’d get from antidepressants.

But if you’re taking meds for your depression, don’t ditch them altogether (especially not without talking to your healthcare provider first). It seems that omega-3s offer the greatest benefits when they’re taken along with antidepressants, not in place of them.

They can help fight joint pain

Mounting evidence suggests omega-3s could be a powerful complement to standard pain meds (like NSAIDS) for rheumatoid arthritis.

Research has shown that they reduce joint swelling and pain, ease morning stiffness, and enable people to cut back on their pain med use.

They might make it easier to manage GI problems

Are omega-3s the answer to managing digestive disorders like ulcerative colitis, Crohn’s disease, and inflammatory bowel disease? Some research has found that these fatty acids are involved in the production of compounds that help regulate bowel inflammation.

But the evidence isn’t strong enough to lead experts to recommend omega-3s as an across-the-board treatment for IBD. If you’re thinking about using omega-3s to manage a digestive disorder, talk to your healthcare provider first.

They could support your weight loss goals

Supplementing with 1.3 grams of fish oil daily has been shown to boost feelings of fullness for up to 2 hours after eating, and taking 3 grams daily could potentially boost your calorie burning by around 5 percent.

Is either of those things enough to help you lose weight without making any other changes? Nope. (Sorry!) But they could help support more significant lifestyle changes like eating less and moving more.

These healthy fats can do good things for your ’dermis. Studies suggest that omega-3s’ inflammation-fighting abilities could help reduce acne, ease dry or itchy skin, and even protect against the sun’s harmful ultraviolet rays.

As for your locks, the science isn’t quite as strong, but some animal studies have found that omega-3s could potentially help with hair growth.

They could offer some protection from cancer

While the research is inconclusive, omega-3s may reduce the risk for several types of cancer, including breast, prostate, and colon cancers.

They could also play a role in fighting certain cancers: The combo of omega-3s and vitamin D has been shown to help kill some breast cancer cells. And taking large amounts of omega-3s could reduce the chance of dying from prostate cancer.

How much omega-3 is too much?

OK, so omega-3s are definitely good for you, and it’s worth getting them every day. But is it possible to overdo it? The answer is a hard yes, so pay attention.

Omega-3s are beneficial in moderate doses, but it’s probably a good idea to limit your intake to 3 grams a day. Why? Larger amounts of omega-3s haven’t been shown to be better for you. (And if you’re not reaping any additional benefits, why bother?)

On the flip side, too much omega-3 could set you up for some health problems. Because the fats are anti-inflammatory, getting too much could potentially suppress your immune function and make you more prone to getting sick.

High doses of omega-3s can also have a blood-thinning effect and reduce your blood’s ability to clot. That could lead to excessive bleeding, especially if you take anticoagulants or other blood-thinning drugs.

It could also put you at higher risk for excessive bleeding during or after surgery. So if you’re planning to undergo a procedure, you may need to stop taking all omega-3 supplements for a week or two beforehand.

To top it all off, all those fatty acids can lead to uncomfortable side effects like heartburn, nausea, stomachache, or diarrhea. Uh, no thanks.

Omega-3s from food vs. supplements

You’re more likely to veer into omega-3 overload territory with supplements than with food.

Sure, a few foods contain all the omega-3s you need in a day — you’ll get about 1.2 grams from just 3 ounces of salmon, for instance. But because most of us aren’t eating megatons of salmon every day and omega-3s aren’t abundant in a wide variety of foods, it would be hard to get 3 grams or more from your diet alone on a regular basis.

Supplements are a different story. Some fish oil pills contain a day’s worth of omega-3s or more. So if you’re taking those every day and eating loads of omega-3 rich foods, it might be easier to go over the recommended daily limit.

Some omega-3 supplements (like those made with cod liver oil) are also high in vitamin A, which can be toxic in large amounts.

The bottom line: It’s easier to get too much omega-3 from a supplement than from food alone. So if you’re thinking about popping a fish oil pill, check the label to see what amount you’re actually getting.

Omega-3s for pregnancy and kids

Omega-3s are critical for a baby’s developing brain, both during pregnancy and in the first few years of life. Some research suggests fish oil intake during pregnancy contributes to improved problem-solving ability in early childhood.

Studies also suggest that high maternal intake of omega-3s during pregnancy could reduce the chance for childhood allergies, eczema, and asthma.

But again, even though omega-3s are super valuable, you don’t need a ton to reap the benefits.

Women should aim to get 1.4 grams per day during pregnancy and 1.3 grams per day while breastfeeding. And it’s perfectly fine to get it from low-mercury fish like salmon, herring, sardines, or freshwater trout.

Where to find omega-3s

These healthy fats aren’t found in a ton of different foods, but you can get your fill if you know where to look. Some of the best sources are:

Of course, supplements are also an option. Fish oil is the most common supplement source of omega-3s, but algae oil is a good vegetarian or vegan choice.