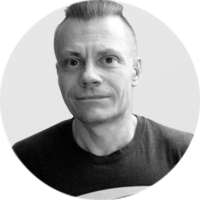 Bodyweight exercises are great for building strength as it is, but add a plyometric element — like a jump or an explosive movement — and you’ve just taken your workout to a whole new level.

A 2014 study on handball players found that a 7-week program reduced body fat content by about 15 percent and increased lean muscle mass by 2 percent. The athletes also improved their lower-body strength, thanks to all those jumps.

Plyometrics are great for anyone involved in team sports. A 2016 study showed that two plyo sessions per week for a month and a half could enhance an athlete’s change-of-direction ability, particularly for basketball players.

If that’s not enough to convince you to give plyo a try, a 2015 study on soccer players found that a 6-week resistance training program combined with plyometric exercise improved overall strength, sprints, and jump performance.

If you’re wondering how long you’ll have to commit, we’ve got good news. A review of studies in 2016 found that gains from plyometric training could be achieved in as little as 4 weeks, though 8 weeks was the sweet spot for seasoned athletes.

Before starting, keep in mind that plyometric training is not intended for workout newbies or those recovering from injuries. You’ll need to focus on good form and all-out effort. That’s why it’s best to do these at the start of a workout before your muscles fatigue and your performance slows.

If you’re new to plyo, focus on three or four moves at the start of your workout (after a solid warmup, of course). Do 2–3 sets and 3–5 reps per set. Perform the moves 2–4 times per week, with 48–72 hours rest between sessions.

Check out our list of moves below, plus a quick workout designed exclusively for Greatist by Shaun Jenkins, head coach at Tone House in NYC. From beginner to advanced, here are 18 awesome strength- and speed-boosting exercises.

Perform a standard push-up, but as you push up, use enough force that both hands leave the floor and you are able to quickly clap them together before landing.

Make it easier: Drop to your knees and practice pushing up with a clap before you move to your toes.

From a high plank position, jump feet forward into a wide squat and bring hands off the floor, either into prayer position or in front of your chest.

Keep back straight, shoulders down, and chest out while in the low squat. Pause for a second, then place hands on the floor and jump feet back into high plank position. Repeat as quickly as possible.

Stand with feet close together and arms at your sides. Brace your core, send hips back, and step to the right with right foot, bending right knee and keeping left leg straight as you come into a low lunge.

You may find it helpful to hold your arms straight in front of you or in prayer position while in the low lunge to help maintain balance.

In one fluid movement, push off right foot and hop right foot to the place of left foot as you simultaneously send left foot out. Come into a low lunge on the left side. Think of it as a side step with a hop. Continue to alternate sides.

Stand with feet hip-width apart and step right foot back, coming into a low reverse lunge. Shift all your weight to left foot, engage glutes, and brace core.

Bring right foot forward and simultaneously jump off left foot, bringing right knee to chest. Land softly on left foot and immediately step back into a low lunge to repeat.

Fire up your calves by jumping around an imaginary box. Begin by balancing on right foot with knee slightly bent. Keeping arms loose at sides to help with balance, hop to the right, landing on only your right foot.

Staying on the same leg, hop to the left, then forward, and then back. Switch legs and reverse direction. Focus on quick, small jumps.

Make it easier: Perform the exercise on both feet and focus on building speed as you jump in formation.

Stand with feet wider than shoulder width, toes turned slightly out. Drop into a deep squat, hands touching the floor. Now explode up in a jump, like a frog. Land softly on the balls of your feet and quickly repeat with an emphasis on the vertical height of each jump.

Why not give the classic Olympic event a shot? For this explosive lower-body move, stand with feet hip-width apart and crouch into a squat position with your arms back.

Spring forward with feet together, swinging arms forward to help, and land on the balls of your feet with both knees bent.

Either turn and immediately jump back to the starting position or continue to jump forward if space allows, with no rest between jumps.

Do a burpee. As you stand up at the end of your burpee, instead of doing a normal hop, jump and bring both knees up as high as possible, tucking knees to chest. Land softly on the balls of your feet and go right into your next burpee.

This move teaches you to change directions quickly and powerfully. Stand on right foot, bend knee slightly, brace core, and hop to the right as far as possible, landing on your right foot. Immediately leap forward to land on your left foot.

Focus on stretching out both legs as long as possible in the air (think of a ballet dancer leaping). Finish by extending right leg, leaping forward with right foot, and then quickly bringing feet together mid-jump to land lightly on both feet.

Start into a low lunge by stepping forward with right foot and allowing both knees to bend. Keep core braced and right knee over right ankle.

Shift your weight onto right foot and jump up, changing your lunge stance in midair so that you land with left foot forward, right foot back.

Immediately drop into a low lunge on the left, shift your weight to left foot, and jump up, switching stance in midair to return to the starting position. Aim for height, not speed. This one is all about generating vertical power and landing as lightly as possible.

Stand with feet shoulder-width apart, knees slightly bent, and hips back, as if you were just beginning a squat.

Now spring up into the highest jump possible, bringing knees to chest. Land softly on toes in the starting position. Immediately jump back up, resting as little as possible between jumps.

Bracing your core, stand and jump up on left foot. Immediately return to seated position and roll back down, keeping knees pulled to chest and a slight curvature to your back.

Rock forward to repeat the move. Focus on making the movement as fluid as possible, so there is no pause between rolling up and jumping. Repeat on the other side.

Make it easier: Use your hands to help push yourself up from the roll and again to gain stability before jumping. Perform this move using both feet, instead of one, to jump.

Ready to kick things up a notch? Begin this move by kneeling on the floor with knees slightly wider than hips. Draw arms back, then forcefully swing them forward to generate enough momentum to jump into a squat position, landing on both feet.

Think about using your core and glutes to help generate power for this move. To return to the starting position, step right foot back, coming down onto right knee. Then bring left foot back and come down onto left knee.

Make it easier: You may want to practice this move with some stacked yoga mats or towels for padding.

Start in a high plank position. Lower to the bottom of a push-up, with elbows wide and at a 90-degree angle. Explosively push through your hands and keep an extremely tight core so that your entire body momentarily floats off the floor.

Keep core tight upon landing so that hips don’t drop toward the floor and you land in a high plank. Move right into the next rep.

Make it easier: Master the plyo push-up (No. 1) before trying this move.

Stand on left leg, with knee slightly bent. Bend forward at hips, allowing right leg to naturally come up behind you, like a drinking bird. Continue until right leg and chest are parallel to the floor (think: Warrior III Pose in yoga).

In one quick movement, swing arms forward, raise your chest, and use left foot to push off the floor, bringing right knee up toward chest.

Softly land on left foot and slowly lower back into the bent-over position, attempting to keep right foot off the floor throughout.

Make it easier: After you land, tap right toes to the floor to re-establish your balance before bending over again. You can also place your fingertips on the floor to help balance when your leg is extended behind you.

Here’s another power-producing leg exercise that teaches your body to change directions quickly. Stand with feet together. Bend knees slightly and jump as far as possible to the right.

Upon landing, immediately perform a tuck jump (No. 11). Now jump as far as possible to the left and, upon landing, spring into a tuck jump. Continue alternating sides.

Stand on left leg, with left knee slightly bent and right foot off the floor, extended in front of you. Grounding your weight into left foot, brace core, send hips back, and slowly lower into a single-leg squat (called a pistol squat).

Extend arms forward to help with balance. Hold momentarily at the bottom of the squat, then allow your butt to touch the floor. Immediately rock onto your back, as you did in the judo roll (No. 12).

Roll forward again. Using only left leg, stand up and jump as high as possible. Land softly on left leg and repeat.

Combine upper- and lower-body explosiveness into one awesome (and super-advanced) move. Start in traditional push-up position, then quickly push through your hands as hard as possible to generate some momentum.

As your body rises, tuck knees to chest and simultaneously bring feet to land under your body. The landing position is a deep squat. Hold it for a second, then jump back into push-up position to repeat.

Do 2–3 sets of 3–5 reps of each move below, in order. Add this workout to your regular routine or do it on its own 2–4 times per week.

Special thanks to our model Shaun Jenkins, head coach at Tone House in NYC, who also wrote the workout. Shaun wears a Lululemon top and shorts, as well as Nike sneakers.