The Men’s Fitness Industry Is Missing Out on the Body-Positivity Movement. And It Sucks

It’s hard to argue men can ever experience more difficulty than women, but let’s talk a little bit about male empowerment.

There’s something lacking in men’s fitness writing: insecurity. Women’s content seems to have it in spades, but believe me, that’s a good thing.

Finding self-love through weightlifting is something I just never hear male trainers discuss.

I’m not saying that female fitness writers are insecure, at least, not more than anyone else. What I’m saying is that when they write, they connect with their audience by recognizing their vulnerabilities, fears, and shortcomings. The most popular women’s blogs acknowledge insecurity; they commune with it; and they frame strength training not as a way to find validation, or perfection, or a body worth loving, but instead as a way to honor and love their bodies. And finding self-love through weightlifting is something I just never hear male trainers discuss.

This is the kind of stuff I’m talking about:

“In a world that encourages us to value ourselves solely on how we look, strength training, if we allow it, will shine a blinding light on the things we can do. As a result, you’ll value yourself in a new, wonderful, empowering way.” —Nia Shanks, Lift Like a Girl

“[Weightlifting] is a practice in shedding your old skins that no longer serve you, in living in the moment, and in believing in yourself… Lifting weights can be the practice of loving yourself, if you let it.” —Jessi Kneeland, Remodel Fitness

“Embrace, nourish, praise, and honor your body, and it will change accordingly. Remember, the things we love thrive because of the love we give them.” —Neghar Fonooni

Beautiful, right? But how often do we see those sentiments on the other side of the gender divide? I’ve spent the last ten years devouring as much fitness content as possible, but no male writer has resonated with me the way women have.

Looking for Abs in All the Wrong Places

I’m Nick, by the way. I was your standard gangly zit farm in high school. I never played sports. I cry listening to emotional podcasts. I lost my virginity really, really, really late. I still can’t grow a goddamn beard. Masculinity is something that never really made sense to me. I was so unpopular in high school and so far down from the ruling jock class that fitness and manliness wound up synonymous with “thuggish moron” in my mind. Any time I was told to “be a man,” it always meant to stop thinking and stop feeling.

It wasn’t until my mid-20s that I even tried exercise, and that was just because I was unemployed, broke, living with my parents, and felt like I needed to control something.

I felt naked and exposed when I exercised; I hated how weak I looked when I struggled against resistance. I couldn’t even step foot in a gym—all my exercise took place at home in solitude, where I combined bodyweight and resistance band training with high-intensity intervals on a secondhand bike. Eventually, I was working out for two hours straight every single day.

The main point of exercise, I always thought, was for people to like you with your shirt off.

I shredded my abs, shaved my head, and managed to graduate from self-loathing drunk to self-loathing narcissist. But nothing I read or did brought me closer to actually loving myself; I just became more critical. It took years for me to deal with the underlying insecurities driving me to restrict my diet and maniacally hack away at my body fat.

Male fitness bloggers just didn’t write about that sort of stuff. The main point of exercise, I always thought, was for people to like you with your shirt off. See, for example, below:

“The reward [of diet and exercise] is a set of abs that are the envy of everyone you know.” —Muscle and Fitness

“Something is hardwired into women’s brains so that when they see the [abdominal] V-lines, they somehow throw all inhibitions to the wind and go wild!” —Greg O’Gallagher

“Fifteen percent body fat [is] well within healthy levels, but it’s not going to turn many heads on the beach.” —Men’s Fitness

“[Guys with ‘wimpy legs’] not only look unbalanced and deformed but they also look like girlie-men. Ask any female and she’ll tell [you] a good-looking body is not complete without ripped legs and a solid set of calves. Strong, cut, and muscular legs give you an athletic look that boast confidence, aggressiveness, and control.” —Vince del Monte

“I don’t know if people aren’t aware of it as an issue, or if people who know it’s an issue aren’t talking about it because it doesn’t seem profitable, but I do think it’s not being talked about to a large degree.”

That last quote is actually Rog Law, a Massachusetts-based trainer who thinks and writes a lot about modern masculinity. He told me the fact that men’s fitness writing is less emotional reflects gender roles at large.

Women like to “overshare” right from the start, he says. On the other hand, “guys take a while to warm up to the idea that there’s something deeper that’s really driving them. And they might not be at the point where they’re honest enough with themselves to even tell someone about it.”

But there is an expectation for men to do just that: to play the part of the stoic leader who feels no wounds and leaves their emotions unexamined.

Could that be why men’s fitness writing tends to keep things on the surface?

“I think a lot of it comes down to like, dudes don’t ever wanna feel like a pussy. That’s the worst thing!” Law says. “It’s definitely cultural—that’s beaten into us, but it’s shitty advice. It’s essentially saying, ‘Hey, stuff down your emotions and just get through it.’ But it’s not like the emotions are there to be stuffed down. That’s not how people are, regardless of gender.”

If it’s not clear already, we’re talking about gender, not sex—our learned roles, not our biology. Women aren’t, as far as we know, genetically predisposed to overshare and hug at hello. But there is some evidence that women bond with each other more quickly than men do, likely because both sexes have reason to find male strangers a little threatening.

It’s not like the emotions are there to be stuffed down. That’s not how people are, regardless of gender.

Here’s a “feminine” thing I do to try and bring guys closer together: I compliment men on how they look. Have you noticed how readily women say nice things to each other about their outfit, their makeup, or their figure? I want guys to do that. Is it girly? Maybe, but let me tell you, when a dude compliments a dude on his haircut, his shirt, or his biceps, he f*cking loves it.

Guys want more emotional connections with other guys, and that’s the kicker: There’s evidence men are just as emotionally sensitive as women, we’re just better at hiding our emotions. And when we do let feelings surface, psychologists say we’re also a lot more likely to turn our “feminine” feelings, like sadness and vulnerability, into emotions like anger or pride, which are more socially acceptable. (Remember that “Big legs boast aggressiveness” quote from above?) Law is right: Guys have a harder time expressing vulnerability than women, and it shows in the fitness industry.

Isn’t women’s media problematic too? Oh, hell yes. But you can’t deny that the tide is very deliberately turning for women—even Women’s Health has banned the phrases “bikini body” and “drop two sizes” from their product. There remains a ton of work to do and things sure as sh*t aren’t perfect, but we can probably agree that the voices asking for kindness, self-love, and body positivity in fitness are a lot louder among female trainers than men.

Can We Turn This Around?

A recurring theme in men’s fitness content, and in my own journey, is that of gaining a sense of control. The message behind “Gain muscle and impress everybody” is that this is a way to control how others see you. You’ll be noticed. You’ll matter.

Exercise is an ongoing form of self-improvement that can be a source of profoundly important life lessons.

That’s a message that works, but according to Law, it’s more of a temporary solution. A better alternative is to see weightlifting as a practice that helps men to be more introspective. Rather than a means to an end, fitness is a beautiful way to learn how to enjoy the process, to examine one’s flaws and shortcomings, and to work on them, rather than ignore them or pave over them with rock-solid muscle. Exercise is an ongoing form of self-improvement that can be a source of profoundly important life lessons.

“It sounds kinda woo-woo, but the intention you put behind the action matters a lot,” says Law. “If you have the intention to lift weights in order to get chicks, but you’re not really learning anything about yourself in the process, it’s like putting a Band-Aid on the problem. I think a lot of the writing out there ignores that side of it, but the truth is, you can’t solve an internal problem with an external approach.”

It’s time for men to follow women’s lead for a change. We should quit seeing the gym as a means to build a rockin’ body that turns heads on the beach and instead use it as an approach to know more about ourselves, to seek out our flaws, and to engage with them as we strive to improve ourselves each and every day.

As for me, I eventually let go of my frantic, two-hours-per-day workout schedule and fell in love with powerlifting. Instead of chasing a six-pack for its own sake, I embraced strength: It felt more like I was adding to my body, rather than taking away from it. I’m a little doughier, but I’m a lot happier. And the people who inspired me to make that change and love my body were women, not men.

As personal trainer and writer Neghar Fonooni says, “Fitness isn’t about ego. It isn’t about hustling for validation or recognition, internally or externally. It isn’t about competition to the point of destruction. It’s about honoring our bodies and doing our best.”

Man, I’d love to see more guys talk like that. 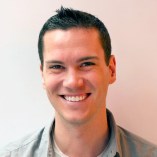