Mr. Sandman, Bring Me Some Herbs, Aminos, and Dreams — Please! 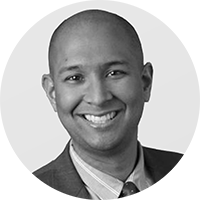 It seems like everyone is complaining about how they can’t get enough sleep. A National Sleep Foundation survey confirmed widespread sleeplessness when about half of participants reported at least one symptom of insomnia.

Your brain and body need those 7 to 9 hours of rest each night to recover after a long day of getting shit done. Here are some natural supplements that might help you sleep faster, better, and longer.

Melatonin is a key player in regulating your circadian rhythm (how your body functions at different times of day). A couple hundred years ago, melatonin would’ve been reliably produced by the pineal gland in response to the rhythm of sunrise and sunset, so you would naturally get sleepy in the darkness of night.

But now? Is it ever really dark? Light bulbs and electronic devices are beaming light at your brain all the time. Taking melatonin as a supplement (and turning off the damn lights!) can help signal that it’s sleepy time.

A 2013 analysis of research on melatonin showed the supplement can help you get to sleep faster, stay asleep longer, and have better quality sleep.

While the effect isn’t as big as with pharmaceutical sleep medications, maybe all you need is a little nudge to achieve more Zzz’s (and the side effects are milder than sleeping pills).

The research showed that people who took melatonin fell asleep 7 minutes sooner and slept 8 minutes longer than those taking placebo. Doesn’t sound like much, but that’s one less time you have to push the snooze button!

Melatonin is a hot over-the-counter (OTC) item in the United States. Start with a small dose of 0.5 to 3 mg for the best results.

The herb valerian was prescribed for insomnia nearly 2,000 years ago, so it has some history. But modern science supports its sleep benefits too.

A meta-analysis of multiple studies showed that valerian improved sleep quality. One study showed a mix of valerian, hops, and passion flower was equivalent to the sleep drug Ambien in terms of improving the time it took to fall asleep, sleep duration, and sleep quality.

In another study, postmenopausal women slept better with valerian root than with a placebo.

Valerian is generally recognized by the FDA as safe. A therapeutic dose for insomnia is 300 to 600 mg, or 2 to 3 grams of dried valerian root steeped in a cup of hot water for 10 to 15 minutes.

Besides your little ol’ Grammy, who ends their day by cuddling up with a cup of chamomile tea? Chamomile is the common name for plants in the Asteraceae family. The herb has daisy-like flowers and is commonly consumed dried as an infusion in hot water.

A study from 2017 showed older adults given 200 milligram capsules of chamomile extract twice per day experienced significantly improved sleep quality over people who received a placebo.

If you have trouble falling asleep, why not try a cuppa chamomile tea? Science says it will make you sleepy, and it’s a sweet bedtime ritual.

The mineral magnesium is used by the body in more than 300 biochemical reactions, including metabolizing energy and synthesizing neurotransmitters. Are you getting sleepier already?

Another study of older adults people (about half of whom had insomnia) found that magnesium supplements improved insomnia severity index scores, sleep efficiency, sleep duration, amount of time to fall asleep, and early morning awakening.

They also saw improvements in blood levels of cortisol and melatonin. Participants received a 500 milligram dose of magnesium.

Magnesium is available in multivitamins and as a single supplement. Daily recommended dietary allowances are as follows:

Stop and smell the lavender for better sleep

This tiny purple flower is basically the herbal ambassador for relaxation. So does it work?

In the study, both groups slept better, but participants with the lavender patch slept best.

You can find lavender essential oil just about anywhere, but make sure to do your research to find quality, ethically sourced EOs. Use with a diffuser or dilute (just a few drops) with distilled water to spritz on your PJs or pillow.

Passiflora incarnata (street name: passionflower) is traditionally used as a sedative for people with sleep problems. Its effects on sleep have mainly been studied on lab animals, but one human trial indicated sleep benefits in people aged 18 to 35 years old.

Dried passion flower can be made into a bedtime tea, and capsules are also available.

Take glycine to chill out

Glycine is an amino acid produced by the body to make proteins. We also get it from high protein foods like meat, dairy, and beans. It’s a popular supplement for controlling blood sugar, building muscle, and helping you sleep.

In the study cited above, participants slept better taking 3 grams of glycine daily. Much higher doses (9 g and 31 g per day) were not found to have adverse effects or cause daytime sleepiness.

Blame it on the L L L L-tryptophan

L-tryptophan is an amino acid used by the body to make serotonin and melatonin, which may explain why it’s associated with relaxation and sleepiness.

Turkey gets all the credit for putting people to sleep after a holiday dinner, but L-tryptophan is present in many high protein foods like eggs, cheese, fish, chicken, and sunflower seeds.

Some studies support the link between L-tryptophan supplementation and better sleep, but there are also safety concerns for people who take antidepressants or sedatives, or people who have kidney or liver disease.

Powder and tablet supplements are available, but you could also just eat more chicken (and nuts, seeds, dairy, eggs, fish, and chocolate). Yep, chocolate is a good source.

Skip the middleman and go straight to the 5-HTP?

Tryptophan is converted to 5-Hydroxytryptophan (5-HTP), which is then converted into serotonin. A 2017 study showed decreased time to fall asleep and increased sleep duration in mice who were given the equivalent of 6 milligrams of 5-HTP per kilogram of body weight.

Like tryptophan, 5-HTP is a precursor for serotonin, which may explain its sedative effect.

The same cautions for using tryptophan apply to 5-HTP, but it’s available in supplement form.

The science is iffy… maybe skip these

Kava kava (Piper methysticum) is native to islands in the western Pacific and has long been used for its sedative properties. In 2002, the FDA issued a warning against kava use because of the risk of liver damage, especially when combined with alcohol.

Parts of the ginkgo biloba tree have been used for centuries in traditional Chinese medicine to treat a number of ailments, including insomnia. However, science just doesn’t support its effectiveness.

Supplements are considered “food” and are therefore not regulated by the FDA like drugs are. While research may point to their effectiveness, no government organization is testing supplements to be sure they contain the ingredients and dosages claimed on the package.

Do your research, talk to your doctor, text your herbalist, or consult with your shaman before adding a supplement to your routine.

Hush, little baby, and go the f*ck to sleep!

Kids live in our same modern world, and as a result they have sleep problems just like the rest of us. Here are some safe suggestions for helping kids get their rest too.

If you need help getting to sleep, there are many natural products to try. Start with the simple ones like lavender essential oil, chamomile tea, magnesium, or passionflower.

Melatonin is generally understood to be a safe and effective supplement for sleep. Do your research on safety recommendations before trying amino acids and other herbal sleep products.