There’s no way to pretty up this topic: Boils are hard, red, often painful lumps under your skin that are inherently no fun. Also known as “furuncles,” boils are similar to pimples but are more dome-shaped, often more painful, and typically bigger.

In fact, boils can be as big as — brace yourself — golf balls. They form when an infection or abscess occurs, usually as the unpleasant byproduct of an interaction between hair, sweat, and friction.

Hot spots for boils include the neck, face, thighs, armpits, groin, and butt crack – or really any place where hair grows inside a skin fold and gets sweaty.

Over time, the lumps fill with pus, develop yellow or whitish tops, and eventually burst. The pus is basically white blood cells gathering to fight the infection, mixed with bacteria and other fun gunk. It often has a strong unpleasant odor.

There are a few different types of boils:

Note that similar-looking lumps under the breast or near the groin might be a different condition called hidradenitis suppurativa, which is caused by skin-on-skin contact. This can worsen if not treated, so it’s best to see a doctor.

The DL on boils

There’s no time like the present to deal with your boil, so get on that tout de suite. Complications are rare, but if left untreated, the infection can worsen and spread.

How to treat a simple boil:

Since a boil is caused by an infection, it might sound like a swell idea to apply an antibacterial ointment like Neosporin to your boil, but don’t until it has drained.

Your boil might rupture with any pressure or might burst on its own. Once the boil ruptures:

Taking care of a boil is serious business.

If streptococcus or staphylococcus (aka strep or staph — infection-causing bacteria) creeps into open wounds, you could develop cellulitis, a common skin infection that, while not contagious, can spread to your bloodstream and become life-threatening.

Cellulitis often starts as a swollen, red area that’s warm to the touch. It can also cause fever, chills, and weakness. If you experience any of these symptoms, see a doctor right away.

If you have a boil that won’t burst, a supersize boil, or a disturbing group of boils, it’s time to call in the professionals.

A group of crows is a “murder,” a bunch of apes is a “shrewdness,” and a (far less cute) group of boils is called a “carbuncle.” Having many carbuncles or getting them in rapid succession suggests a condition called carbunculosis.

Carbuncles are groups of boils and can be as small as a pea. They’re more common in men than in women, and they often form on the back of the neck.

They’re also contagious, so, much like love and annoyance, they’re often shared within families. They typically stem from staph and are more common among people with diabetes or weakened immune systems. Some are difficult to treat with antibiotics.

Due to the severity of the infection and risk for scarring, a doctor will need to treat your carbuncle, carbunculosis, or large boil. They will likely cut into the boils and drain them. They might apply sterile gauze to the wound and clean the area with a saline solution.

Your doctor also might prescribe antibiotics, particularly for carbuncles or if there are complications such as fever or low blood pressure.

Do not try to drain boils at home.

How can I miss you when you won’t go away, furunculosis?

Staph infection is the likely culprit behind recurrent boils, but other bacteria could also be to blame for these red, swollen bumps that signal a deep infection.

According to a 2015 study, boils return for an encore performance in about 10 percent of people. Those with diabetes or an autoimmune disease are more susceptible to recurrences.

To treat recurrent furunculosis, a doctor will take culture samples and try to figure out if underlying genetic, health, or hygiene issues could be causing the boomerang boils.

Depending on where the boil is, treatment may include keeping the affected area clean with antibacterial soap or fighting staph through the nose with an antibacterial nasal medication.

If the infection proves stubborn, doctors might prescribe oral and topical antibiotics to knock it out.

Many doctors are less gung-ho about homeopathic remedies because there just isn’t much science to support their effectiveness. It doesn’t necessarily mean they don’t work, but many should be taken with a grain of salt.

Everyone’s skin is different, and something that works for someone else might not help you. Or worse, it could give you a rash.

Ask your doctor for their opinion before trying a home remedy, and remember that even homeopathic doctors tend to say these fixes work best when combined with mainstream treatment methods.

Here are some homeopathic remedies that might help (find more info on how to use them here):

How to keep boils at bay

After all this talk about boils, you’ll likely want to avoid them at all costs. Certain conditions (and habits), such as eczema, diabetes, autoimmune diseases, and smoking, make people more susceptible to boils

If you’re pretty healthy overall, here are some ways to cut your risk for boils:

When it gets… complicated

Complications as a result of boils are pretty rare but can be serious: 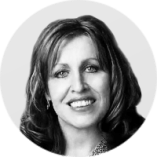