Why More and More People Are Choosing Celibacy 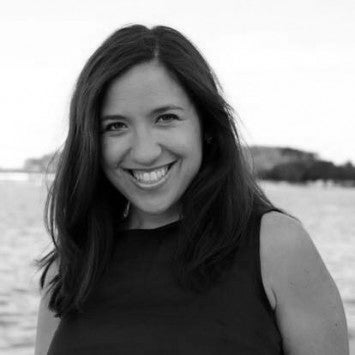 Sometimes it can feel like everyone in the world is having loads of great sex, especially when you’re not. Maybe it’s that one single friend who loves to regale you with her frequent hookup stories, or your married pal who always gushes about how her sex life is better now than ever.

“Ugh, is everyone getting it on more often than I am?” you think despondently. “Why does my sex life suck?”

Well, according to recent research, millennials may actually be having less sex than you’d think. More and more young people are choosing to abstain from sex for reasons ranging from personal growth to religious beliefs to dating burnout.

If you’ve ever considered giving celibacy a try, here’s a go-to guide for putting it into practice in your life, whether it’s for a month or for the foreseeable future.

Refresh me: What is celibacy?

In its broadest definition, celibacy means abstaining from sex for a period of time. Maybe you’re fed up with dating and are committing to going it alone for a while. Or maybe you feel like you’d rather get to know people without the addition of sex and physical intimacy.

“I find that young people are choosing celibacy after periods of sexual experimentation,” explains Olivia Orley, LMSW, a New York City psychotherapist with experience in mental health and women’s issues. “There has been a loss of intimacy with the advent of dating apps, and a lot of young people who are choosing celibacy are doing it in response to the hyper-sexualized nature of dating these days.”

Orley explains that celibacy can be a way for people to “cultivate a different kind of intimacy in their lives.”

According to a 2017 study, Americans are having less sex now than they did in the 1990s. This is due in part to the rising number of single adults — in 2019, the average marriage age in the United States was 28 for women and 30 for men (the highest in recent history).

The 2017 study also reported that millennials were having less sex than other generations (but it’s worth noting that the study didn’t specify how participants defined “sex”).

Orley sees this phenomenon in her work. “I’m not sure if it’s just millennials having less sex, but I do think with the performance-driven culture that we are in and the focus on output, there is a sense of pleasure being somewhat frivolous,” she says. “I have seen the demands of that lower the libido of many young people.”

She also notes that the increased use of antidepressants among young people may be contributing to a decrease in sexual desire.

Even celebrities are jumping on the celibacy bandwagon these days.

In March 2020, Orlando Bloom revealed that he had been celibate for 6 months before meeting his now-fiancée, Katy Perry. Bloom said a good friend gave him this advice: “If you want to be serious about a relationship, go celibate for a few months and figure it out.”

Bloom ended up abstaining from sex for longer than he initially expected. “I was going to do 3 months, but I was really enjoying the way I was relating to women and to the feminine within myself,” he said.

Nicki Minaj joked about her period of celibacy back in 2017, in an interview with Ellen DeGeneres. “I’m just chillin’ right now. I’m celibate,” she said. “I wanted to go a year without dating any man.”

The label breakdown: Celibacy vs. abstinence vs. chastity

These terms are often used interchangeably, and they all have to do with abstaining from sex. The difference is the reason people cite for doing so.

“Celibacy typically refers to a longer period of time of no sex and also typically includes other sexual relations,” Orley explains. “Abstinence can mean just abstaining from penetrative sex but engaging in other sexual acts, and it is often for a more limited period of time. Chastity has a more religious undertone and is tied to ideas of purity and religion.”

Ultimately, the way you choose to define your own celibacy is up to you.

How to put celibacy into practice

Here’s the thing: There really are no hard-and-fast guidelines. You’re in charge of your body, so you get to make the rules. “Do whatever makes you happy,” Orley says. “There is no one right way for anyone to be sexual.”

To define your celibacy goal and stay on track, you may want to write down what you’re hoping to gain from abstaining from sex. Then, you can decide which sexual behaviors you’re OK with participating in (if any).

Are you planning to avoid sexual contact entirely? Enjoy foreplay but steer clear of oral or penetrative sex? Stick to kissing for a while? It’s really up to you and what will help you accomplish your goal.

Should you try it? What to consider before diving in

The benefits of celibacy really depend on your reasons for doing it.

You may find it gives you more mental space to focus on your career and your passions. It may give you a new perspective on dating, allowing you to connect with people intellectually before you get physically involved. Or it may be a way for you to connect more deeply with your faith or religious background.

One benefit across the board is that being celibate basically eliminates your chance of an unplanned pregnancy. And depending on which sexual behaviors you are engaging in, you probably also have a lower chance of contracting an STI.

As far as cons, there really aren’t any if you’re happy with your decision.

“As long as you feel in control of your sex life and are having fun or learning and everything is consensual, there are no downsides,” Orley says.

You may find it more challenging to meet people who support and encourage your celibacy, but honestly, you don’t need that negativity in your life, anyway.

*Names have been changed.

Tips for dating while celibate

News flash: Celibacy doesn’t have to stop you from dating! If you embrace it and own it, you may actually find that your celibacy helps you connect with others who have similar beliefs and feelings.

“As long as you are up front with the person you are interested in about your path, there is no reason you can’t date in the same way people who are having sex are dating,” Orley says.

Be honest about your choice to abstain from sex. The person you’re seeing may have some questions about it, but hopefully they’ll admire the commitment you’ve made to yourself.

You don’t have to bring up your celibacy on your very first date, but Orley says it’s best to get it out in the open sooner rather than later.

“If celibacy is a long-term lifestyle choice you are making, then it’s good to be up front about it from the beginning of a relationship,” she notes. Don’t force the issue right away if you’re uncomfortable, but be honest and open about discussing your choice when it feels like a natural time.

Even though sex is off the table for the time being, you can still develop a deep emotional bond with someone romantically. You may even find you’re better able to get to know each other without the pressures and stresses of hooking up.

“Getting to know someone and being really vulnerable is in itself an intimate act,” Orley says. “Intimacy is not synonymous with sexuality.”

Who says celibacy is old-school? If you’re treating your body in a way that makes you feel empowered, you’re doing it right.

Sex is a personal choice, and you should feel confident to experiment with celibacy if it’s something you’re considering. Whether you love it or hate it, you’ll learn something new about yourself along the way.