Nothing suggests “healthy” quite like drinking vegetables. Celery juice certainly sounds like it’s good for you, especially since celery is already on your radar as a healthy snack.

But if it sounds too good to be true, then it probably is.

Celery juice has been around forever, or at least as long as humans have had blenders. Its recent “health halo” can be traced to an author and juice proponent named Anthony William, the self-proclaimed “Medical Medium.”

The celery faithful think drinking the juice on an empty stomach has “miraculous healing powers” such as weight loss and clearing up a truckload of medical conditions.

And because weight loss is hard, people want to believe it.

There are a lot of claims to unpack, so here’s the lowdown on celery juice, its purported benefits, and a few celery juice recipes (if you just really like celery juice!).

Does it help with weight loss?

That doesn’t mean it’s bad for you to drink, though. In theory, if a person habitually swapped in celery juice for some less-nutritious drinks — say, a daily Frappuccino — they would consume fewer calories and probably lose some pounds.

But any weight loss resulting from those swaps would be from lower caloric intake — not from the celery juice itself.

We’ll say it once more for the people in the back: Celery juice is not a magic bullet when it comes to shedding pounds.

Other benefits of celery juice

We’re not knocking celery here. Celery is a healthy snack, a star of the veggie platter, and a great addition to salads, soups, and Buffalo wings (yum).

The crunchy green stalks do have some nutritional perks. Celery is low in calories and has a modest amount of antioxidants and vitamins A and C. And 1 cup of chopped celery has only 18 calories!

Celery also contains a lot of water compared with other veggies, so it may fill you up when snacking. (Ants on a log, anyone?)

How do you take your celery?

There are different ways to consume celery juice. Some recipes call for blending or juicing stalks of celery. But juicing may take away some of celery’s health benefits, since it removes some of the fiber.

This doesn’t mean juicing is bad. Just know that eating whole vegetables and fruits is preferable.

Yes, celery juice is nutritious and low in calories. But those benefits aren’t the same as promoting weight loss.

Will it help my heart?

A 2017 review of studies found that consuming vegetable and fruit juices may improve blood pressure and cholesterol levels. But participants in these studies drank other juices, such as beet, carrot, and cherry, so the jury’s still out on celery juice specifically.

A 2013 study found that consuming the extract of celery seeds (small, brown seeds often used as a spice) decreased blood pressure in rats. But we’ll wait for more research on actual people for confirmation.

Will it help reduce inflammation?

Early studies on mice indicate that luteolin, one of the flavonoids in celery, may reduce inflammation and allergic reactions, but more research is needed.

Is it good for my skin?

Celery juice fans claim it clears up skin issues like acne, eczema, and psoriasis. But again, that claim is overhyped.

Yes, eating vegetables like celery will nourish your body with nutrients that may have a positive effect on your skin. But no scientific studies back up the claim that celery juice itself will give you a glowing complexion. (If only, right?)

The claim that celery juice is good for skin may trace back to the textbook Indian Medicinal Plants: An Illustrated Dictionary by C.P. Khare, which claims celery seeds have been used to treat chronic skin disorders like psoriasis. But there’s no research to back up that claim.

Low in calories and high in antioxidants, celery juice is a nutritious drink — especially if it’s replacing something with lots of sugar or fat. But the “miracle food” health claims about celery juice just don’t stand up to scrutiny.

Celery juice may be anti-inflammatory and good for cardiovascular health, but more research on humans is needed.

Yes, even celery juice can have some downsides. While it’s generally a nutritious choice, there are some red flags to consider.

Most of the sodium in our diets comes from packaged foods like condiments, soups, and canned goods. But celery (as compared to other vegetables) is naturally high in sodium. One large stalk (about 12 inches long) contains 51 milligrams.

The U.S. Department of Health and Human Services recommends healthy adults consume no more than 2,300 milligrams of sodium per day (that’s about 1 teaspoon of salt).

Eating a stalk of celery won’t add a worrisome amount of sodium to your diet. But when making celery juice, you’ll use multiple stalks of celery — in addition to the rest of the sodium you’re consuming that day — and your sodium intake could increase quickly.

If you’re going to drink celery juice, be mindful to cut back on sodium elsewhere in your diet.

Unlike celery juice, fiber is proven to aid weight loss, which is ironic since juicing celery eliminates the 1 gram of fiber per 12-inch stalk.

As mentioned above, whole fruits and vegetables are the real nutritional champs, as opposed to juices.

Vitamin K can interact with the blood thinner warfarin (Coumadin), and sudden changes in daily vitamin K intake can cause dangerous bleeding (if you eat less) or blood clots (if you overdo it). One large stalk of celery contains 18.8 micrograms of vitamin K.

Talk to your healthcare provider if you have a heart condition or a blood clotting disorder or you take blood thinners.

By drinking celery juice instead of eating celery, you could miss out on fiber, which actually does help with weight loss. You could also risk consuming too much sodium and vitamin K if you’re using lots of celery stalks in your juice.

How to make celery juice

So, you’ve read up on what celery juice does and doesn’t do, and your body is still saying CELERY JUICE!

Making celery juice is pretty easy. Some things to note:

Voila, you have celery juice! If it’s too boring, try adding a bit of your favorite fruit or a dash of fresh ginger.

Ready for the next level? Try these:

Here’s a delicious-sounding recipe: It combines celery, cucumber, and apple juices, with a little lime and ginger for extra flavor.

Cukes not your thing? Try this concoction of celery, lemon, and ginger. The blogger recommends adding 1/4 cup of water, too, so it’s more liquefied and you get more hydration.

Here’s a juice recipe that’s packed with flavor. Combine your desired amounts of pineapple, celery, cucumber, parsley, ginger, and lemon in a juicer. Make sure you have a nut milk bag or cheesecloth on hand for straining.

You can get lost scrolling through celery juice recipes on Pinterest or Google, and if you’re a fan of the taste, you should! Just remember to take claims about its “magical” or “miraculous” properties with a grain of salt.

Celery juice is trendy right now, and we understand the temptation to believe this green juice can clear up your skin, reduce inflammation, and help you lose weight. After all, it’s so green and healthy-looking, right?

The truth is, these claims are overstated and overhyped. Celery is a nutritious vegetable, but there’s no scientific evidence that celery juice aids weight loss or provides really any other specific health benefit.

If you want to enjoy this trendy juice for pleasure, go ahead. But if you’re looking to lose weight, it’s better to stick to the tried-and-true methods of healthy eating and exercise. 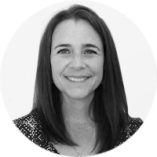