What’s Up with Our Poop the Day After We Booze?

If you wake up after a night of boozing and make a beeline for the bathroom, you’re not alone. First off, you’ve got to pee. Alcohol is a diuretic, which makes you produce more urine.

But there’s often a need to lighten the load, too, and it can be on the runny side. Here’s why.

What causes diarrhea after drinking?

We have the ethanol in alcohol to thank for the day-after-drinking stool (DADS), a phenomenon that’s also know by a far more vulgar term: the beer sh*ts.

Ethanol revs up the digestive process, which is why you have the urge to go right when you wake up.

Speeding up digestion also means there’s less time for the colon to absorb H2O, which can lead to watery stool, says Dr. Anish Sheth, a gastroenterologist and the author of “What’s Your Poo Telling You?”

Avoid these libations to prevent diarrhea

Beer and malt liquor are particularly bad offenders when it comes to DADS.

Our bodies usually produce plenty of enzymes to break down the complex carbohydrates found in these drinks when they make their way to the small intestine.

But the high volume of carbs that comes with guzzling beer, coupled with an accelerated digestive process (thanks, ethanol!) means some of the carbohydrates may enter the large intestine without breaking down, Sheth explains.

The bacteria in the large intestine will then have a field day fermenting the remaining carbohydrates, which results in gas, cramping, and (you guessed it) more diarrhea.

When to see a doc

A few loose bowel movements are nothing to worry about, but if the diarrhea continues for more than a day, consult a medical professional, Sheth says.

The symptoms that are part of DADS are similar to what happens when people with lactose intolerance consume dairy.

And like lactose intolerance, the limits for what people can drink before they start to feel sick varies, says Dr. Joseph Weiss, a gastroenterologist and the author of “The Scoop on Poop: Flush with Knowledge.”

“Just like some people with lactose intolerance can have cream in their coffee but start to feel sick after a glass of milk, some people will be fine drinking a beer or two but will notice digestive problems if they drink a whole six-pack,” Weiss says.

In rare cases, the digestive problems could be connected to bigger health issues, such as celiac disease or irritable bowel syndrome.

If symptoms like gas, bloating, cramping, and diarrhea show up often (and not just when you’re drinking), it’s time to talk to your doctor, Weiss recommends.

The ethanol in alcohol speeds up the digestive process, but some libations are more likely to produce watery poop than others.

It’s all about noticing how drinking affects your body and adjusting accordingly.

For people who find that beer and malt liquor give them the most digestive trouble, opting for wine and hard liquor can be a safer bet, Sheth says. 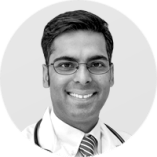