Do Clit Suction Toys Really Feel Like Oral Sex? I Tried 7 Models to Find Out

So, what do hundreds of millions of people do to pass the time when dating suddenly gets cancelled and staying indoors in the new norm? It seems a lot of them are touching themselves.

According to Vice, five top sex toy brands have done record sales since late March when a huge chunk of the world’s population started sheltering in place to decrease the spread of COVID-19.

So for those of you looking for a new type of sensation to pass the time with, might I make a suggestion? Clit suction toys.

“Clit sucking toys use a combination of air and suction to surround the clitoris, engage it, and create a lovely sensation. You simply place the nozzle over the clit and BAM the toy does all the work for you,” explains certified sex coach Gigi Engle, Womanizer sexpert and the author of All The F*cking Mistakes: a guide to sex, love, and life. “Many vulva-owners say it stimulates the feeling of oral sex.”

As a vulva owner and lover of oral sex, I decided to carve out some time to finally try all the clit suction toys I’ve been gifted from friendly PR folk over the years.

If your clit is super sensitive

Use a high quality water based lube to create a barrier against the toy and make sure to use the toy on the lowest setting, suggests Engle.

The Satisfyer Pro 2 may look like a tricked out ear thermometer, but the honking handle and angled mouth are practical.

The toy’s 4-inch long handle makes it easy to reach my bits from a laying down position. Plus, it’s made of a type of plastic that doesn’t get slippery when wet like silicone does. That means I have no problem holding the toy *exactly* where I want it even when my vulva is lathered in lube.

The mouth on this toy is bigger than any other toy on this list. This is a great pick if your clit is larger or thicker than your thumb, and you like the feeling of your clit being engulfed.

With gold detailing, a faux leather top, and gaudy-white, silicone body, the Satisfyer Luxury Haute might look a prop in an early Britney Spears music video, but it’s actually a two-for-one sex toy.

This babe? It doesn’t just “suck,” it also vibrates. For someone (like me!) who gets overstimulated easily, the option to switch back and forth between direct-contact sucking and less-direct vibration, can be the difference between crying (in pain) and coming.

Unlike the Satisfyer Pro 2, this toy doesn’t have an angled handle, making it awkward to maneuver. Figuring out which angle to approach my clit with took a little trial and error. At times, the sensation was way too much.

My advice is to be gentle with the pressure you apply and slowly moving it over your vulva, giving yourself time to feel for that exact aha pleasure zone.

That being said, the time it took to find my groove with this toy makes it hard for me to imagine buying it myself. Although, it is one I’d recommend if a) you can’t decide between a vibe or a clit sucker or b) you want to save a little dough.

3. If you’ve got a sense of humor: Chickie Emojibator

Upon being acquainted with this toy, I can’t help but imagine the entrepreneur who sat in a room and thought, “You know what the world needs? A clit suction toy straight out of that kids cartoon, ‘Barnyard Animals.’”

The Emojibator is made of silicone, waterproof, and has eight settings for both vibration and suction.

This toy feels like a clit-pump. When you place the nozzle over your clit, you’ll literally feel the blood getting pumped into the area.

For me and my extra sensitive clit, the key was using this toy over my underwear. When I did that, it felt very much like getting oral.

Beyond that, the Chickie is the most FUN sex toy I’ve ever owned. I’ve gifted my pals the Chickie in the past and will absolutely gift it again. Also, it’s the second most affordable toy on the list.

If you’re looking for a toy that mimics oral sex, keep looking. None of the eight suction settings of this silicone toy feel like a mouth, (unless you ask your partner to suck really hard).

And those with sensitive pearls may want to heed my advice above of using it over your underwear.

My last word on the subject is that the toy’s buggy little eyes are a little, well, freaky. And worse, to use it you have to pop the head off, which means you’re basically getting oral from a decapitated chicken…

4. If you want to get off QUICK: Womanizer Premium

The Womanizer looks like the love child of a banana and an old-school phone. If either of those things were made of silky silicone.

This toy doesn’t even need to touch your body to do it’s thing. Rather, it uses something called Pleasure Air™ technology to apply simulating air pressure for your clitoris.

Using this toy felt like I was getting an exorcism through my clit. In a good way.

Within 2 minutes, I was back-arched, legs-tense, eyes-in-the-back-of-my-brain on the mattress. And that was when I used the lowest of 12 intensity settings.

But it’s not just how closely the the Pleasure Air™ resembles oral sex that’s most impressive. It’s the sensor in the head that makes sure the toy only comes on when it senses your skin.

That means whenever I’m not actively using the toy, there’s no annoying fan-like sounds ruining the vibe or drowning out my mews.

I have to say, I loathe the name of the Womanizer, (because ~spoiler alert~ not everyone with a clit is a woman!).

While some clit suction toys look like gynecological implements or chickens, with gold detailing and matte silicone finish, the Lelo Sona Cruise looks like a true ~luxury item~.

Rather than using “air” to create a sucking sensation on your clit (like the other toys on the list do), LELO Sexpert and NYU professor of Human Sexuality, Zhana Vrangalova explains that the Sona uses what Lelo refers to as “sonic waves.”

“These waves penetrate deeper inside the body and manage to stimulate not just the clitoral glans and labia, but also the entire internal clitoris. It’s a more complete genital stimulation,” she explains.

What others liked about it

I’ll be honest, the Sona Cruise was not my cup of tea. My sensitive clit couldn’t handle the force of the stimulation. That being said, many people I talked to LOVE this toy.

“I used it on my clit while my partner used his fingers to press against my G-spot… and 5 minutes later: a waterfall,” she told me. She credits this to the powerful sucking sensation the toy provides. (PS: she recommends the 2nd, of the eight different modes).

The first time I tried the toy, I felt like my clit was about to be sucked clean off my body. It was uncomfortable, if not painful.

When I tried it again, this time with my partner, it was still wayyy too intense for me. But then my partner tried positioning the nozzle over my clitoral hood and that (!) was (!) the (!) spot (!).

TBH I’ll probably never use this so-sexy-it-looks-like-a-perfume-bottle toy again. But for the Advanced Masturbators out there, I say, go forth and orgasm!

“There’s a rotating nubbin on the side of the ring that you press up against your vulva, which feels like someone’s tongue” says Vrangalova.

When I used this toy with some water based lube I understood what all the tongue references were about: It literally felt like some deity was licking in circles around my clit.

Carly S. adds that the sensation feels similar to having a finger rolled around your clit.

A refreshing aspect of the Lelo Ora 2 is that the sensation is much more subtle than the other toys on the list. The advantage of milder sensation is a slower build up which, ultimately, can lead to a more intense and fulfilling orgasm.

Again, this is not a suction toy. So if you’re specifically into the sensation of getting your clit sucked during oral sex, opt out.

It’s also one of the pricier options on our list and since sex toys aren’t returnable after you try them out, you’re going to want to be extra sure you want it before buying.

7. Best for during penetrative play: We Vibe Melt

Dr. O’Reilly tells me, “My clients who use the We-Vibe Melt say it feels more like oral sex than any other toy.”

Hands down (well, more accurately, one hand down), this is my favorite clit suction toy on the list.

This toy also uses Pleasure Air™ Technology to surround your clit with pulsating waves with different intensities, depending on which of the 12 settings you opt in for.

It sounds intense, but it doesn’t feel like I’m getting my soul vacuumed out through my vulva like some of the other toys on the list. Rather, it feels kind of like oral sex I request from my partner: light licking and a little clit action.

This toy doesn’t even get in the way even during missionary. Hey, sometimes a bitch doesn’t want to have to do doggy to use their clit suction toy, okay?!

If you enjoy having your clit sucked like a tootsie pop, gnawed on, or even lightly chewed during oral sex, you’ll likely have to hit the plus sign a few times.

And at its highest setting, it creates the same persistent whirring noise an airplane makes right before takeoff.

What worked for me, may not work for you

Here are some tips for touching yourself:

If you currently have a Sex Mate, have them try out a few different oral sex techniques to learn what kinds of sensation will probably work best for you.

Then, if you can, visit a local sex-positive shop so that you can get hands on these babes and see just how intense, loud, and cumbersome they really are. 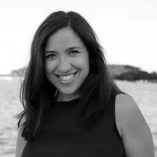