This post was originally published on New Hope 360. It is republished with the author’s permission.

The one pharmaceutical solution to weight loss – GSK’s Alli – is going off the market later this year. Can you say “opportunity?” Douglas S. Kalman, Ph.D., RD, rounds up the science on some promising ingredients in the ever-growing category of weight management and blood sugar control.

Douglas Kalman, PhD, RD: It is no surprise that the weight-control category for dietary supplements and foods grows each year. It’s startling to note that approximately 68 percent to 72 percent of Americans are now classified as either overweight or obese; but it provides an impetus for the concomitant growth of the sales of these foods and products. When looking at the data, we see that African-Americans had 51 percent higher prevalence of obesity, and Hispanics had 21 percent higher obesity prevalence compared with Caucasians – data that further indicate a larger risk of developing diabetes and other cardiovascular-related co-morbidities.1,2 In adults, the rate of obesity (classified as a body mass index of > 27) was 32.2 percent for men and 35.5 percent for women. Being overweight and/or obese increases risks for many quality-of-life issues as well as medical disorders and conditions.

It has been estimated that the sector of weight-loss or control products and services generates $33 billion per year. Amazingly enough, the pharmaceutical giant GlaxoSmithKline (GSK) has announced plans to stop selling its Alli weight-loss pharmaceutical by the end of 2011. This spells opportunity in this sector for dietary supplements with the following potential ingredients or products for weight and blood-sugar control.

Garcinol is powered by a polyisoprenylated benzophenone active isolated from Garcinia cambogia and Garcinia indica, fruiting evergreen shrubs native to Southeast Asia. It is believed that Garcinol (as in, GarCitrin) enhances the absorption of the biological actives from alpha-hydroxy citric acid (1,2-dyhydroxypropane-1,2,3-tricarboxylic acid). The (-) isomer of hydroxycitric acid has been shown to be a competitive inhibitor of adenosine triphosphate citrate lyase, while also being involved in increasing energy expenditure.

In short, this means that inhibiting citrate lyase results in the body having less to no ability to synthesize fat or make new fat (lipogenesis). When energy expenditure is enhanced, the result is that extra calories are burned, making weight control that much easier.

Garcinol is a fruit antioxidant with other health-related qualities. More recently, garcinol has been combined with (-) hydroxycitric acid in animal trials, showing a protective effect against body-weight gain.

A recent study in 46 overweight women demonstrated that over a 12-week period, more subjects in the group taking the active product lost weight. They lost more weight than the control group and the product seemed to help with appetite control. More studies are needed however; the combination of garcinol with hydroxycitric acid as a weight control product seems promising – much more promising than standard hydroxycitric acid alone.

7-Keto DHEA (3-acetyl-7-oxo-dehydrepiandrosterone, or 3-acetyl-7-oxo-DHEA) is actually 3 beta-acetoxyandrost-5-ene-7, 17-dione; however, the trade and popular name of this naturally occurring ingredient is 7-Keto. (7-Keto has been approved by the Food and Drug Administration as a New Dietary Ingredient.) 7-Keto has undergone multiple clinical research studies that have been published in the peer-reviewed scientific literature. From pharmacokinetic to outcome-based weight-loss trials, 7-Keto has been shown to be safe, well tolerated and effective for aiding in weight loss.

For example, 7-Keto, when combined with a sensible diet (in the study, sensible equaled ~1800 calories per day) and 180 minutes of cumulative exercise per week (60 minutes of cross training three times per week), resulted in about two to three times the weight loss of dieting and exercise alone. Subjects taking the 7-Keto also lost a significant amount of body fat as compared to those on placebo.

In a follow-up study by different researchers, the same weight-loss effects were observed – almost three times the amount of weight loss for the group receiving 7-Keto than the placebo group. Thus, two studies by separate and different researchers found that the ingredient, when dosed at 200mg/day and combined with a realistic diet (1,800 calories is far from starving), significantly aided in weight loss.

It is believed that 7-Keto does this by enhancing futile metabolic cycling (calories are expended, but are not used for energy; also known as proton slipping).

A third study aimed to determine if 7-Keto could decrease the known metabolic fall (slowing of metabolic rate when an overweight or obese person loses weight) associated with weight loss. It has been demonstrated that when people go on extremely low-calorie diets, the body fights back (part of the set-point theory) by slowing metabolism. One way to offset this is to stimulate metabolic rate during caloric restriction. A recent study found that dieting plus placebo resulted in a decreased metabolic rate of ~3.9 percent, whereas dieting plus 7-Keto significantly increased the metabolic rateby 1.4 percent. This difference alone was about 100 calories per day, which over a year’s time, if all else remains the same, would equate to a 10-pound weight loss difference.

Polyphenol-rich seaweed extracts (Ascophyllum nodosum and Fucus vesiculosus) are used as a source of naturally occurring starch and sugar blockers. These are extracts from brown seaweed and work by affecting alpha-amylase (an enzyme used to degrade starches) as well as alpha-glucosidase (an enzyme used for sugar metabolism).

Prescription alpha-glucosidase inhibitors exist (Precose, made from fermented Actinoplanes utahensis), but they are not popular in the United States.

Preliminary research conducted by the Scottish Crop Research Institute has shown that these polyphenols have a real effect. The product InSea2, made by innoVactiv, also has human data demonstrating that the laboratory-observed effect occurs in humans, approximating a 48 percent lower post-meal blood sugar, a 12 percent reduction in insulin and an approximate 8 percent improvement in insulin sensitivity.

Controlling blood sugar by modulating how the body metabolizes sugars and starches from foods can also be used to deal with type 2 diabetes. Therefore, a natural cost-saving approach will likely have a carry-over effect for other healthy habits and results.

Advantra Z is comprised of para-synephrine along with N-methyltyramine, hordenine, octopamine and tyramine. The para-synephrine is the predominant biogenic amine. These “amines” bind to beta-3-adrenergic receptors in the body aiding in a process known as lipolysis (breakdown of fat), while also having a metabolic rate burning effect.

The studies that have been done for the most part have used this Citrus aurantium as part of a multi-ingredient formula. However, one study added the ingredient to a meal and compared the effect on metabolism in men and women. Interestingly enough, Citrus aurantium when added to a meal significantly enhanced the amount of calories burned from that meal (thermic effect of feeding) in women. This, when coupled with the previous research, provides a glimpse into potential use of this ingredient along with any of the aforementioned ingredients, or as a stand alone method in females to aid in enhancing caloric expenditure and ultimately, weight loss.

The purpose of this article is to share published science that could be considered defendable, reproducible or of interest for those who are interested in the science of ingredient selection. It very well may be that these and other ingredients when used in combination have synergy to help the end user obtain his or her goal. We know that caffeine alone often has synergy with other metabolic regulating ingredients. We also know that there is growing research on other starch blockers for blood sugar control and potential for weight loss. Ultimately, weight, waist and blood sugar control are often best approached by lifestyle choices within which these types of products may fit in best while having the most chance at consumer success. 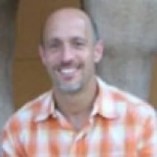