Why Some Women Get *in the Mood* Right Before Their Period 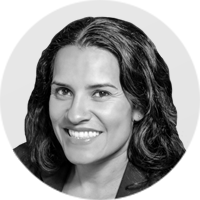 OK, we’ll stop. The point is, that magical mojo feeling can strike when you least expect it (or want it), like when you’re at the gym. Or the grocery store. Or when you’re about to start your period.

Because hormones seem to enjoy confusing us, some people experience heightened sexual arousal in the days before their period starts. While sex is a great way to distract yourself from PMS symptoms, you might be surprised to feel that urge when you’re bloated and preparing for your monthly flow.

So, what’s the deal?

First of all, rest assured that horniness before your period is totally normal. Hormones fluctuate during your menstrual cycle, meaning your sex drive often ebbs and flows throughout the month.

When you ovulate (which happens around day 14), you experience an uptick in luteinizing hormone and progesterone as your body releases an egg for implantation. This is the point in your cycle when you’re the most fertile, so it makes sense that you may crave sex more than usual for a few days.

Dr. Lauren Streicher, OB/GYN, explains that ovulation is the time when most people experience an uptick in sex drive: “Biologically, the purpose of having sex, of course, is to reproduce. So, you want people to be incentivized to have sex at their most fertile time, and for most people that’s 14 days before their period.”

Surprisingly, not much is known about the reason for pre-period sexual arousal. Everyone’s body is different, and it really comes down to your particular cycle and how it affects your mood.

One theory about pre-period horniness has to do with the vaginal discharge your body releases during the luteal phase (as it sheds the uterine lining before your period begins). You’ll typically experience more discharge than usual during this time, so you may feel wetter more quickly when aroused.

Some women say PMS bloating actually puts pressure on the G-spot area, making it easier for them to orgasm. There’s no conclusive scientific evidence to support this idea — but if it feels good to you, then by all means, go ahead and get it on.

Streicher explains that for many people, the days before their period feel anything but sexy.

“If they have PMS symptoms, and they’re feeling bloated and have tender breasts and are on the moody side,” she notes that they probably won’t feel like having sex. And that’s OK too. There’s no right or wrong time to have sex for pleasure’s sake.

Will acting on these feelings impact my period?

There’s a chance that having sex before your period may bring on the bleeding faster and make your period easier to manage, but otherwise you won’t notice any significant changes.

When you have an orgasm, blood rushes to your genital area, and this can stimulate the onset of your period (but usually only if it’s late).

It can also help push the blood out of your system faster. Streicher explains that period cramps are caused by an increase in prostaglandin production, which constricts blood vessels in the uterus and causes muscle contractions.

Vaginal penetration could potentially increase your cramps if your partner’s penis or a toy is hitting your cervix, but Streicher says that could also push the blood out of your body faster.

“But there’s really no science behind that,” she says, “other than that we know the prostaglandins are going to impact the amount of cramps.”

Many people find that having sex during their period actually distracts them from cramps. Who doesn’t love natural moisture and a shorter period? It’s a win-win.

Is it possible to get pregnant right before your period?

Pre-period sex may feel amazing, but it’s not totally free from risk. “That’s not the most likely time for someone to conceive, but in terms of avoiding using contraception, there is no ‘safe’ time,” Streicher says.

Here’s how the menstrual cycle affects your chances of getting pregnant: As the cycle begins, your body enters the follicular phase, when it’s preparing to release an egg for fertilization.

But here’s the rub: Everyone’s cycle is a little different. If you typically bleed every 21 days, you have a shorter window of time between ovulation and your period, meaning you’re more likely to get pregnant in the week leading up to when your period starts.

And bleeding doesn’t always indicate a period. Streicher says midcycle bleeding can sometimes be mistaken for period blood (and you’re most likely to get pregnant if you have sex midcycle). Your best bet is to always use your regular contraception.

How to have awesome pre-period sex

Depending on whether you’re dealing with cramps or other PMS symptoms, you might want to change up your sex routine to make it more comfortable. Ultimately it comes down to whatever feels best for you, but here are some ideas: