Can’t Touch This! Foods to Avoid When You’re Expecting

You’ve got a bun in the oven. Your eggo is preggo. And as the old timers would say, you’re with child. Congrats! Now that you’re eating for two, it’s time to talk about what not to eat when you’re expecting.

Certain foods can be dangerous for both you and your unborn baby. Here’s what you need to know.

It’s OK to eat some smoked seafood during pregnancy if it’s shelf stable, canned, or an ingredient in a casserole or other cooked dishes. But, refrigerated smoked seafood should be avoided.

Smoked seafood is a known carrier of listeria, which causes a bacterial infection called listeriosis. Symptoms generally include achy muscles, headaches, loss of balance, and a flu-like feeling.

Listeriosis can be super dangerous if you’re pregnant. In rare cases, it can lead to stillbirth, premature delivery, and miscarriage. So skip the lox on your morning bagel.

Salami, and turkey, and ham, oh my!

Who doesn’t love a sexy sandwich? The problem is, your deli meat may be infected with various types of nasty germs, including Toxoplasma gondii.

This parasite can cause toxoplasmosis, a nasty infection that can lead to major health concerns for your baby. These include neurological illnesses, intellectual disabilities, blindness, epilepsy, and stillbirth.

Like with smoked seafood, listeria is also a food borne pathogen of concern when consuming deli meats during pregnancy.

If you absolutely need a hoagie in your life (fair enough), it’s recommended that you steam or cook all deli meats first to a temperature of 165°F (74°C) before eating. The heating process can zap the life out of the harmful bacteria.

Pâté sounds way fancier than “meat paste,” but that’s really what it is. Pâté is made with a mixture of meat (usually organ meat) and veggies.

There are varieties of vegetarian pâté, that may be a safer option for pregnant women. Opt for versions that don’t need refrigeration before opening, such as those that are canned, jarred, or sealed in pouches.

Pâtés contain higher levels of listeria and other microorganisms than other foods. So pass on the pâté until baby is off board.

As tempting as it may be, it’s best to avoid raw cookie dough if you’re pregnant. Raw eggs are notorious for their connection to salmonella.

Generally, symptoms only affect mom. Symptoms can include fever, vomiting, stomach cramps, nausea, and diarrhea. However, in rare cases, the infection can cross the placenta, leading to miscarriage or stillbirth.

Some common foods that contain raw or undercooked eggs include:

Thankfully, you’re far less likely to get salmonella if you use pasteurized eggs. So always check your food labels!

You’re creating life. That means you need extra nutrients to sustain you and your little one. That means more protein, folate, iron, and slaying those prenatal vitamins. You won’t find any of this in most processed foods.

Processed food tends to be super low in nutrients but high in calories, saturated fats, and sugars. Overindulging can cause excessive weight gain during pregnancy, which can cause complications like gestational diabetes.

What’s more, studies have shown that rapid weight gain during pregnancy can lead to a child with a higher body weight, which isn’t good for overall health.

So, while the occasional treat is totally normal, stick to unprocessed whole foods as often as possible.

You’ve seen the warning notices in bar bathrooms across the country. Drinking alcohol can have major consequences for your baby. Despite this, fetal alcohol exposure is the leading cause of preventable birth complications in the U.S.

While some say drinking the occasional glass of red wine isn’t threatening, studies show even drinking small amounts of alcohol regularly can cause your baby harm. It’s especially dangerous to drink in the early stages of pregnancy as your fetus develops into a tiny human.

One of the major ramifications of drinking while pregnant is fetal alcohol spectrum disorders (FASDs). FASDs can cause behavioral disorders, intellectual disabilities, congenital abnormalities, and specific facial characteristics.

Drinking while pregnant can also lead to various birth issues such as miscarriage, sudden infant death syndrome, and premature birth. The wine definitely isn’t worth it, fam.

You can barbecue it, boil it, broil it, bake it, and sauté it. But can you eat shrimp while pregnant? The answer is yes and no.

Raw shellfish, and fish in general, can contain a litany of infections (parasitic, viral, or bacterial). Sometimes, these infections only impact mom. But certain intense infections — like salmonella, vibrio, and listeria — can be passed directly to your baby.

In fact, you may not even show symptoms while your baby is infected. So if you’re going to eat fish, especially shellfish, make sure it’s totally and completely cooked to an internal temperature of 145°F (63°C).

This will likely kill unwelcome bacteria before you take a bite. It’s also good to do your own quality control. If you’re eating out, ask how seafood and shellfish are stored, handled, and cooked before chowing down.

No mercury for Mom

Over time, the unfortunate fish swimming in that polluted water become contaminated. That means certain fish can be toxic to you and your baby. Risky fish include:

It can also cause severe developmental and health issues later on in life. That’s why the U.S. Food and Drug Administration (FDA) recommends that mommies-to-be limit their consumption of seafood to 8–12 ounces per week of low-mercury fish like herring, trout, salmon, or sardines.

Definitely ditch the tuna and if you’re going to eat fish, switch over to options high in omega-3 fatty acids.

Ah, organ meat. You either love it or you don’t. If it happens to be your thing, go easy on the liver and onions while expecting.

Organ meats are a concentrated source of many nutrients, some of which can accumulate in the body and cause harm when consumed in excessive amounts.

A surplus of vitamin A, for instance, can lead to Hypervitaminosis a. This condition can cause issues to your baby’s development, including their nervous system, eyes, face, kidneys, heart, thyroid, and skeletal development.

Although organ meats can be enjoyed during pregnancy, be sure to practice moderation, especially with liver, which is a very concentrated source of vitamin A. Pregnant women should limit liver consumption to under 2.5 ounces per week.

If cheese is something you can’t live without, this is a good news/bad news situation. First, the bad news. Raw milk and unpasteurized cheese can contain nasty bacteria like E. coli, salmonella, campylobacter, and listeria. Gross.

All of these infections are extremely dangerous. Steer clear of most soft cheeses, which are typically made with unpasteurized milk. Some common examples include:

According to the Center for Disease Control (CDC), Hispanic women are around 24 times more likely to contract listeriosis. As queso fresco is a staple in many incredibly delicious Hispanic dishes, it’s best to swap it out for an alternative.

And now that the bad news is over, on to the good news! If you avoid creamy, unpasteurized cheeses, you’re in the clear.

Pasteurized hard cheeses are typically perfectly safe to eat when you’re pregnant. The bacteria is wiped out during the pasteurization process.

Juice needs to be pasteurized?

Juicing has become super trendy in recent years, and with good reason. Your body needs all of those magnificent nutrients, especially in your role as the mothership. But keep in mind, not all juices are safe.

Your average store-bought juice is safe because it goes through thermal pasteurization. The juice is heated enough to destroy any microorganisms that may have popped up in the production process.

So, before you juice up, double-check that it’s been properly pasteurized. If you’re juicing at home, make sure your fruits and veggies are squeaky clean before liquified.

Seeds need moisture to sprout. This humid environment is the perfect breeding ground for various types of bacteria, including salmonella. Some popular sprouts include:

It’s almost impossible to totally annihilate this type of bacteria from sprouts through normal washing. The only safe option is to boil before eating.

Give your fruit a bath

An apple a day is supposed to keep the doctor away. But by the time you take a bite, that apple has been fertilized, plucked, packaged, shelved, and purchased.

This process gives bacteria plenty of time to infect your produce. One result can be toxoplasmosis, which comes from the bacteria Toxoplasma.

Newborns may not present any onset symptoms, but intellectual disabilities and blindness can set in later on. That’s why it’s mandatory to thoroughly wash your fruits and veggies before noshing.

Caffeine’s effect on unborn babies has been hotly debated over the years. Caffeine is a psychoactive substance and is easily absorbed through the placenta.

Because unborn babies don’t have the enzymes needed to process your cup of joe, high levels of caffeine can easily build up in their system.

A common side effect of excessive caffeine consumption during pregnancy is low birthweight, which can increase your kid’s risk of developing chronic diseases as they grow.

According to the American College of Obstetricians and Gynecologists, a daily dose of 200 milligrams or less is usually not dangerous. That’s about 2 to 3 cups of coffee per day.

While you don’t have to go cold turkey, take it easy on the java.

There’s no shame in feeling like you’re missing out on foods you love. But, you’re growing an entire human inside of you! And that’s a pretty important science experiment.

It’s worth following a few rules for a safer pregnancy and a healthier baby. And remember: when in doubt, always ask your doctor. 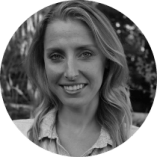