How to Get Rid of That Pesky Caffeine Headache

Meet the caffeine headache. There are few coffee or Diet Coke lovers out there who haven’t experienced this joyous side effect of a regular caffeine habit. It’s typically triggered by skipping a regular dose of caffeine (e.g., your morning tea or lunchtime soda).

On occasion, it can be caused by consuming too much caffeine. (On your sixth cup of coffee? Yeah, not a great move).

Caffeine headaches are distracting and painful. They also come with other fun side effects, like brain fog or feeling fatigued. On the bright side, they’re usually easy to diagnose and treat. Read on for everything you need to know about caffeine headaches, and how to make them go away ASAP.

What is a caffeine headache?

FYI, the FDA says about four 8-ounce cups of coffee — or 400 milligrams a day — is a safe amount to consume.

How does a lack of caffeine make your head hurt, though?

Caffeine affects us in a handful of ways, particularly by narrowing the blood vessels in our brains. When you don’t have caffeine, those blood vessels widen, and your brain experiences a boost in blood flow. This can cause a headache.

As your brain gets used to the effects of caffeine, cutting it off even just for a day can result in withdrawal symptoms like headaches.

So what are you supposed to do if you want to cut your caffeine consumption? Taper off slowly instead of going cold turkey (and becoming miserable).

Too much vs. too little caffeine: How to tell the difference

Most caffeine headaches are attributed to withdrawal because headaches are one of the most common withdrawal symptoms. Again, caffeine constricts blood vessels, and when you reduce or remove that intake, the sudden change can cause a headache.

Can caffeine itself be the culprit?

There’s another possible reason your head is pounding: the caffeine itself. While it’s true that caffeine is often used to relieve headaches (even ones not caused by withdrawal), it’s also true that it can sometimes cause headaches.

For one thing, caffeine makes you urinate more often, which could lead to dehydration and noggin pain. Caffeine can also potentially cause chronic daily headaches or intensify a primary headache (that is, one not caused by other medical conditions).

Some more bad news if you’ve got migraine but you love your lattes: One small 2016 study found that eliminating caffeine intake helped other headache treatments (which often contain caffeine) work better.

Another 2019 study found a link between caffeine use and migraine. Researchers say that the odds of having a migraine attack increased for people drinking three or more caffeinated beverages a day.

Whether a headache is caused by the caffeine or the withdrawal will vary from person to person. Remember, caffeine is a drug and everyone reacts differently.

Personal experience is a big clue. Say you have caffeine every morning and you get a headache on the one day you skipped it. You also have no other symptoms of a cold and you’re just chillin’. Congrats: There’s a good chance you’ve got a caffeine withdrawal headache.

Your level of pain may be another clue. Caffeine headaches are usually moderately to severely painful, and you’ll feel them on both sides of your head. They typically get worse with physical activity. They can start a few hours after reducing or stopping your caffeine intake.

Caffeine headaches are often accompanied by other withdrawal symptoms, such as:

Sound unpleasant? Hey, we told you caffeine is a drug.

How to treat a withdrawal headache

When a withdrawal headache hits, you’re probably tempted to guzzle a venti Starbucks, stat. We relate, but you can try other things first to get rid of that caffeine headache ASAP.

Respond as you would for any other headache: Take an over-the-counter pain reliever like ibuprofen (Advil), acetaminophen (Tylenol), or aspirin (Bayer).

Pain relievers can generally be taken every few hours as needed. However, speak to a healthcare provider before taking any new medication, especially if you’re on other meds as well.

Remember: Caffeine can leave you dehydrated, which could be the real reason for your headache. Staying hydrated is super important, not just when you have a headache!

For some natural relief, try applying diluted peppermint essential oil to your temples. Some research says that menthol (an active ingredient in peppermint) can reduce inflammation and relax tight muscles, soothing a headache.

One 2016 study even found that peppermint oil can be just as effective as acetaminophen (Tylenol) at relieving tension headaches. Hey, it’s worth trying.

You can dilute about 15 to 20 drops of peppermint essential oil in 2 teaspoons of carrier oil, such as jojoba. Apply to your temples. (Don’t overdo it or it may leave behind a burning sensation.)

Applying an ice pack, or some sort of cold compress, to your head can relieve tension and pain from a headache, as it may help reduce inflammation. One small study also found that placing an ice pack on the back of your neck may reduce pain in your head as well.

Acupressure is a type of traditional Chinese medicine in which you apply pressure to certain points on your body. It’s been found to sometimes relieve headaches and ease muscle tension.

A 2010 study found that one month of acupressure treatment relieved chronic headaches better than muscle relaxants did.

There are several pressure points that you can try stimulating for headache relief. More study is required to determine whether these actually work. It couldn’t hurt to try, right?

Permission to nap is granted! A caffeine headache may be relieved by getting some shut-eye. A small 2009 study found that 81 percent of participants used sleep as their best relief from headaches.

Using caffeine as a treatment

When you’re having a caffeine withdrawal headache, the easiest thing to do might just be to give your body the caffeine that it wants. Here are a few ways you can try it:

Have a cup of coffee or another caffeinated beverage

If you’re positive this is a withdrawal headache, try having a dose of caffeine as soon as you realize what’s going on. Your usual caffeinated beverage is fine to drink. Don’t overdo it to make up for what you missed.

However, if you think your headache is from a caffeine overdose, don’t consume more caffeine — it could lead to serious health problems! Contact your healthcare provider instead.

Some pain relievers are made with caffeine, including Excedrin. Caffeine can help your body absorb the medicine faster and can make them up to 40 percent more effective, which is promising.

Try drinking a caffeinated beverage and taking Advil or Tylenol. A 2017 study found that people with migraine experienced faster relief when they took acetaminophen or ibuprofen with caffeine. 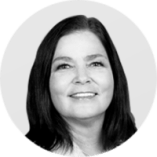