Whether you’re currently taking it or you’re exploring new Rx options to manage your ADHD, you may have heard of Vyvanse, a popular medication known for boosting focus and calming hyperactivity.

It’s an oral medication that works to control ADHD symptoms by stimulating certain chemicals in your brain to help you feel more organized and productive.

Some users have reported experiencing a slump — known as the Vyvanse crash — when the medication leaves their system.

It’s common for a prescription medication to have some less-than-ideal side effects. But if you’re taking Vyvanse or you’re interested in trying it, you don’t have to get bogged down by a daily crash.

Here’s everything you need to know to ditch the afternoon slump.

Vyvanse and ADHD: A history

Lisdexamfetamine dimesylate, known to us normies as Vyvanse, is a medication doctors prescribe to treat ADHD as well as binge eating disorder (BED).

Like its cousin Adderall, Vyvanse is technically an amphetamine (not the clean-your-kitchen-at-3-a.m. kind) that acts as a stimulant to your central nervous system.

To calm hyperactivity and boost focus, Vyvanse increases the levels of norepinephrine (a stimulant) and dopamine (the pleasure and reward chemical) in your brain.

Studies suggest Vyvanse is the longest-lasting stimulant available — the drug’s effects can last 13 hours for children and 14 hours for adults with ADHD.

Compared to other common ADHD medications, Vyvanse is still the new kid on the block. It’s only been FDA-approved since 2007 (compared to ’90s kid Adderall and baby boomer Ritalin).

According to researchers, though, Vyvanse has become one of the most popular treatment options in its brief time on the market. So odds are if you’re living with ADHD, you might have already received a prescription for it.

Which brings us to…

When Vyvanse starts to wear off, you might experience symptoms as the drug leaves your body. These symptoms look similar for men and women and can include:

There are a few things that could mess with the drug’s ability to do its job properly and lead to a crash:

Your doctor will most likely start you with a small dosage to determine what’s right for you. But if you’ve recently upped your dose, that could be the culprit.

Vyvanse is a federally controlled substance and taking an amount that’s different from what your doctor prescribes can lead to dependence. It’s crucial to take the correct dosage.

Forgetting to take your medication

Did you just remember you missed your morning dose… at 3 p.m., while getting an afternoon coffee?

It’s no surprise that forgetting to take Vyvanse can trigger a crash because the medication your body is used to processing is missing. Make your Rx part of a daily routine to avoid missing doses.

Similar to forgetting to take your medication, taking your Vyvanse at a different time every morning can throw off the timing of when the drug enters and leaves your system.

Choose a time to be your daily pill-o’clock, and don’t miss it.

Once you’ve determined what’s causing your crash and chatted with your doctor about a solution, you can avoid a crash entirely.

As a rule of thumb:

Only take the dosage of Vyvanse your doctor has prescribed. If you think you need a higher dose, talk with your doctor to come up with a plan.

You might think there’s no wrong way to take your Rx, but boy, do people love to get creative. Unfortunately, this isn’t art class and your creativity could be super dangerous to your health.

Vyvanse is prescribed as capsules or chewable tablets. If you’re taking capsules, you can swallow them as is or mix the powder into food or a (nonalcoholic) drink. Snorting or injecting Vyvanse is a big no-no. So please, just don’t.

Take Vyvanse at the same time every morning. Be con👏sis👏tent👏. Consistency is key to avoid a crash.

Set an alarm on your phone just for taking your morning Vyvanse. This is also the perfect opportunity to use that little pill emoji 💊.

Unless you’re the star of “Moody’s Point,” you probably don’t want to spend your days cycling through highs and lows.

When taking Vyvanse, it’s also important to monitor how you’re feeling emotionally. Because Vyvanse increases the feel-good chemical dopamine, your mood can take a hit when the medication’s effect starts to fade.

Vyvanse can lead to depression and emotional breakdowns, and studies have shown that it can negatively affect a person’s mood. This is even more likely if you’ve been diagnosed with a mood disorder or have a family history of mental illness.

In a 2019 case study, researchers noted that prolonged use and overuse of Vyvanse can lead to psychosis (loss of reality). If you have a history of mental illness or start experiencing symptoms related to it, talk to you doctor right away.

If you feel like you’re in danger of harming yourself or others, call 911.

How to have The Talk

Talking to a healthcare provider is essential when taking control of your health, but it’s not always easy to navigate those conversations.

If you’re taking Vyvanse and experiencing side effects that are hurting your health or functionality, speak up. Make a list of talking points before your next appointment so you don’t forget any important info.

And don’t be embarrassed — not only is it their job to help, but the more detail you can provide, the better your treatment plan will be.

Additionally, keep your doc informed about any of the following:

Your doctor should check you for heart problems before prescribing Vyvanse, because the drug can increase your blood pressure and heart rate.

Chest pain, shortness of breath, and fainting while taking Vyvanse are signs of a heart condition that needs your doctor’s attention.

Vyvanse doesn’t play well with other stimulants. Mixing certain medications with Vyvanse can make your serotonin levels too high (known as serotonin syndrome), which can be deadly.

Antidepressants like monoamine oxidase inhibitors (MAOIs) are an especially bad idea. Always keep your healthcare provider in the loop about any and all medications you’re taking.

If you have circulation problems, your fingers and toes may feel numb or painful or change color (blue toes are not normal). Wounds on your fingers or toes are also a sign of poor circulation.

If you think you’re pregnant or you’re trying to get pregnant, bring that up with your doctor. It’s not yet known whether Vyvanse could negatively affect a fetus, and doctors advise against breastfeeding while taking the drug. 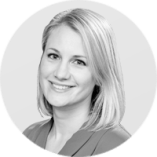