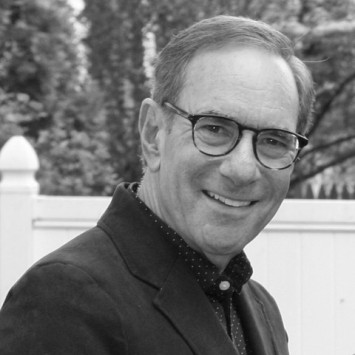 Dr. Michael R. Mantell earned his Ph.D. degree at the University of Pennsylvania after completing his M.S. degree in clinical psychology at the Hahnemann Medical College, where he wrote his thesis on the psychology of obesity. He is currently the Director of Transformational Behavior/Health Coaching for the Premier Fitness Camp at the Omni La Costa Resort and Spa. He has served as Chief Psychologist of Children’s Hospital and Health Center of San Diego, and created and led the nationally recognized Psychological Services and Employee Wellness program for the San Diego Police Department. He has also served as a long time member of the clinical faculty at UCSD’s Department of Psychiatry. He was the Senior Fitness Consultant for Behavioral Sciences for the American Council on Exercise, taught at the Equinox Fitness Training Institute, has written for Les Mills, consults and writes for Total Gym, and has been the Senior Executive Consultant for Dimension One Hot Tubs for aquatic fitness. He is frequently interviewed for fitness and health magazines including Details Magazine, Men's Health & Women’s Health, Weight Watchers, Shape, Natural Health, Women’s World, and a host of others fitness related publications.

Mantell is the author of the 1988, “Don’t Sweat the Small Stuff PS: It’s All Small Stuff” and the 25th Anniversary edition of the same book. The influence of his 1994 book and training video, “Ticking Bombs: Defusing Violence in the Workplace,” has led many companies throughout the country to utilize his organizational and training services. He has been a regular contributor to Good Morning America, ABC-TV, CBS-TV, Fox TV News in San Diego, appeared on Oprah, Nightline, Larry King, and is a long-time member of SAG/AFTRA. He speaks for ICAA, MFA, IHRSA, IDEA and other fitness/health organizations. His fourth and latest book is, “The Link is What You Think - Live Better With a Dose of My Daily 5.”

Why and How to Trust Your Personal Trainer

Everything We Thought We Knew About Motivation Is Wrong

Michael Mantell of the American Council On Exercise explains what keeps us from sticking to a...

How to Stop Any Craving Right When It Hits

Use these expert tips to silence your inner cookie monster.

Why You Need to Stop Saying You're "So OCD"

It's not about being super clean or having a color-coordinated closet.

The Best Way to Keep Little Noises From Driving You Crazy

Easily annoyed by pen tappers and loud talkers? Here's what you can do.

Do "cheat days" help you reach your health goals? Or set you up on a seesaw of destructive eating...
183K

It’s often the little things that cause the most anxiety (over-loaded email inbox, anyone?)....

Ever found yourself unable to stop eating, drinking, or shopping? Losing control can be...
32K

A constant influx of information and 24/7 accessibility can be beyond overwhelming. That’s why...

#SorryNotSorry: Why Apologies Are All the Rage, and How to Deliver ‘em Right