How Going to Fancy Fitness Classes Actually Made Me Lazier 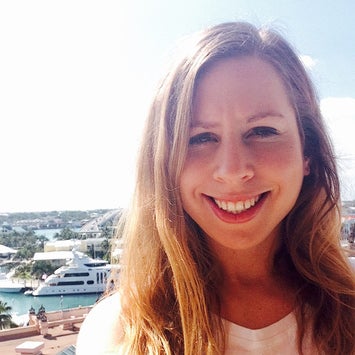 I’ve come to love working out in the morning.

Even though I have to physically drag myself out of bed and set three alarms so I don’t snooze through my wake-up call, exercising first thing in the morning sets me up for a better, more productive day.

My workout always varies: Sometimes I run solo outside; other days, I meet my workout group for a free boot camp in the park. In the summer, I regularly swim laps at a recreational outdoor pool. And less frequently, I’ll take a drop-in fancy fitness class at a local studio, reluctantly paying the (outrageous) price and packing a bag the night before, so I can shower and head straight to work afterward.

I follow this exercise “plan” four seasons a year, and except for torrential downpours and blizzard-level snowfalls, I try not to let the elements outside dictate my schedule. After all, an 8-mile run is just as far in crappy weather as it is on a sunny day. And as a person who is constantly training for the next marathon or triathlon, I’m all too familiar with the fact that a training plan waits for no one.

This strategy was working out just fine—until I signed up for a two-week introductory period of ClassPass a few months ago.

If you haven’t heard of ClassPass, it’s a popular service that allows subscribers in various cities to attend a variety of fitness classes at boutique studios and mega-chain gyms for a fixed fee per month. This all-inclusive service is a dream come true for fitness fanatics like myself—that is, of course, if you can afford it.

Costs vary per city, but in New York, where boutique fitness studios typically charge around $30 per class, the $125 monthly subscription fee scores you a major deal, as long as you drop into enough gyms each month. Unfortunately, the price is still steep. So you can probably imagine my excitement when I found a deal for two weeks of the subscription service for just $20. I jumped at the chance to join and began signing up for classes immediately.

The first class I took was The Ride, a Spinning class at Crunch gym. After that, I sprinted my way through speed work intervals in the front row of the treadmill studio Mile High Run Club. I hustled hard on a row machine in Brick’s B|X workout and climbed mountains on a stationary bike (well, at least they felt like mountains) at Revolve indoor cycling studio.

The options were endless; I was in cardio heaven. A friend had also signed up for the deal, so we would excitedly debate over which studio to try next. Maybe a HIIT workout at The Fhitting Room? A competitive ride at SWERVE? Or perhaps we should check out Mile High Run Club’s endurance running class, ‘The Distance?’

As amazing as this newfound fitness glory was, I have to admit: I was getting seriously spoiled. Towels, water, and shiny new workout equipment was available to me at an unprecedented rate. Flywheel studios even provide free apples and bananas. (Yes, really. Free healthy snacks!). Running home to shower between my workout and my workday was no longer an issue, as all the studios I picked had showers complete with fancy shampoos and rich body lotions I wouldn’t normally treat myself to. Suddenly, I scoffed at working out in the rain, sleet, and snow. I had the safe haven of a dry, warm studio available with just a few taps in the app on my phone. Forgot a hair tie? Psh. Of course the studio had a surplus for me to choose from, not to mention deodorant, bobby pins, and breath mints!

I Tried to Be a Morning Person for 30 Days. Here's What Worked (and What Didn't)

Before I knew it, the second week of my trial began, and it became increasingly difficult to book classes. I found myself staying late at work, scrolling through the website to see if any open classes caught my eye. When nothing did—or everything I was interested in was booked—I was reluctant to return to my normal routine of running outside or heading to the park for a quick workout using a DIY routine for inspiration.

To be clear, by reluctant, I mean I was unwilling and unmotivated. Plus I had banked on working out inside, so I didn’t bring the extra layers necessary to tough it out in the cold.

In a word, I became soft—at least, when it came to my fitness routine. My original mind-over-matter, no-excuses attitude had been crushed by the promise of expensive equipment, trainers that held me accountable, and, pathetic as it sounds, luxurious shampoos. The idea of going for an impromptu run before work or heading outside when the weather forecast showed a chance of rain became less and less attractive to me in a devastatingly short period of time.

My motivation went from 100 percent personal willpower to being reduced to the fear of paying a fee if I didn’t show up to class.

That’s right—the $20 offer wasn’t a final-price type of deal. There’s a cancellation fee if you cancel a class within 12 hours (common with most studios). One morning, I was so exhausted from my speed dating experience with fitness studios that I slept through an hour of gym time I’d signed up for, and $15 was taken straight out of my account for being a no-show. Ouch.

How I Got Over It

Now, let’s be clear: ClassPass, or any membership-based fitness service, like FitReserve, is still a great idea for individuals who like trying out new workouts and have the time to book their favorites the moment new classes open up. But in my experience, the membership—even one as short as two weeks—caused my motivation to dwindle and my commitment to waver.

Signing up for a class and showing up is easy, but making your own workout (whether it’s a running route or bootcamp-style circuit), dressing appropriately, and getting it done without an instructor barking orders at you is hard—and 100 percent up to you.

Waiting on a class that I wanted to try to open made me forget that working out anywhere, even if it was for just 15 minutes on my living room floor, was way better than skipping a sweat session all together because the time, weather, or shower situation was inconvenient.

That’s not to say I’d never go back. In fact, instead of quitting my ClassPass membership cold turkey, I opted to downgrade to just five classes a month for a fraction of the price. That way, I can still treat myself to a fancy workout (and indulge in some of the luxe extras) once a week without the option to wuss out on my other workouts.

While going back to outdoor and on-my-own workouts in the weeks that followed was slightly difficult (there were many snooze button hits, cranky groans, and requests for accountability texts from my workout buddies), I was eventually able to get back to my original routine.

If anything, my brief fling with fancy fitness classes taught me that motivation shouldn’t come from having to pay annoying fees or getting to exercise using state-of-the-art equipment. It should come from within me, for me—to accomplish my goals, to run a faster race time, to get stronger, to feel more confident—and most importantly, to do something that I love, for no one else but myself.