I Chose Not to Have Kids. Here's How I Made My Decision

Written by Jennifer Chesak on September 14, 2017

Two years ago I was lounging on a raft on a lake with one of my best friends, Sara. She handed me a fresh beer and asked if I wanted to have kids. I took a swig and said, “Only if we plan to get pregnant at the exact same time.” We giggled at the absurd idea. Within a year, she popped out twins, and I made the decision not to have any babies. Yes, ever.

10 Science-Backed Reasons Being Single Is Good for Your Health

When we’re kids, we’re typically taught that eventually, we’ll be moms or dads. “Someday, when you have kids, you’ll understand,” our parents tell us. Girls, especially, grow up assuming parenthood is part of the program.

That turns out to be the case for some, but others question whether raising babies is really something they want to do.

When we acknowledge we’re unsure about the prospect of having children, we’re often accused of being selfish. For that reason, I’ve often shied away from talking about this choice, but that’s a problem. Having kids is a choice, after all—one that’s OK to wrestle with or be definitive about. I can’t offer a perfect formula for making the kid decision, but I found my answer by examining my life and doing some careful research.

When Sara and I were talking, our conversation had a little murk to it, like the lake water we were bobbing up and down on. She didn’t tell me, for example, that she and her husband were already trying to conceive, and I didn’t tell her that I, newly married, was 95 percent sure I didn’t want children. We weren’t being dishonest. We were both just careful not to push our own opinions. Instead, we had a serious (albeit buzzed) conversation about how motherhood, or abstaining from it, would affect our lives.

Our talk sparked something in me: a need to make a final decision. I was getting older (both Sara and I were in our mid-30s), which could make getting pregnant more difficult. I also have endometriosis, and I was sick of my uterus causing me so much discomfort. If I wasn’t going to have children, maybe it was time for a hysterectomy so I could have a better quality of life. How could I be sure?

As a kid, I never really liked playing with dolls. Diapers and bottles seemed tedious and soul-draining, even back then. I preferred making up wild adventures for my stuffed animals.

Babies aren’t as blissful or glamorous as our Instagram feeds would have us believe.

Babies aren’t as blissful or glamorous as our Instagram feeds would have us believe. My older sister had her first child just after turning 20. My sprite of a niece, who is now 20 herself, filled the last month of my senior year of high school with middle-of-the-night wailing. Eventually, my sister and her husband moved into their own place, and they had three more kiddos in close succession. My nieces and nephew were (and still are) adorable—and so loved—but they were also loud, messy creatures who got into everything. That chaos made me certain I didn’t want to have kids in my 20s. Maybe I’d become baby-crazy in my 30s.

I understood the right partner might make someone want to procreate. I waited seven years before marrying my husband, Jereme. But I began dating him when I was 27, and we were living together by the time I turned 30. If there were ever a man for the job, it would be him, but still, I never felt the urge other women describe.

My womb was screaming at me, though. Endometriosis is a painful condition, and it often affects fertility. That, coupled with some uterine abnormalities, could make getting pregnant complicated or impossible. My doctors told me I wouldn’t know until I tried, but I never wanted to. I’ve undergone five surgeries to remove endometrial growths, been hospitalized several times, and have had to manage chronic pain. I’ve thought about what it would be like to have a toddler around on days when I’m in misery, and I don’t think that scenario is fair to anyone.

There's No Such Thing as One True Love. And Here's Why That's Awesome

I’m also intensely career driven. I sometimes work wonky hours and long days, and I do Olympic dives into side projects. I get frustrated when distractions interrupt my workflow or concentration. The thought of a baby screaming when I’m on deadline makes me want to scream back. Women who crave a career and a family shouldn’t have to choose, but I’ve never wanted both. My career will always be the heavier side of the seesaw for me.

The work makes me value my free time. I like going for a long run, futzing in my garden, heading to the brewery, or working on my novel. My weekends and evenings aren’t filled with kid birthday parties or soccer games. My weekends are mine.

Sometimes I just want to stare off into space. I’ve always been one of those people who gets lost in her thoughts. My mom has given me the same birthday card numerous times: an illustration of a girl sitting on a fence gazing out into a field. It’s so me! A friend in high school once poked fun at my spacey ways. He said, “You’re going to be the kind of mom who sets the car seat on top the car, puts the groceries in, and then drives off!” I wasn’t offended. I am a daydreamer, and if I don’t have time for my internal world, I get moody, irritated, and resentful.

Kids can be an energy drain, especially in those early years, but they’re a financial suck for much longer. These two factors can put a strain on a relationship. I’ve seen couples work through them, but I’ve also seen marriages and partnerships degrade or derail after kids. I don’t want my marriage to become a constant act of juggling or negotiations.

Women who crave a career and a family shouldn’t have to choose, but I’ve never wanted both.

I’ve been using the word I in regards to this decision a lot. That’s because I believe the decision to have kids is a personal one that should be made on one’s own before it’s made inside a relationship. Jereme and I had kid convos early on because I wanted to make it clear I had a condition that could affect my fertility and wasn’t keen on the idea of motherhood in the first place. From those conversations, I knew we were on the same page. Having kids wasn’t a priority, and if it became one down the road, we had alternatives.

After examining my history and lifestyle, I turned to others for their thoughts. Around that time, a book came out called Selfish, Shallow, and Self-Absorbed: Sixteen Writers on the Decision Not to Have Kids, edited by Meghan Daum. I’ve been called these adjectives my whole life regarding my decision. I’m unapologetic about my stance, but that doesn’t mean the words don’t hurt. Deciding not to become a parent when you have no desire to be one is smart, not selfish. This book also reiterated what I’ve always known: I can and do have a fulfilling life without children. I wanted to hear both sides, though. How do people with kids feel about their decision?

I scoured Quora and Reddit and read as many threads as I could about whether to have kids. I read posts from people who were grateful they’d never had them because it allowed them to travel or pursue a career or talent. Others adored their kids and said raising them was the most fulfilling thing they’d ever experienced. Some wished they’d waited until they were older to have a baby. Others were brutally honest and said they regretted the toll it took on their lives or relationships. Many posted about the specific merits and rewards of raising babies, and some wrote about regretting not having them or being unable to.

7 Ways to Be Calmer, More Mature… and More Productive

As expected, opinions about having kids ran the gamut, but I found a consensus regarding the decision-making process. I learned if you’re in serious doubt about having kids, you probably shouldn’t have them. If you’re seriously leaning toward having a child, then go for it (whether you conceive, adopt, etc.). Your instincts about yourself are probably right. What if you’re a bit more on the fence? Chances are you’re not exactly fifty-fifty on the topic. Decide where you lean, and if you’re still not sure about the decision, allow yourself more time.

I knew where I stood on the kid issue, yet I wanted to be honest with myself about what I would be missing. People often point out my husband and I won’t have someone to take care of us when we’re older. But I wouldn’t want our child to spend his or her prime years saddled with that responsibility anyway. Jereme and I will have to redefine family after our parents pass away. We’ll have each other, our siblings, and their kids, of course, but we also think of our close friends as family—we’re making new traditions on holidays and throughout the year with them.

While I’m sad I won’t get to relive the nostalgia of childhood through my own kids or watch my parents be grandparents to them, I’ve had a similar experience watching my sister’s kids grow up. I do have nurturing and maternal instincts, and thankfully, I have an outlet for that: my pets.

Seven months ago, after exhausting all other potential treatments, I had a hysterectomy. I’ve had so much relief—my only regret is not chucking my uterus sooner.

After her twins reached the 16-month mark, Sara and I went on a girls’ weekend. We were heading down a river on inflatable tubes when I looked at her and said, “I just want to remind you what happened the last time we were floating together!” We laughed. Even though she plunged into motherhood and I swam for the shore, we respect and support each other’s life choices. And I hope she knows that if she ever needs a life preserver in the form of a cool aunt or a cheap date, I’m here.

Jennifer Chesak is a Nashville-based freelance book editor and writing instructor. She’s also an adventure, fitness, and health writer. She earned her Master of Science in journalism from Northwestern’s Medill and is working on her first novel, set in her native state of North Dakota. Find her work at jenniferchesak.com, or follow her on Twitter @jenchesak. 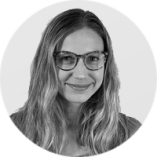 Written by Jennifer Chesak on September 14, 2017