What's Actually in Your Tap Water?

We drink, bathe, cook, and clean with it. But how much do we really know about the water that flows out of our faucets? Some regions fare better than others when it comes to contaminants, but lead, bacteria, and nitrates can still make their way into water supplies. And recent debates on the potential negative impact of hydraulic fracturing (one way of mining oil and gas trapped deep underground) have brought even more attention to what’s reaching our water supply. So before drinking up, let’s take a closer look at what’s on tap.

Tap water comes from one of two sources: surface water (including reservoirs, rivers, and lakes) or groundwater (from artesian and deep wells). But before it hits our thirsty lips, mostH2O undergoes an important disinfection process, destroying most harmful organisms like bacteria and parasites.

But chlorination won’t kill off every bad guy, and some disease-carrying germs can still pollute surface water — and ultimately tap water — through the stool of infected animals or people (ick, we know). Lead and copper can also crash the party via corroded pipes, mostly in homes built before 1970, when copper pipes and lead joints were deemed acceptable. Other less-than-ideal findings: nitrates and other chemicals from fertilizer and pesticide runoff,arsenic (via erosion, orchard runoff, and industrial waste) and even rocket fuel. And then there’s the alphabet soup of chlorination byproducts — some of the most controversial and potentially harmful contaminants of them all. And while the possible effects of hydraulic fracturing (aka fracking) on drinking water has certainly stirred up debate, official reports won’t be released until 2014, so it’s too early to label this a bad guy for sure.

Tips for Tap — Your Action Plan

While the quality of H2O will vary between homes, there are a few ways to start sipping more soundly. First, contact the local Public Water Supply for a Consumer Confidence Report, and ask about further testing options if data is limited. And in the meantime, consider trying these simple tips to reduce lead (one of the most dangerous but preventable toxins) in drinking water:

Of course, bottled water is always an alternative to tap (albeit a pricier one), just remember that not every bottle comes “straight from the source.” Some bottled brands are simply purified tap water — or not even purified at all.

But in areas with good quality drinking water, and after taking all the recommended precautions, there should be little to worry about when it comes to tap. Studies show there might even be some pluses, including fluoride to promote strong teeth, as well natural mineral content like calcium, magnesium, and sodium, which could be beneficial to some individuals. So if the tap at home makes the grade, drink up!

What’s your go-to source for hydration? Bottled? Tap? Or Brita? Tell us in the comments below, or tweet the author directly at @jshakeshaft. 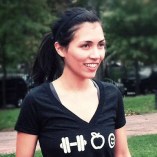