Is It a Girl? We Debunked Every Myth About Predicting the Sex of Your Baby 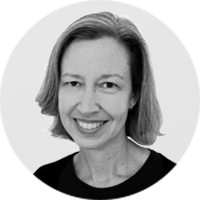 You’re pregnant and you legit have this feeling that you’ve got a girl in there. Short of waiting for your scheduled test (or until you actually give birth), is there any way to know for sure?

Google “signs you’re having a girl” and all kinds of stuff start to come up. Most of them probably sound like folklore, but still, it’s normal to wonder if maybe — just maybe — there’s something to them.

So let’s see what science has to say, shall we? Here’s how to know if you’re having a girl for real, along with the signs that’re totally meaningless.

When is sex determined?

Even though you’ll have to wait to find out what you’re having, according to science, a baby’s sex is determined at conception. (Keep in mind, this is different from gender.)

If all that happens as soon as a baby is conceived, why do you have to wait so long to find out the sex? Simply put, genes on the Y chromosome don’t start to be expressed until around 6 or 7 weeks.

That signals the production of the hormone testosterone, which spurs the development of the baby’s genitals and reproductive tract.

Additionally, a baby’s sex organs don’t begin to take shape until week 11. After that, an ultrasound or DNA test is the only way to get a peep at the sex before the big show (aka, birth).

Fact vs. fiction: The most common myths you’re having a girl

It might seem like everyone you talk to knows about some secret signs that for sure mean you’re having a girl. But how legit are they, really? Here’s a look at some of the most common signs and whether there’s any actual science behind them.

The myth: Your mood swings are worse with a girl

The truth: Because hormones can make ladies so much moodier than guys, being on an emotional roller coaster when you’re pregnant means you’ve definitely got a girl in there, right? Sorry, but no. Every pregnant woman’s hormones are all over the place, and at some point, you’ll probably feel crazy whether you’ve got a girl or a boy in there.

The myth: Your morning sickness is worse with a girl

The truth: There might actually be something to this. It’s possible that those carrying girls might feel crummier early on in their pregnancies. One study found that women carrying girls had higher production of certain immune system markers compared to those carrying boys. So, they could potentially feel sicker as a result. Keep in mind, this is just one study that suggested areas for more research.

The myth: You gain more weight around your middle with a girl

The truth: Some people think that those carrying girls are more likely to gain a spare tire all around, while those carrying boys only gain in the front. The truth is we all gain weight differently, and there’s nothing to this.

The myth: You crave sugar like a fiend with a girl

The truth: Cravings are a totally normal part of pregnancy. The specific foods you’re dreaming of won’t tell you anything about the sex of your baby. Sugar cravings hit women carrying girls and boys.

The myth: Your belly sits “higher” with a girl

The truth: A lot of folks seem to think the position of your bump is a giveaway whether you’re having a boy or a girl. There’s no science behind this. The way your bump looks has to do with your body type and weight gain, not your baby’s sex.

The myth: You’re more likely to be massively stressed with a girl

The truth: Carrying a girl doesn’t lead to feeling more stressed during pregnancy. Though, dealing with mega stress at the time of conception could have an impact on a baby’s sex. Women with higher saliva levels of the stress hormone cortisol before getting pregnant were more likely to have girls, one small study found.

The myth: If the baby’s heart rate is faster, it’s a girl

The truth: If you hear a rapid thump-thump-thump at your OB-GYN appointment, are you having a girl? According to science, your chances are 50/50.

The myth: If your skin is super oily, you’re having a girl

The truth: Pregnancy hormones can just plain do weird things to your skin. On top of that oil slick being annoying, it won’t tell you anything about the sex of your baby.

The myth: If your pee is clear, you’re having a girl

The truth: There’s no evidence that your baby’s sex affects the color of your pee. Clear or very light yellow pee is just a sign that you’re adequately hydrated — something worth aiming for whether you’re pregnant or not.

When can you officially know?

Since most of those signs are totally meaningless, when can you actually find out if you’ve got a girl or a boy in there? The big reveal typically happens around 20 weeks, though you may find out sooner if your doctor has recommended certain prenatal tests.

Moms-to-be can generally find out the sex of their baby during their 20-week ultrasound. The real reason you undergo this scan is to see how your baby is developing and check for any physical abnormalities.

While the ultrasound tech is checking your little one’s parts, they can peak at the genitals to see if you’ve got a girl or a boy. It’s accurate but not foolproof, and sometimes if the baby is in a wonky position, the tech might not be able to get a good look.

Your OB-GYN might recommend other tests earlier in your pregnancy, like a non-invasive prenatal test (NIPT)or chronic villus sampling (CVS).

NIPT screens for the possibility of chromosomal problems like Down syndrome, while CVS can confirm the diagnosis. Since they look at a baby’s DNA, they can reveal whether the baby’s sex. Both tests can be performed as early as 10 weeks.

Amniocentesis is a test that collects amniotic fluid to test fetal cells for abnormalities. It can also tell whether a baby is a girl or a boy.

They’re only typically conducted if an earlier test reveals a possible abnormality. So if you were to undergo the procedure (around 15 to 18 weeks), a prior procedure may have already let you know about your baby’s sex.

People love spouting out weird signs that mean you must be having a girl. (Behold, the portents foretell the babe shall be born a girl!) But, anything that relies on the way you look or how you might be feeling in order to tell your baby’s sex is nothing more than a guess, at best.

The only way to know your baby’s sex for certain before giving birth is by having an ultrasound or a test that looks at your baby’s DNA, like NIPT, CVS, or amniocentesis.