Wait, When Did I Wander into a Funhouse? What to Do About Kaleidoscope Vision 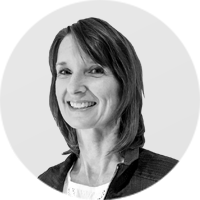 When your vision becomes scrambled, fractured, or vividly colorful, you’re experiencing kaleidoscope vision. This can be alarming, especially if you don’t recall taking the “brown acid.”

Kaleidoscope vision is generally the result of a visual disturbance called a migraine aura, which is caused by an electrical flare in the occipital lobe of the brain — the area responsible for processing images. Visual auras can also disturb other senses such as touch, smell, or hearing.

The aura itself is not a condition, but a symptom of another condition — usually a migraine, but there are other, more serious possibilities to rule out as well.

Visual auras may be accompanied by a headache and may not affect both eyes equally. They can affect all or just part of your field of vision, and they generally last no more than an hour; most often they last between 10 to 30 minutes.

Kaleidoscopes are neat toys, but fractured vision without the help of one is no bueno. Read on for more info about the possible causes of kaleidoscope vision and their treatments.

What has gotten into my eyes?!

Don’t get the wrong idea — having kaleidoscope vision doesn’t necessarily resemble looking through an actual kaleidoscope, nor is it the only type of visual distortion associated with a visual migraine aura.

So, what on earth can cause kaleidoscope vision? In addition to migraine, there are a few other conditions that could be to blame.

The most common of all causes of kaleidoscope vision, this type of migraine is characterized by any number of other possible visual disruptions.

There are two kinds of ocular migraine to consider which have similar symptoms but present different levels of danger: migraine with aura, and retinal migraine. Let’s first discuss what they have in common before pointing out some key differences.

Those affected by ocular migraines commonly experience different symptoms with each episode, and fewer than 20 percent of people who have them experience visual aura symptoms each time they have a migraine.

Symptoms of ocular migraines include positive, negative, and altered visual auras, and may also include sensory or dysphasic auras — all of which are described under the Symptoms heading found above. These may be accompanied or followed by other migraine symptoms such as:

The visual symptoms can be blamed on rogue electrical activity in the occipital lobe that spreads very slowly — just a few millimeters per minute — and interferes with visual processing.

NSAIDs such as ibuprofen or aspirin may relieve pain, and anti-nausea medications like promethazine may ease discomfort during an ocular migraine — you can buy both over the counter.

Treatments used to prevent migraines include:

And here’s how the types of ocular migraines differ…

Migraine with aura has the milder symptoms of the two types, more commonly including positive visual aura symptoms like seeing stars, squiggles, etc.

Visual symptoms are short-lived, usually lasting less than an hour, and they’ll always subside. This type of migraine may occur with or without a headache. It may be unpleasant, but just hang on — it’ll be over soon!

Retinal migraine has more disruptive visual symptoms and is the more potentially-dangerous type of ocular migraine.

Headaches normally accompany or follow the visual symptoms within an hour.

Retinal migraine poses a (rare) danger of permanent vision loss, so you should get checked by a doctor if you suspect you may be affected.

There’s evidence that migraines can be a precursor to the onset of multiple sclerosis (MS). One study conducted on 50 people who were newly diagnosed with MS found that 78 percent of participants had experienced headaches — especially migraines — within a month of the study, leading the authors to conclude that migraines are “a frequent symptom within the scope of the first manifestation of multiple sclerosis.”

Migraines are rather common though, affecting about 40 million people in America. MS, an autoimmune disorder affecting the central nervous system, is less common — affecting about 400,000 Americans. Therefore it’s possibly a coincidence that some peeps with MS also experience migraines.

So while migraines are not usually a sign of the onset of MS, it’s a good idea to see a doctor if you’re also experiencing any of these other early symptoms of MS:

A stroke occurs when blood flow to the brain is interrupted due to blood clotting or a severely-narrowed artery (ischemic stroke), or when bleeding occurs in and around the brain (hemorrhagic stroke).

The underlying cause of an ischemic stroke is similar to that of a heart attack, so you can think of it as a “brain attack.” Brain tissue can die as a result of a stroke, due to lack of oxygen from blood circulation, which can be permanently disabling or even fatal.

A transient ischemic attack (TIA) is a brief stroke that leaves no lasting damage (they’re often referred to as “mini-strokes”).

This doesn’t mean you’re in the clear though; a TIA will often lead to a stroke. Within a year of having a TIA, a third of people will have a full-on stroke, and as many as a quarter will die.

From lack of blood flow to the brain, a person having a stroke may experience symptoms similar to an ocular migraine. This can include — you guessed it — kaleidoscope vision. As time is of the essence when a stroke is happening, it’s important to recognize the telltale signs.

The American Stroke Association advises us to think F.A.S.T. to recognize the warning signs of a stroke and to get help:

Additionally, a stroke may cause difficulty walking or seeing, a severe and abrupt headache, numbness, and confusion.

Some risk factors of a stroke are treatable, so it’s a good idea to address any of the following conditions or lifestyle choices sooner rather than later. They include:

Okay, this one might be obvious if you intentionally took a hallucinogenic drug recently. Or maybe you didn’t take that lyric about the girl with kaleidoscope eyes in “Lucy in the Sky With Diamonds” literally enough. But yes, certain drugs can produce visual hallucinations, including lysergic acid diethylamide (LSD) and psilocybin (as is found in magic mushrooms).

While an ocular migraine will ruin your dinner plans, it’s usually not a lasting threat to your health. But if your kaleidoscope vision is accompanied by any of the following symptoms, it’s possible that there’s something more significant going on, and you should be off to the doctor, pronto.

Unfortunately there is no cure for migraine; like going to a superhero movie with your fanboy partner, you just have to deal with it as best you can, reminding yourself all the while that it’ll be over soon.

In most cases, your visual aura symptoms will clear up quicker than it typically takes to witness The Avengers save the world yet again.

In the meantime, it can help to lay down in a dark, silent room. Some people find that a scalp massage or wet cloth applied to the forehead can also help with symptoms.

Certain medications can help to treat migraine symptoms, including:

There are also some medications that doctors prescribe off-label (i.e. for uses other than their intended purpose) that can help prevent migraines. These include:

The right treatment for kaleidoscope vision depends on its cause. Most of the time it’s due to migraine with aura, but there other possible causes that should be ruled out if symptoms beyond those of migraine are present.

The good news is that if your kaleidoscope vision is caused by migraine, it’s generally short-lived.