Ugh, Why Am I Having Cramps After My Period Is Over? 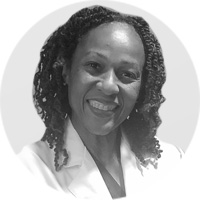 So many things are awesome about having a vagina. Dealing with period pain is not one of those things.

Some people experience such severe cramps during that time of the month that they’ll cancel all their plans and curl up with a bottle of ibuprofen, a slab of cheesy bread, and Friends reruns to make it through those difficult few days (hi — it me).

But if you’re experiencing cramps after your period is over, you’re probably thinking, why is this happening to me?

Shouldn’t the pain end after the menstrual cycle ends? Typically, yes — but in various circumstances, you may notice cramping even when your period is over. Most of the time, it’s NBD, but in certain instances it might signal a deeper issue that needs to be addressed.

It can be either primary, which means it happens consistently each month during your cycle, or secondary, which means it’s caused by a reproductive disorder and lasts longer than usual. Here are some situations which may cause post-period cramping to occur:

When the tissue lining the uterus grows outside of its designated uteran home — like on the fallopian tubes or lower abdomen — it results in an often painful condition called endometriosis. This affects between 3 to 10 percent of women of reproductive age.

It can only be diagnosed with laparoscopic surgery, but a doctor can also perform a pelvic exam and an imaging test to see if you have scarring. While there’s no known cure for endometriosis, it’s often treated with hormonal birth control, which can significantly lessen symptoms.

Some women have also found success treating the symptoms with diet changes. Ultimately, you’ll need to chat with your doctor and experiment with a treatment plan that works for you.

Along with regular period pain, one in five women experiences something called mittelschmerz, or ovulation pain. It happens when the egg growth stretches the ovary, causing discomfort. It may also cause a small amount of bleeding.

Ovulation pain is typically nothing to worry about — unless, of course, it’s so debilitating that you can’t function. It can be treated the same way you treat period pain — with ibuprofen and a heating pad… and maybe some cheesy bread and Friends reruns.

During those first few days and weeks after a sperm is implanted in an egg, your body goes through many hormonal changes to begin the early stages of pregnancy. This can cause some abdominal pain and discomfort.

As soon as you notice a missed period, it’s smart to take a pregnancy test (if you’ve been sexually active). It typically takes several weeks for your body to start producing enough hCG to show up on a pregnancy test.

Wait until your period is late to take the test, so you lower your chance of an inaccurate result. And if the idea of being pregnant isn’t something you want right now, remember you’re not alone and you have options.

Ovarian cysts are fluid-filled sacs that develop on the ovaries. They often form during ovulation and are usually harmless, but they can sometimes be a signal of underlying issues like endometriosis, early pregnancy, or hormonal issues.

If you’re worried you might have problematic ovarian cysts, talk to your doctor — they can spot the cysts with an ultrasound. In rare cases, you may need surgery to remove an especially large cyst, but if you’re experiencing smaller painful cysts regularly, hormonal birth control may help.

This condition typically arises as a result of untreated STIs like chlamydia and gonorrhea. It also sometimes happens right after implantation of an IUD (though this is very rare).

Pelvic inflammatory disease can cause cramp-like pain, fever, vaginal bleeding, and painful urination. It should be addressed by a doctor ASAP to avoid long-term complications like infertility and ectopic pregnancy, when a fertilized egg attaches outside the uterus.

Uterine fibroids are non-cancerous growths that form in the uterus. They are often tiny and cause no symptoms at all, and they can be caused by everything from hormonal changes to genetic changes in cells.

Unless you notice painful symptoms, uterine fibroids are nothing to worry about. They almost never develop into cancer or another malignant condition.

Just like period pain, they can be treated with over-the-counter (OTC) pain medication — and doctors may prescribe other drugs in more serious cases.

No, it’s not a type of dinosaur. When uterine tissue grows, not only outside the uterus, but actually into the uterine wall, it can result in a thickening of the uterus called adenomyosis. The exact cause of this condition is unknown, but it’s estimated to affect between 20 to 65 percent of women.

In order to diagnose and treat this, your doctor will need to perform a pelvic exam and ultrasound. Similar to other similar disorders like endometriosis, adenomyosis can be treated with OTC meds or hormonal birth control.

In rare cases, a fertilized egg will attach itself somewhere other than inside the uterus, where it belongs during a pregnancy. This is called an ectopic pregnancy, and it requires immediate treatment by a healthcare professional.

Sharp abdominal pain is one clue that it may be happening, along with vaginal bleeding, gastrointestinal symptoms, and weakness or dizziness.

Your doctor will determine the best course of action depending on the situation, but treatments for ectopic pregnancies range from drugs to surgery. In extreme cases (usually when the pregnancy has progressed quite a bit), the fallopian tube may need to be removed.

Typically, your cervix will widen and narrow on its own at different points throughout your monthly cycle.

But occasionally, the cervix stays closed, which blocks the period blood from passing through. This is called cervical stenosis and usually occurs as a complication of cervical surgery, though it can also be caused by a genetic issue.

This will require the assistance of a doctor, and it can be treated using cervical dilators that slowly stretch and expand your cervix over time, allowing blood to flow normally.

If you experience cramping during or right after sex, it could be caused by a variety of things, including an STI, vaginismus, endometriosis, or pelvic inflammatory disease.

Sex should never be painful, so it’s worth talking to your doctor if this is something you’re dealing with regularly.

When should I call my doctor?

In general, if you’re experiencing abdominal pain that feels different from your typical menstrual cramping, you should talk to your healthcare provider about it. Chances are, it’s no big deal, but it could also be a sign of something more serious that needs to be addressed.

In the cases of conditions like endometriosis, cervical stenosis, and fibroids, your doctor can help you pinpoint them and decide whether and how you need to move forward.

Unfortunately, many women deal with abdominal cramping — but that doesn’t mean you should suffer constantly with no hope of relief. There’s a solution for almost every scenario, whether it’s using temporary pain relievers or starting a new method of birth control.