9 Science-Backed Reasons to Give Burdock Root a Try

Wellness junkies and herbal healers have touted burdock root as a cure for everything from bellyaches to cancer. So should you give it a whirl? And more importantly, does science back it up?

Burdock root is a flowering plant. For centuries, alternative medicine gurus have crushed up its roots to make powders, tinctures, and detox tea. It’s commonly used as a diuretic to flush excess fluid and keep your digestive system moving.

Recent research suggests burdock root is more than an ancient remedy — it could be the real deal.

Here’s what the science says about the benefits and risks of adding a little burdock root to your daily routine.

So, “teatox” peeps already love burdock root. But which benefits are actually backed by science?

1. It’ll work magic on your skin

If you deal with acne, burdock root might be your new BFF. The root is known to soothe inflammation and kill bacteria.

Some anecdotal research suggests it can even be applied directly to skin as a burn treatment, however there is very limited scientific evidence to support this.

One very small study did show burdock leaf therapy to be an effective treatment for first and second degree burns.

Chronic inflammation is linked to a whole mess of health issues, from diabetes to heart disease. It’s also the reason arthritis and osteoarthritis make your joints feel achy.

3. It beats the bloat

For years, burdock root and burdock root teas have been used as a diuretic — aka something that makes you pee. Burdock users often sip it in tea to reduce swelling from water weight.

4. It could cure infections

Burdock devotees have touted the root as a cure for sore throats, colds, and infections for years. Now research backs them up.

There’s evidence that burdock root can kill biofilms, which are slimy groups of bacteria that stick to surfaces like your teeth (gross, right?).

Research has shown burdock root is effective against biofilms in UTIs and other infections. One study even suggests coating raw meat in burdock root reduces bacterial growth and helps keep the meat fresh — kinda random, but we’re here for it.

Research on mice instead of humans should be taken with a grain of salt, but this is promising: In a 2015 study, mice that noshed on fermented burdock root had drastically lower blood sugar.

A 2017 study further affirmed the anti-diabetic effect (again, in mice). More research in humans is needed, but it’s something to consider discussing with your doctor.

Let’s just say it boosted libido and performance in a bunch of male rats in one 2012 study. Evidence of a connection between burdock root and human horniness is limited to anecdotes for now. But hey, the more you know!

7. It detoxes your blood

In a 2011 review of the science, researchers found that burdock root *really does* increase circulation, purifying your blood.

You already know burdock root soothes inflammation, which is linked to the development of cancer. But the connection goes even deeper.

One 2011 study found that burdock root slows the growth of pancreatic cancer. Of course, more research is needed to determine its effectiveness on different types of cancerous tumors. But preliminary research is promising.

9. It packs an antioxidant punch

Burdock root is bursting with antioxidants like quercetin, luteolin, and phenolic acids.

Antioxidants are all the rage for good reason. They protect your cells from free radicals, which cause premature aging, inflammation, heart disease, and various other health issues.

Well, nobody’s perfect. Burdock root hasn’t been studied deeply enough to identify a definitive risk list. And since there’s limited research involving children, it’s best to keep it away from the kids.

Keep these precautions in mind

Whether you’re into tea or powdered supplements for your morning smoothie, burdock’s got your back. You can try it several ways:

A general rule of thumb is to aim for low-to-moderate consumption and just one cup of burdock tea per day.

Remember, supplements are a pretty unregulated industry. The FDA doesn’t monitor them, so there could be issues with quality, purity, or dosage suggestions. Purchase from reliable companies and check with your doctor if you have questions.

Wanna get creative in the kitchen?

Sure, you can stock up on supplements, teas, and tinctures. But it’s also fun to cook up a batch of fresh burdock, which is generally healthier (and safer!) than supplements.

Here are several burdock root recipes to get you started. 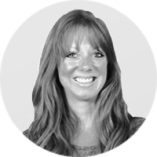