The Crash and the Furious: How to Avoid an Adderall Crash 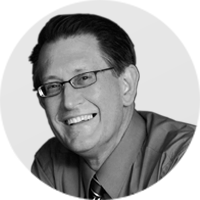 Adderall is a central nervous system stimulant made up of a combination of the generic drugs dextroamphetamine and amphetamine. It’s most often used to treat attention deficit hyperactivity disorder (ADHD) and the sleep disorder narcolepsy (who knew?).

When Adderall enters the body, it amps up the dopamine and norepinephrine systems in the brain, making you feel alert, sharp, and better able to concentrate. It also helps curb impulsive behavior. Put down those Louboutins!

But much like driving a car at full speed, stopping Adderall suddenly may lead to a “crash.”

This can cause a person to have serious withdrawal symptoms and feel the complete opposite of how they usually feel on Adderall. Common symptoms include depression, sluggishness, and trouble sleeping.

Symptoms of a crash

If you stop taking Adderall cold turkey, you may experience temporary symptoms of a crash including:

To avoid the above listicle-of-despair, only stop taking Adderall under a doctor’s supervision.

Tapering off the drug with medical guidance may help you avoid withdrawal symptoms altogether. You can usually avoid a crash by gradually lowering your dose and intake over the course of several months.

When a doctor first prescribes you Adderall, they’ll usually start you on a low dose that they slowly increase until it starts delivering the desired results (see: multitasking and focusing like a boss). This allows the doctor to make sure you’re on the lowest possible dose, which will lower your likelihood of crashing if and when you decide to stop.

A person who’s been taking Adderall for a long time, or in high doses — or has been abusing it (ahem, do you even have ADHD?) — will most likely experience a more severe comedown than someone who has been on a lower dose for less time.

It also helps to know what to expect so you’re not taken off guard if or when symptoms start to arise.

Timeline of an Adderall crash

Adderall withdrawal usually lasts between one and three days after a person stops taking it, but in some cases symptoms can last for months.

Although, it should be noted that some people may not experience any of these symptoms, while others may experience more. Below is a timeline of what a crash could be like:

Some people may experience symptoms like fatigue, Adderall cravings, and mood swings for a few weeks to a month after suddenly stopping the medication. Most symptoms tend to subside after 1–3 months.

Natural remedies for coping with a crash

Symptoms of an Adderall crash can be intense and unpleasant, which leads some to try and avoid them with alcohol or other stimulants. No bueno, friends. You will still have an Adderall crash, it will just come later.

The likelihood of returning to Adderall is highest the first few days after stopping, so If you do experience symptoms of withdrawal, speak to your doctor ASAP. They’ll most likely check in on your mental health and, depending on your symptoms, prescribe any necessary temporary medication you may need.

The best remedies for an Adderall crash? Good ole natural self-care. Temper your crash by:

Creating a nurturing sleep regimen and environment is also of utmost importance. You can cultivate good sleep hygiene with these tips:

There are currently no drugs on the market that are able to effectively treat amphetamine withdrawal (again, amphetamine is one of the main ingredients in Adderall), meaning you’ll have to get through the symptoms of an Adderall crash naturally.

That being said, if symptoms become severe and you begin having serious mood swings or mental health issues, doctors may prescribe short-term benzodiazepines like Xanax or Valium to help with sleep, or antipsychotics to help control irritability and agitation.

It’s crucial not to take extra Adderall in an attempt to avoid the symptoms of withdrawal. Too much Adderall can lead to an overdose, which could cause:

If you or anyone you know has thoughts of self-harm or feels suicidal, never hesitate to call the National Suicide Prevention Hotline at 1-800-273-8255.

Adderall boosts the effects of neurotransmitters — dopamine and norepinephrine — in the central nervous system. This boost increases your attentiveness and ability to concentrate.

Adderall is a highly addictive medication that can cause serious side effects, which is why it’s labeled as a controlled substance. Despite all the warnings, Adderall abuse among teenagers is widespread.

Students without ADHD take the medication illegally in hopes it will enhance their performance in school or help them cram for exams (spoiler alert: it won’t).

What’s more, some studies suggest up to 30 percent of college students take it for nonmedical reasons, getting it from friends or family members who have a prescription.

A study of more than 10,000 college students across the US reported that more than half of students with Adderall or other “study drug” prescriptions were asked to sell them to their friends.

It can’t be stressed enough:

You are much more likely to have a severe Adderall crash if you are abusing or misusing Adderall than if you medically need it and are taking it under the supervision of a doctor.

Taking Adderall in high doses is called chronic intoxication, which is a nicer way of saying “getting high.”

When someone is experiencing chronic intoxication, they may feel euphoric or irrationally excited (like when you met Justin Timberlake in 8th grade). In order to maintain this high, they take more and more… which can lead to addiction.

Other side effects of high doses of Adderall include:

In extreme cases, people can experience psychosis and sudden cardiac arrest. Though severe symptoms generally occur with high doses, they’ve been reported with prescribed dosages too.

Like any drug, Adderall can have unforeseen side effects, even when taken as prescribed by a doctor.

Common symptoms for teens include:

Common symptoms for adults include:

Adderall should only be taken by people who have had it prescribed to them by a doctor familiar with their medical history. It’s not safe for everyone, especially people who have:

Adderall is also not safe for pregnant women. Taking it while pregnant can cause your baby to be born prematurely, or to have a low birth weight. There’s also the risk that once born, the baby would go through an Adderall crash.

As always, tell your doctor about all medications and supplements you’re taking prior to taking Adderall, as they could negatively interact with each other. And most importantly, don’t take Adderall if it hasn’t been prescribed to you!

When taken correctly, Adderall can help people with ADHD (and narcolepsy) manage their condition and function to the best of their abilities.

Remember though, it’s a potent drug that can cause serious side effects, including a severe crash if suddenly stopped. If you’re taking Adderall and want to stop, speak with a doctor and come up with a plan together.