How Blinking Could Help Your Brain Learn New Information

Written by David Tao on January 8, 2013
Greatist News examines and explains the trends and studies making headlines in fitness, health, and happiness. Check out all the news here.

Blink and you’ll miss it, right? Not so fast. A new study suggests blinking actually helps us process information and gives our brains a quick break. And here’s the coolest part: Turns out our brains might be doing a lot more behind the scenes than previously thought.

If we didn’t blink, our eyes would get pretty dry. But humans blink a lot more than is required for keeping our eyes moist (on average 15-20 times a minute, even though we only “need” 2-4 a minute). Scientists at Japan’s Osaka University wanted to see if all that blinking had a hidden purpose, so they asked 20 undergraduates to watch an episode of the British television show “Mr. Bean” while their blinks and brain activity were recorded in an MRI machine. As predicted, the students tended to blink whenever there was an “implicit stop” on screen, like when a character exits a room or when a scene change occurs. But that’s not all.

Blinking actually triggered a momentary shift in brain activity from an area that helps us focus attention (the dorsal attention network) to an area responsible for subconscious processing (the default-mode network). Once the eyes opened again, brain activity shifted back. In a way, blinking seemed to help the students process what they saw.

The researchers then tested whether blinking itself or just the brief lack of visual stimuli triggered the switch. In a second study they inserted short, blink-length intervals of blank screen time into the video students watched. These artificial blinks didn’t, however, trigger the same brain shift. Blinking, it would appear, was a deliberate — if unconscious — action and not just a response to a lack of visual stimuli. And here’s a kicker: The shift in brain function only occurred when subjects unconsciously blinked. Unfortunately, closing our eyes extra hard won’t trigger a more acute response.

Probably. We’ve written before on how letting the mind wander can activate the brain’s default settings and promote creativity, and there’s a lot of research suggesting that part of the brain plays an important role in how we process information. While this particular study doesn’t solve every blinking mystery, it does give a clue as to one way the brain resets its attention. If anything, it’s becoming increasingly clear our attention — even when it comes to the most time-tested comedy — is anything but undivided.

What did you think of the study? Are you still on the fence about the role of blinking? Let us know in the comments below or tweet the author @d_tao. 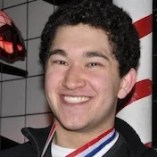