Even the most devoted runners can come up with excuses for not making it to the gym. A lot of us need a real motivator to hit the road (beyond the obvious benefits of, like, being in shape), and yes, sometimes that motivation comes in the form of booze.

Enter: the wine run. Wineries the world over have found a way to combine two of the best things on the planet by hosting races through vineyards followed by a boozy afterparty. Mix the excitement of a race with a scenic wine country backdrop and an excuse to travel, and it's a trifecta of reasons to get in shape. Oh yeah, and did we mention you get to drink wine?

If you're looking for some race motivation this year, read on—we've compiled a list of the world's best wine runs to help kick you into gear.

Wicked Wine Run dubs itself as "the race with a drinking problem" and hosts 5k and 1-milers at wineries across the country. Cities include Portland, Austin, and Phoenix, but a fan-favorite is Fredericksburg, Texas. The quaint German-centric town is just an hour from San Antonio or Austin and offers adorable B&Bs, shops, and restaurants in the heart of Texas Hill Country. The Wicked Wine Run takes place at Hye Meadow Winery, surrounded by many other notable wineries that put Texas wine on the map.

Are you Team Napa or Team Sonoma? You don't have to choose when you run this half-marathon, which starts in Sonoma and winds through vineyards to end up in Napa. Runners will be treated to spectacular views of the Napa-Sonoma Marshes Wildlife Preserve, San Pablo Bay, Mt. Tamalpais, and hundreds of acres of vineyards dotted with wineries. The run partners with dozens of area wine purveyors like Cline and Ravenswood and draws runners from all 50 states and around the world.

British Columbia's Oliver Osoyoos wine region is known for its robust reds, flavorful whites, and its totally beautiful scenery, making the Half Corked Marathon an absolute stunner. There are a dozen refreshment stations throughout the course, slinging wine slushies, sangria, and other boozy concoctions. Plus, with a party at the finish, you can keep sipping more of the region's wines, listen to live music, and nosh from food trucks. Be sure to note that this is an untimed race and registration is on a lottery system because of its popularity.

OK, so this race isn't actually a marathon—it's an 18K. But running the course is so much fun you'll hardly be thinking about the distance. In its 34th year, the Maraton du Medoc is one of the most impressive wine runs in the world. Each year, the race has a theme (2018's was "Super Heroes" and 2017's "Vinyl Records"), which has taken the event from an insider's secret to an international affair. The course winds through the hilly countryside of Bordeaux with tastings of food like steak, oysters, and cheese; and wine from the likes of Chateau Lafite Rothschild at every mile marker. Oui, s'il vous plaît!

Run through Oregon wine country's stunning oak savannas along gravel and trail pathways at Run for the Oaks. The course leads through estate vineyards to the finish line at Left Coast Cellars, where award-winning wines await at a post-race celebration. Runners can opt for either a 5K or 10K course, with the proceeds from the race, food, and wine sales on race day benefitting the Oak Savanna Restoration Project, the winery's trail expansion and oak tree preservation project. Save the trees, save the wine—sounds like a win-win if you ask us.

This 10K is one of the most unique: It takes place in the world's second-largest wine cellar, located in Chişinău, Moldova's capital city. The huge maze of roads (yep, they're so big you can drive a car through them) were carved out to quarry limestone for city buildings and used to store wine starting in the 1950s. Three hundred and thirty feet underground, the cellars store 1.25 million bottles of rare wine dating back to 1902. Participants from around the globe show up to race through the tunnels, where traditional dance troupes and musicians cheer them on, followed by a bonfire with Moldovan food and mulled wine.

When it comes to drinking and running, Michigan knows what's up. The state's Thirsty Three event series includes Hightail to Ale (a beer run), Scrumpy Skedaddle (a hard cider run), and of course, the vino-centric Running Between the Vines.

Just 20 miles outside of Ann Arbor, Michigan, Running Between the Vines offers a 5K, 10K, and half-marathon option to race through the Sandhill Crane Vineyards. The party at the end pairs wine, cheese, and chocolate with live music.

Want to get the whole family involved? The Winery Running Festival in Hunter Valley, Australia is a collection of races for each type of runner—including kids' races and a Moon Marathon for relay teams that takes place under the stars. The races are followed by a local produce expo and family-friendly entertainment, all located in the heart of Hunter Valley's world-famous vineyards.

Photo: Marathon Deutsche Weinstraße When you think of Germany, you probably think of frothy steins of beer. But Germans love their wine too, and the scenic Marathon Deutsche Weinstraße is proof. Starting in a tiny wine village, the course runs through the vineyards of the Leiningerland and Freinsheim districts' quaint and romantic towns to the giant wine barrel in the spa town of Bad Dürkheim. You'll definitely want to bust out your Duo Lingo app and stay for a post-race vacation in the wine region.

This unique race combines a 5K with a post-race winery and brewery bus tour in New York's beautiful Finger Lakes wine region. The race runs along the shoreline of Seneca Lake and finishes with a tour of local wineries, like Anthony Road and Fox Run. Bonus: The race finisher medal doubles as a wine-bottle stopper.

READ THIS NEXT: How Training for Half-Marathons Helps Me Handle My Anxiety
Pin It Share Tweet Flip
Fitness Race Training Races Wine Fitness

10 People Describe What a Runner’s High Really Feels Like

Warning: May make you want to strap you sneaks on.

If My Form Is So Good, How Come I'm Not Seeing Results?

Imagine a needle — that you don’t inject.
IN PARTNERSHIP WITH / Peerfit

Step away from the computer.
IN PARTNERSHIP WITH / Peerfit

How to Get Away With a Super-Sweaty Lunch Workout

Not Giving 100 Percent Can Actually Help You Get Fitter

It's hard to believe you don't have to torture yourself to get in shape. 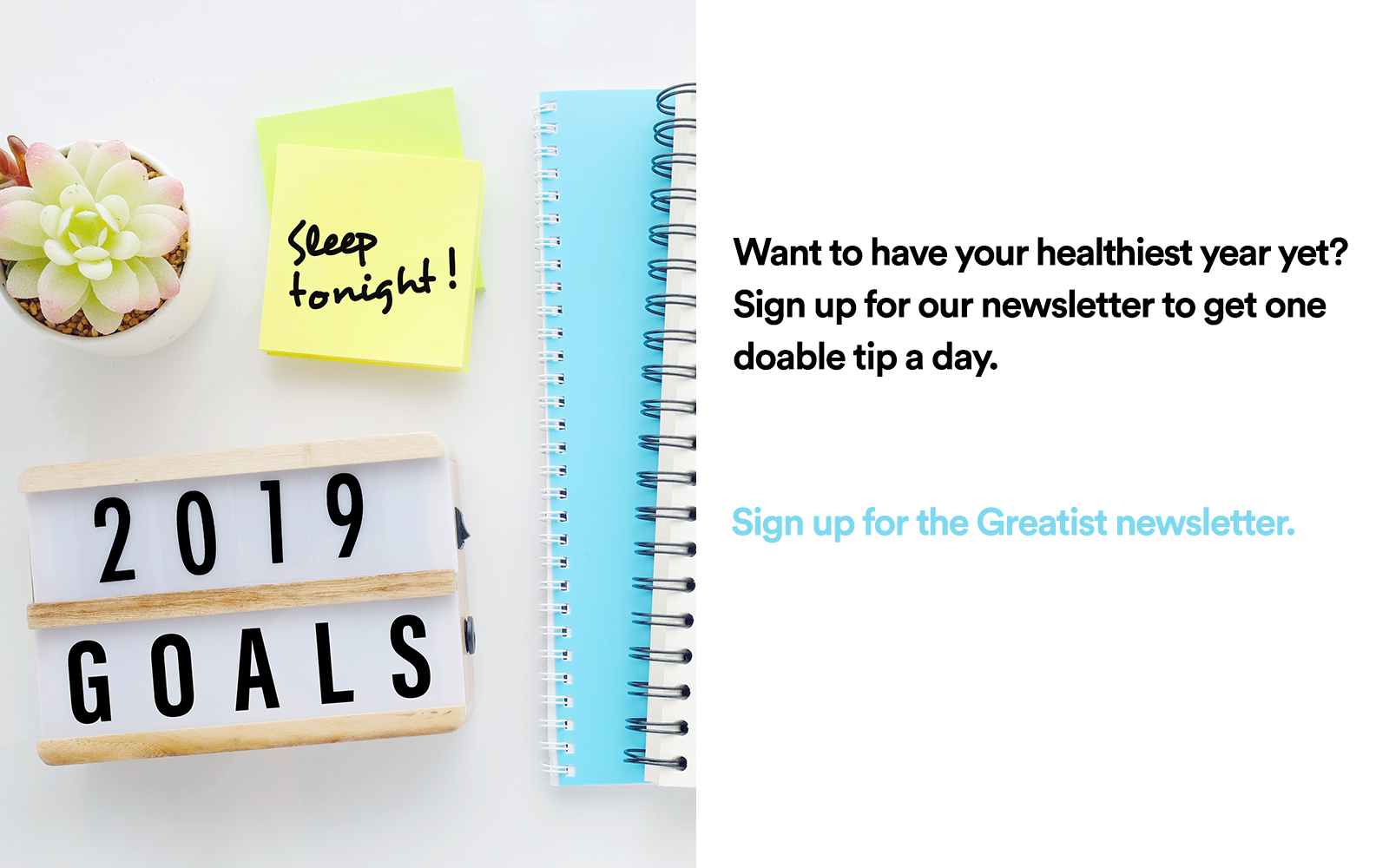 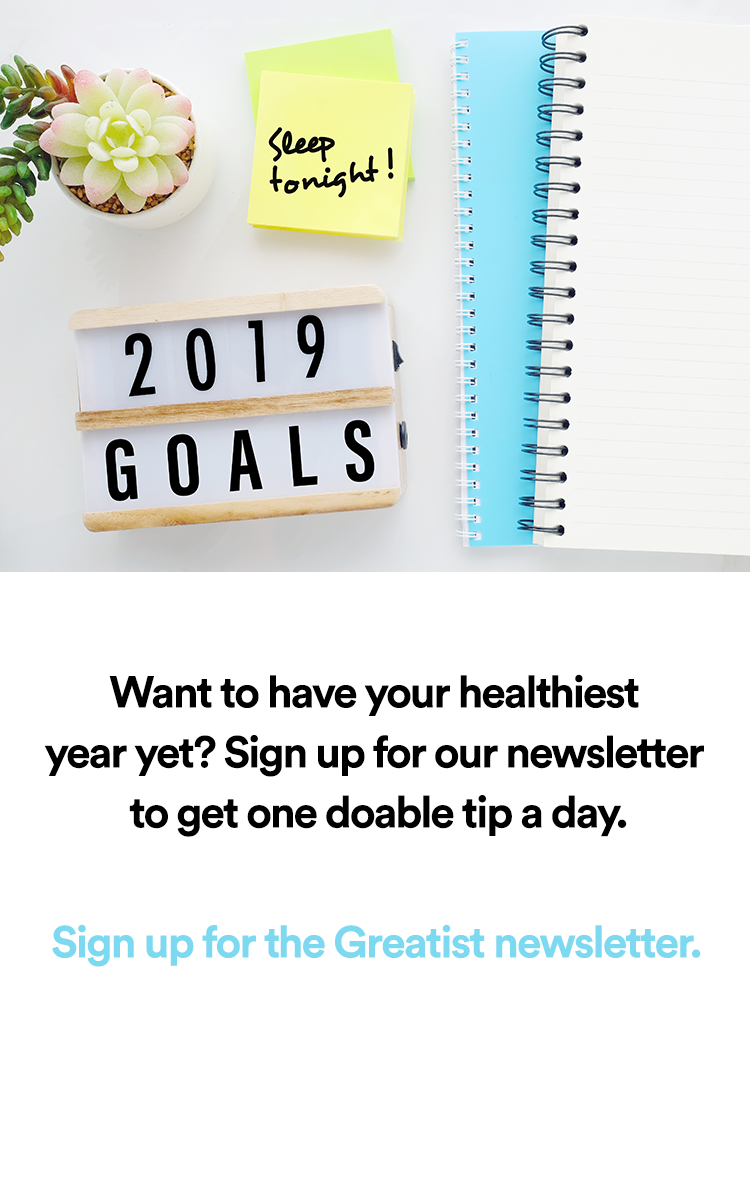