Know Before You Go: Tennis

Written by Laura Newcomer on September 6, 2012

Tennis is scoring some major points these days thanks to the U.S. Open (currently in full swing). But you don’t have to be a pro to enjoy a friendly match of racket-swinging. Tennis can be played year-round, indoors or out. That’s a good thing, because regular bouts can improve strength, cardiovascular fitness, agility, and balance. Here we’ll break down the rules, gear, lingo, and more to help any would-be tennis pro get started.

What’s Love Got to Do with It? — The Need-to-Know

Got questions on talking the talk, swinging, or figuring out what all those lines mean? Here’s your ultimate tennis starter guide.

Are you a tennis newbie or the future Federer? What are your best tips for beginners? Let us know in comments below! 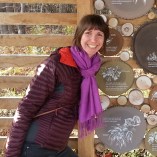 Written by Laura Newcomer on September 6, 2012