Is Running Every Day Even Safe?

Written by Gabrielle Kassel on October 10, 2018

Whether you’re a seasoned marathoner or a slow-and-go non-competitor, that euphoric runner’s high is so easy to get hooked on—all you have to do is lace up your sneaks and put one foot in front of the other. Chasing those endorphins is exactly why some pavement-pounders and treadmill-trotters run on the daily.

But while it’s clear that running has many health benefits—spanning from boosted mood to improved cardiovascular mortality—is running every single day actually safe?

No, not that kind: In the running world, the term “streaking” refers to the increasingly popular practice of logging at least one mile every day. The goal isn’t necessarily speed or distance so much as consistency. At face value, the trend seems like a motivating way to build a good-for-you habit. But according to experts, running every day can be a fast track to burnout, overtraining, and injury.

“Streaking challenges are often geared toward beginners who don’t usually run often,” says Vinnie Miliano, a trainer at Mile High Run Club in New York City. “Increasing your running volume that quickly can lead to overtraining injuries like stress fractures and shin splints.” Miliano says long-time runners will often challenge themselves to streak too. “But even for seasoned athletes, streaking isn’t ideal, especially if they’re running long distances every day—they’re not giving themselves enough time to properly recover between sessions.”

The Truth About How Much Exercise You Need to Lose Weight

“As a general rule, your muscles need 24 to 48 hours to recover from a workout,” explains Robin Berzin, M.D., founder and CEO of Parsley Health. “Now, if you’re going on a run two days in a row, you might be fine. But running multiple days in a row doesn’t give your muscles enough time to repair and can put you at risk for overtraining.”

And there’s science to back this up.

Researchers from Denmark set out to discover what too much running might do to the heart and found that long-term excessive exercise may be associated with coronary artery calcification, diastolic dysfunction, and large artery wall stiffening. In people terms: They found that overtraining is bad for your heart.

“As a cardiologist, my instinct is to steer people toward exercise as opposed to away from it,” says Kunal Karmali, M.D., a cardiologist at Northwestern Medicine Delnor Hospital. “But we do have some extreme runners who come in, and we end up suggesting more intentional marathon training plans that mix in many different distances and rest days to help prevent overtraining syndrome.”

Another study had a group of recreational cyclists and triathletes overload their regular training volume by 150 percent for three weeks, while a control group continued their normal routine.

Scientists found that the athletes who had increased their training volume had a high level of resting sympathetic nervous system activity, which is generally considered unhealthy because it indicates increased heart rate and increased blood pressure. And while this study wasn’t done specifically on runners, Berzin says that it does indicate that overtraining can counteract other positive benefits of moderate exercise and actually become harmful.

The common theme here? Too much is… just too much.

“Too much volume and intensity are unsafe,” Berzin says. Karmali adds that if you’re experiencing chest pains or pressure, those are two big signs that your run-volume is affecting your heart. But there are other signs of over-running too, like insomnia, lowered immunity, decreased exercise performance, and frequent pain in muscles and joints, says Berzin, who notes that overtraining syndrome has been career-ending for famous runners like marathoner Alberto Salazar and ultrarunner Ryan Hall.

That’s why the American Council on Exercise recommends you run for 20-30 minutes three days a week and take rest days—or cross-training days—for the rest of the week.

Is it possible to streak safely?

Maybe. One study found that running just five to 10 minutes each day at a moderate pace may help reduce your risk of death from heart attacks, strokes, and other common diseases. But (and it’s a biiig *but*) other research shows that these heart-healthy perks top out at four and a half hours a week and that you only need to run at a moderate pace (as in a ten-minute mile).

Another study found that when a group of 51 healthy adolescents ran for 30 minutes at a moderate-intensity pace every morning for three weeks, their sleep, mood, and alertness during the day tested better than a control group of non-runners. However, other research suggests you may be able to experience these same perks for other, lower-impact activities like walking or yoga.

“Running a ten-minute mile every day probably isn’t bad for you, but it’s also probably not getting you to your fitness and health goals,” Berzin says. “Plus, if you’re only running, you lose out on some of the major health perks of other types of exercise.”

Runners are a special breed of people—they thrive on pushing their limits and are notorious for putting their training before all else (sorry, bae). So for those who can’t be sidelined by the risks of streaking, your training plan should include two days a week of slow, short runs. To that same point, if you’re going to run every day, recovery needs to become your jam. And if you don’t feel your best, take a rest day! You only get one body—make sure you’re giving it the love it deserves.

Gabrielle Kassel is an an athleisure-wearing, adaptogen-taking, left-swiping, CrossFitting, New York based writer with a knack for thinking about wellness-as-lifestyle. In her free time, she can be found reading self-help books, bench-pressing, or practicing hygge. Follow her on Instagram. 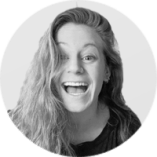 Written by Gabrielle Kassel on October 10, 2018