9 Hot Sauces We Love With a Fiery Passion (Plus Food Pairings!) 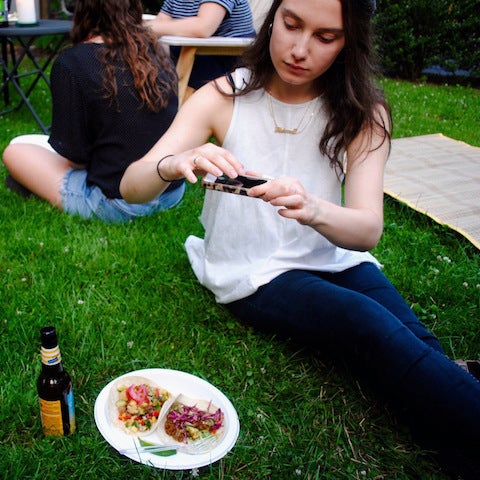 Written by Rebecca Firkser on February 2, 2017

It’s no secret that we’re obsessed with hot sauce. You’ll find us splashing the spicy stuff on our morning eggs, afternoon sandwiches, and dinner tacos—and that was just today. While “hot sauce” may be a catchall term, really the only common ingredient is some form of chili pepper (of which there are dozens of varieties).

While there are infinite brands and blend, we’ve stuck with these nine, not only because they’re diverse in flavor profile and cuisine origin, but because we love them with, well, a red-hot passion. We’ve described the flavors, given them our own heat index—because let’s be honest, only your mouth can tell how hot these puppies are—and shared which dishes make the best pairings. Do you prefer Sriracha on eggs or are you more of a Cholula fan? Here’s what we think.

Note: The “Spice-ometer” ratings included in the list were created based on the Greatist team’s taste test. If you’re sensitive to spice, be sure to go slow when saucing.

Cholula’s mild original sauce adds a faint, yet always appreciated, kick to dishes in need of a little zip. More tangy than spicy, this sauce is the best choice for foods such as pizza or fries—without hot sauce they won’t taste like something is missing, but a good splash sure doesn’t hurt.

Aged cayenne peppers bring the heat in Frank’s Red Hot, which is credited as the secret ingredient in the first batches of Buffalo wings. When mixed with butter and spices, Frank’s makes the classic finger-licking chicken wing sauce we’ve come to expect at sports bars (and at home!).

Chili pepper paste, vinegar, garlic, sugar, and salt make the ever-popular “rooster sauce” come to life. Sriracha was originally developed as a dipping sauce, but is treated more typically in the US as a condiment. This spicy sauce’s Thai flavor profile is perfect for dumpling-dipping and stir-fry sauces.

A blend of traditional Korean hot pepper paste (gochujang) with miso, sake, soy sauce, and rice vinegar, ssäm sauce is a super-spicy condiment that maintains intricate flavor. Though only the real spice lovers can handle it as a dipping sauce, ssäm shines when used as a marinade or tossed over roasted meat and veg.

If you’re looking for a sauce so hot your tongue tingles for hours after your meal, Pain Is Good is the best option. It’s available in Jamaican-style, Louisiana-style, garlic-style, and combos of the three. Smear it on burgers to wake up boring beef.

This smoky sauce is rich and spicy, but Tabasco isn’t as vinegary as other hot sauces, so it works well in cocktails and pasta dishes like mac and cheese. We highly recommend a few dashes in tomato-based drinks such as Bloody Marys or micheladas.

A Mexican hot chili sauce produced in Guadalajara, Valentina is renowned for its flavor, not just its heat. The more mellow sauce does well on egg dishes and veggie sandwiches.

Written by Rebecca Firkser on February 2, 2017