Do You Have to Break Up with Yogurt If You Have Diabetes? 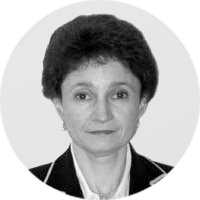 Yogurt has a lot of conflicting press right now — is it good? Is it bad? And what about if you have diabetes? The answer, per usual, is kinda complicated.

But fear not! If you’re going through yogurt varieties faster than T Swift goes through boyfriends, we’re here to help you figure out which kinds are worth your while, which are best avoided, and which it’s time to break up with for good. (Cue I Knew You Were Trouble.)

General guidelines for yogurt snacking when you have diabetes

Good news: Experts consider yogurt to be part of a healthy diet for people with diabetes. The key is picking the right kind.

The creamy stuff does contain carbs, which you need to watch if you’re trying to manage your blood sugar. But it’s also loaded with diabetes-friendly nutrients like protein, calcium, and vitamin D. It’s also tied to important benefitslike lower systolic blood pressure and a reduced risk of developing type 2 diabetes.

And because it’s a fermented food, yogurt is rich in good bacteria that can promote a healthy gut — which may also be a key factor in managing diabetes.

The best type of yogurts for diabetes are plain, unflavored varieties that are low in fat, according to the 2015-2020 Dietary Guidelines for Americans.

Unflavored yogurt that’s free of added sugars tends to have a healthier balance of carbohydrates to protein. That keeps the overall glycemic index low, so it won’t spike your blood sugar.

Now, what about yogurts with fruit — they’ve gotta be a healthy choice, right? Not always.

Even if yogurt is flavored with fruit, there’s a good chance it contains added sugars that can up the carb count and raise your blood sugar too much. You’re better off leaving the fruity varieties behind. Instead, try mixing your own fruit into plain yogurt.

Same goes for yogurts made with artificial sweeteners, which findings suggest could contribute to glucose intolerance or make it harder to keep your weight in check.

If you’re still unsure whether a specific yogurt fits the bill, just check the nutrition label. Diabetes-friendly yogurts should have less than 15 grams of total carbs and less than 10 grams of sugar.

Okay, so plain, unflavored yogurts are the most kosher options overall. But what about all the different styles of yogurt — are certain types healthier than others? From traditional to Greek to trendy options like kefir and Skyr, here’s a look at the best options.

The Beyoncé of yogurts, Greek is the style most often placed on a healthy food pedestal. This style of yogurt gets strained to remove more liquid, so it’s thicker and creamier than the regular kind.

The straining also means Greek yogurt can pack up to twice as much protein and half as many carbs as regular yogurt, making it one of the best choices for people with diabetes.

Also called Skyr, this cultured dairy product has a lot going for it. Like Greek yogurt, it’s strained, so it’s high in protein and lower in carbs. It’s also often made from skim milk, so many varieties tend to be low in fat.

Plain, unflavored regular yogurt still has a healthy ratio of protein to carbs and a low rating on the Glycemic Index. It’s not as packed with as much protein as Greek yogurt, but it’s still a diabetes-friendly option.

Australian style yogurt is similar to the regular kind. It’s unstrained, so it has a thinner consistency, less protein, and more carbs than Greek or Icelandic yogurt. But, just like regular yogurt, plain varieties of Australian yogurt can still be a healthy option.

This fermented milk drink has a similar flavor to yogurt but a much thinner consistency (it’s more like a smoothie than a spoonable snack). Unflavored options can be great for people with diabetes. Some research actually ties kefir consumption to lower levels of A1C and fasting blood glucose.

Probiotic yogurt is simply yogurt that contains added strains of live, active cultures like Bifidobacterium lactis or Lactobacillus casei. Many yogurt styles are made with added probiotics, and it’ll usually say so on the label.

The jury is still out on whether probiotic yogurts offer extra health perks, but a recent review found that these options aren’t any more effective at improving blood sugar levels in people with diabetes than other yogurts.

Plant based yogurts can be made with a variety of nondairy milks — from almond or soy to coconut or cashew. Each one has a different nutritional profile and some contain added sugars, which can send the carb count too high for people with diabetes. Most contain less protein compared to yogurt made from dairy.

If you’re thinking about trying a plant based yogurt, your best bet is to check the nutrition facts. As long as it has fewer than 15 grams of carbs and 10 grams of sugar, you’re good.

Are foods made with yogurt as healthy as yogurt itself? That depends on the other ingredients. Most of the time snacks like Froyo or yogurt covered pretzels or raisins are higher in added sugars and lower in protein than plain yogurt. So, they’re not often the best choice for people with diabetes.

If you have a favorite yogurt-y snack food that you’re trying to incorporate into your diet without messing up your blood sugar, consider talking with a dietician to figure out the best options.

Yogurt brands that get a thumbs up

Whether you’re on the hunt for Greek yogurt, regular, or something else, you can feel good about adding these picks to your cart.