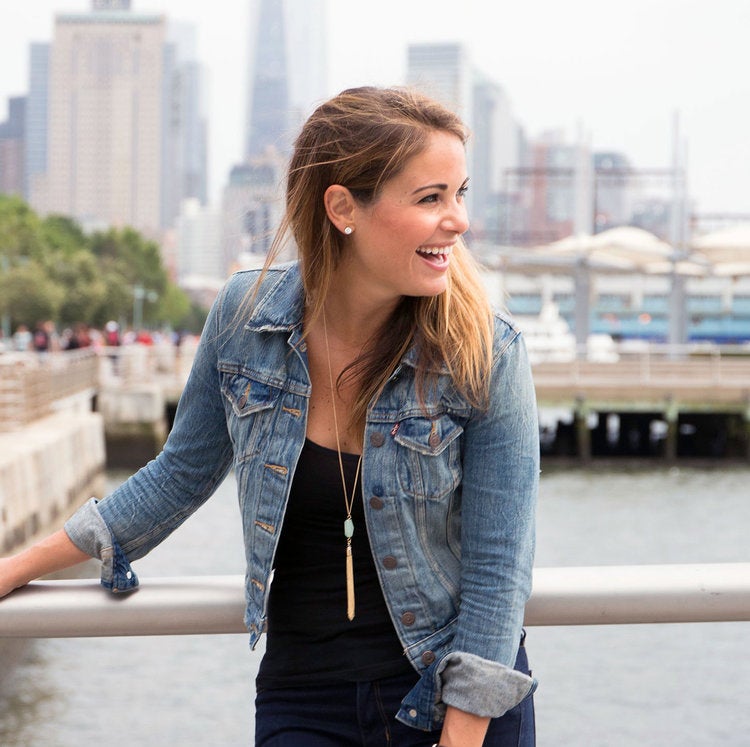 See How Much the "Perfect" Female Body Has Changed in 100 Years (It's Crazy!)

Body image has become the topic du jour in pop culture. Whether you’re “All About That Bass” or into “Anaconda,” most messages are positive—and a far cry from the “heroin chic” and “thinspo” images of the past. But even with all the body-positive mantras out there, the negative voice inside our heads still takes over sometimes. Unfortunately, stopping the “fat talk” and learning to finally, completely love and accept our bodies is easier said than done.

Enter Taryn Brumfitt, an Australian mother of three, founder of the Body Image Movement, and author of Embrace. In 2013, Brumfitt posted the before and after photo heard ‘round the world, which received more than 3.6 million clicks on Facebook overnight. But it wasn’t the type of transformation you’d probably expect: Her before photo shows off her fit physique on stage in a figure competition, while her after shot shows her body once it evolved back to its natural shape. Her point: Here’s a woman who achieved a “(near) perfect” body—and it’s not all it’s cracked up to be, as she explained to Greatist.

I had been speaking to some friends earlier that day who were struggling with the relationship they had with their body, so I posted it to demonstrate to them that they could love their body. Usually before and after photos show how an overweight woman transformed by losing weight and becoming miraculously happy. I was trying to demonstrate the point that you can be healthy and happy at any stage, and that health is not just physical but emotional and spiritual too. In the after photo, I was the healthiest I’ve ever been in my entire life. I could run 10 miles without being breathless. I was meditating. I was eating healthy, but eating chocolate and burgers too. Life is about balance. In that after photo I had it all—I wanted to share it to simply help women.

Health is not just physical, but emotional and spiritual too.

How did you get into bodybuilding?

Right after I had my first child, my tummy, which had been glorious and round for the past nine months, turned into a big blob of fatty mess. I spent the next few weeks feeling very resentful. I lived in a body that I hated. Then out of the blue I was with my personal trainer at the gym, and I said, “I wonder what it would be like to have the perfect body?” Her response: “Why don’t you train your body and enter a bodybuilding competition?” At first I thought she was crazy!

I trained for 15 weeks, lost 15 kilos [about 33 pounds], lost almost all of my body fat, gained a ton of muscle, and shimmied my new bikini body across a stage in front of hundreds of people. But the process was hard, hard, hard work. I would be up most mornings at 5 a.m., spending hours at the gym. Most days I trained twice a day. I ate a very strict diet, which put me in a grumpy mood. I would go to the beach with my children to eat fish and chips, and I would pull out my Tupperware container of boiled chicken and vegetables—not much fun for a lover of food like me! I love moving my body but not as intensely as that.

The one thing that annoyed me was the reaction of people who said I was promoting obesity. You simply cannot judge someone’s health by how they look—it’s just not possible. Take my brother Jason. He played Sean Penn’s movie double in The Thin Red Line, and to an outside observer, Jason was tall, charismatic, handsome, healthy, and basically had it all. But the truth is Jason was a heroin addict and subsequently died from his addiction.

What is the main message you hope women will take from your book, Embrace, and your upcoming documentary?

It is possible to learn to love your body and to know that you body is not an ornament but rather a vehicle to your dreams.

For more, check out this adapted excerpt from Embrace: My Story from Body Loather to Body Lover.

I have been on every diet you can possibly imagine. I’m talking low-carbohydrate diets, high-protein diets, food combining diets, fruit-only diets, calorie-restricted diets—if a diet exists, I have been on it. And if you measure a diet’s success by a lack of kilos put on, then I have failed every diet! That’s because the little buggers don’t work. Let me repeat that: Diets don’t work! A recent study showed that a staggering 95 percent of dieters who lost weight put the weight back on, and even more alarming, two thirds of those people ended up heavier than they were before. We’ve got more diets than we’ve ever had and a greater rate of obesity. Fighting fat hasn’t made the fat disappear!

It’s a shame that so many women’s self worth is determined by a number on a scale.

It’s time to raise the white flag, because we’ve officially lost the war on obesity. We need to look at ourselves and our health from another perspective. What the world doesn’t need is another slim-down shake or “diet expert;” what the world needs is a self-love overhaul. The power of change lies within each of us.

It’s a shame that so many women’s self-worth is determined by a number on a scale. Back in the day when I thought scales were my best mate, I would weigh myself every day, naked, after my morning wee, before breakfast. Weighing myself was part of my morning routine; just like having a shower or brushing my teeth, I never forgot to do it. From the moment I stepped onto the scales, I was judging if I was fat or thin, good or bad, or had succeeded or failed.

But your health cannot be determined by a number. And don’t you think it’s a little odd allowing a number to dictate your mood for the rest of the day? Ditching my scales was incredibly liberating. I was amazed at the sense of freedom that throwing away one small object could do for me. And I encourage all women to do the same.